From left, Rural Broadband Cooperative board members Deborah Grove and Tom Bracken, president Brandon Beck, and Ken Diven, one of the founding members, stand for a portrait at the cooperative’s wireless internet tower in Mill Creek, Pa., on Tuesday, June 23, 2020. Local residents worked together to build and maintain the tower, which became operational in October 2019, because they were frustrated with slow internet service. (Tim Tai/The Philadelphia Inquirer via AP) 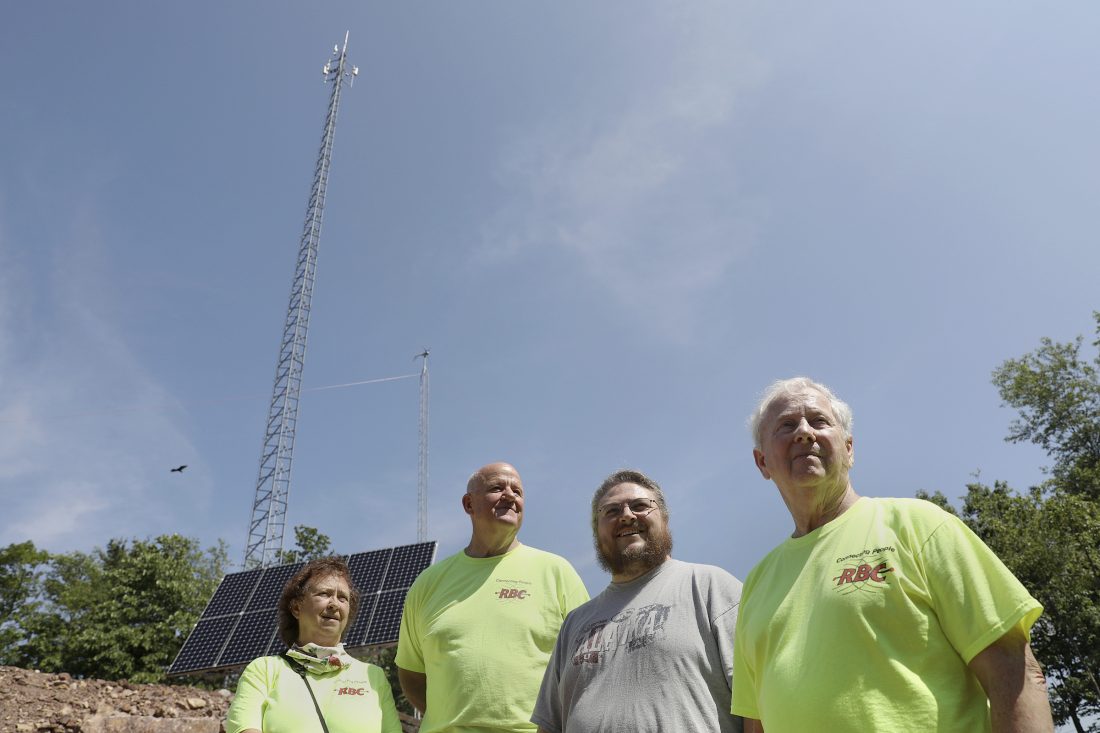 From left, Rural Broadband Cooperative board members Deborah Grove and Tom Bracken, president Brandon Beck, and Ken Diven, one of the founding members, stand for a portrait at the cooperative's wireless internet tower in Mill Creek, Pa., on Tuesday, June 23, 2020. Local residents worked together to build and maintain the tower, which became operational in October 2019, because they were frustrated with slow internet service. (Tim Tai/The Philadelphia Inquirer via AP)

MILL CREEK (AP) — Big Valley is a living postcard of Pennsylvania. Jet-black buggies hug the shoulders of its long, straight roads and knobby-kneed foals prance in fields so green they look electrified. Most signs there urge motorists to repent and rejoice, or to buy fresh strawberries from the Amish children sitting in the shade.

But one Pennsylvania tradition also plagued residents who live in this sweeping landscape: slow, unreliable, and expensive internet service. The government couldn’t help. Private suppliers have long said improved speeds were too costly to provide for such a sparsely populated area. So a group of mostly retirees banded together and took a frontier approach to a modern problem. They built their own wireless network, using radio signals instead of expensive cable.

“We just wanted better internet service up our valley. It was pretty simple as that,” said Kevin Diven, a founding member of the Rural Broadband Cooperative.

The nonprofit RBC services anyone who can see the 120-foot, former HAM radio tower its founders bought and erected on a patch of land they lease from an Amish man at around 1,900 feet on Stone Mountain, on the border of Mifflin and Huntington Counties, 180 miles from Philadelphia. Users pay an initial set-up fee of about $300, and monthly costs for the service are approximately $40 to $75, depending on the speeds you choose, ranging from 5 to 25 megabits per second.

The RBC has just under 40 paying customers. 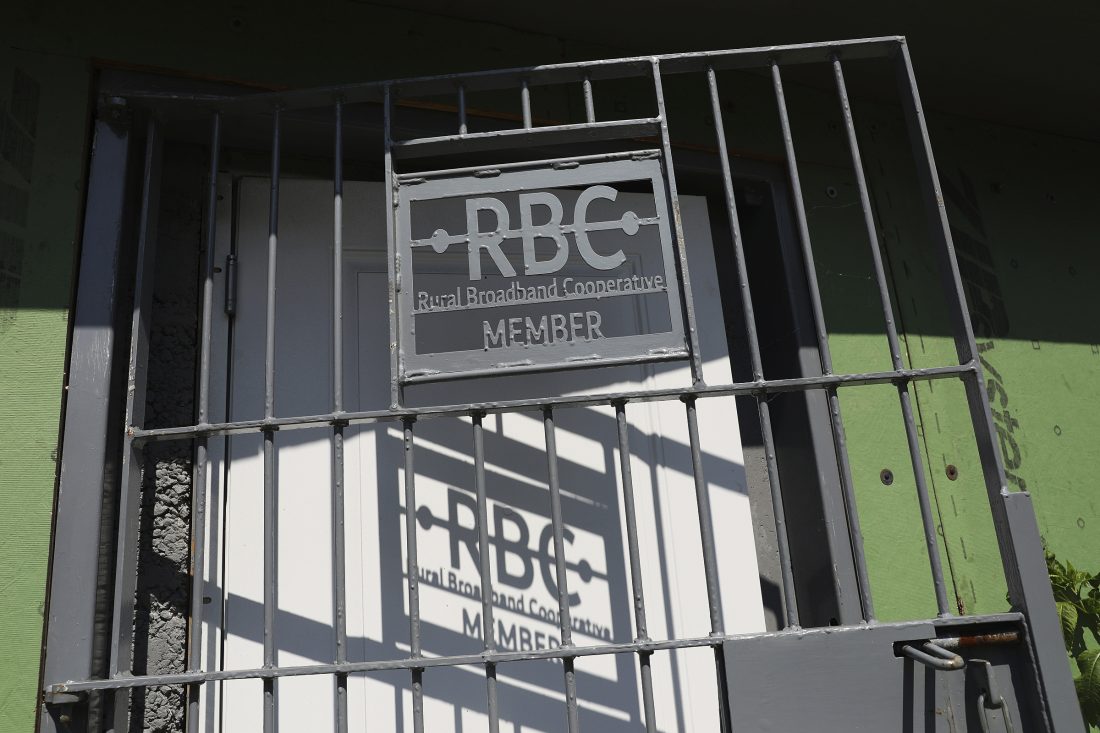 AP photo by TIM TAI/ The Philadelphia Inquirer
The door to the bunker housing control systems is pictured below the Rural Broadband Cooperative’s wireless internet tower in Mill Creek. Local residents worked together to build and maintain the tower, which became operational in October 2019, because they were frustrated with slow internet service.

A Pennsylvania State University research project conducted in 2018 found that internet speeds in the state were dismal. Counties such as Sullivan and Wyoming in the northeast, along with vast areas in and near the Allegheny National Forest in the northwest, had the slowest speeds. Some were as dismal as 0 to 3 megabits per second, far below the FCC’s 25 mbps benchmark for “high speed.” A 2016 Federal Communications Commission report estimated that 39 percent of rural Americans, about 23 million people, had no access to 25 mbps. In Pennsylvania, the number of people without access to high-speed internet is 803,645, about 6 percent of the state’s total population.

The Philadelphia suburbs had the highest speeds.

The areas of Mifflin and Huntingdon Counties that the RBC serves often had speeds less than 2 mbps, Diven said. He was served by Verizon and said he was frequently in touch with the company about improving speeds. Verizon representatives often attended local meetings about the issue. Comcast, he said, wanted $80,000 to lay high-speed internet for approximately eight miles.

“I tried the FCC and the PUC (Pennsylvania’s Public Utility Commission) and got nowhere,” said Diven, who had hoped they would intervene with the private providers.

The issue of slow internet speeds isn’t something that anyone rages on about, but it’s a consistent problem from coast to coast, made even more noticeable during the pandemic. In some parts of Pennsylvania, online learning was not possible for school districts. Kotala, 30, works as the mapping coordinator for the Pennsylvania Environmental Council and has to download large files to her computer daily. When the COVID-19 pandemic struck, she left her office in State College and started working from home, where downloads screeched to a halt.

After one month of quarantine, she bought into the RBC and loves the service.

“I had already gotten rid of Netflix because watching any movie online was a nightmare,” she said. “I would have to sit there and wait for stuff to download or upload and just go do something for a while.”

The RBC’s members did all the work starting in 2017, saving money by divvying up talents and livelihoods. Approximately 25 people kicked in $60,000 for the project. Some worked in construction, others in engineering. One was a former genomics professor at Penn State, another retired from the U.S Army. Brandon Beck, the RBC’s president, was a professional musician in the Tampa Bay area, playing the French horn. They pooled their money to clear the land, buy the tower and equipment, and pour concrete for the bunker that houses the electronics, which includes two banks of batteries used to propel Nissan’s electric car, the Leaf.

“They were available,” Beck said, explaining the batteries.

Power is supplied through solar panels, with a back-up wind generator.

The signal went live in 2019. Unlike traditional DSL or satellite-based wireless, the RBC taps into an existing fiber line it turns into a radio signal that bounces off a dish fastened to a three-pump gas station in Allensville. The signal races across Big Valley, then up the mountain past buzzards and ravens. The signal can be bounced off other dishes and relayed to other homes, much like a laser off mirrors. Each home has its own small dish to receive the wireless signal from the tower.

The signal can service a 15-mile-radius. Fixed wireless systems are “line of sight,” meaning users have to be able to see the tower from their residences in order to connect. Sometimes, trees block it.

Tom Bracken, an RBC board member, said pines are the worst.

“If you’re going to try to shoot through pines,” Bracken said, “just hang it up and go home.”

Bracken, retired from the U.S. Army, said fixed wireless systems exist all over the world and rural communities can emulate what the RBC did.

“You have to tap into the skills of your community,” he said. “You never know who your neighbor is and what they can do.” 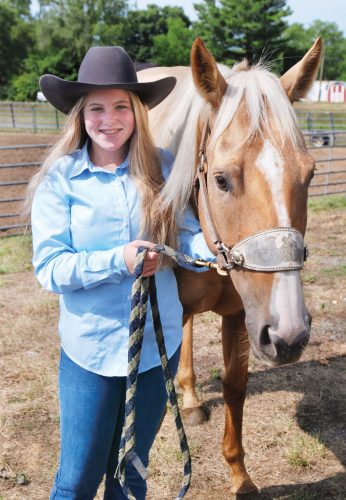 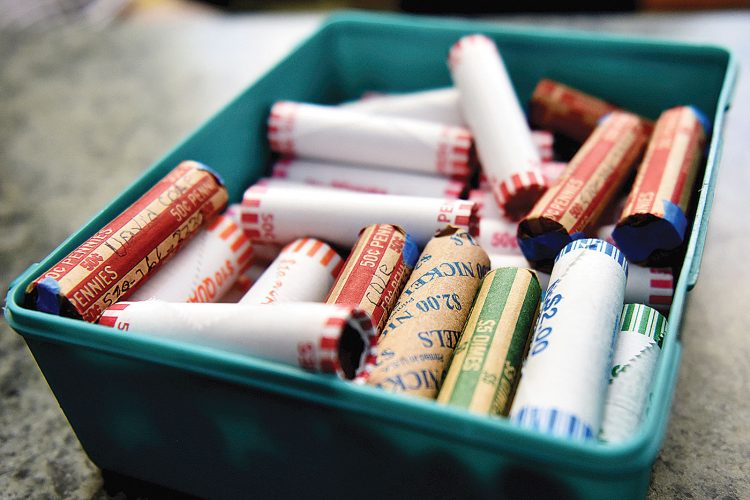