Future of football up in the air 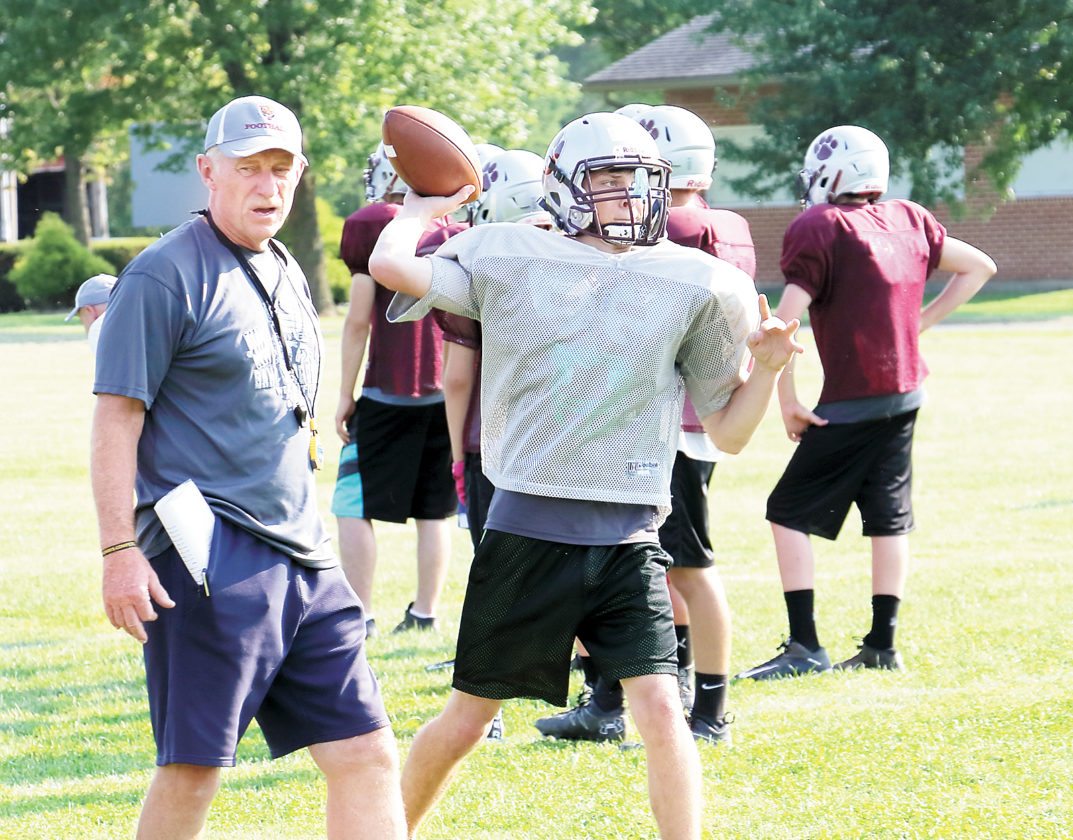 Sentinel photo by MATT STRICKER
East Juniata High School football coach George Miskinis, left, works with Midd-West High School’s John Balatincz during practice Wednesday in Cocolamus. This season is the final year of a cooperative agreement between East Juniata and Midd-West for football. Beginning in 2018, East Juniata’s and Juniata’s football programs will merge. Midd-West must soon decide how, or if, it will offer opportunities to play football for its student-athletes, who comprise a majority of the roster at East Juniata.

MIDDLEBURG — There’s little question that the leadership inside Midd-West School District wants to keep football as an option for its student-athletes.

The cost of the sport will play a major role in the ability of the district to meet that goal.

The discussion begins in earnest Monday when the school board holds a work session at 7 p.m. at Middleburg Elementary School. Along with the option of starting a football program at Midd-West, representatives of Mifflinburg Area School District were invited to discuss the possibility of a new cooperative agreement.

The issue was forced when Juniata County School District, with whom Midd-West has a cooperative agreement for football, voted to end that agreement and merge the programs at its two high schools. Midd-West has provided a majority of the players for several seasons of East Juniata football, and the home games are played at West Snyder Elementary School in Beaver Springs.

Figures provided previously by the school district show that football cost Midd-West about $29,000 last year, with roughly $21,000 of that being paid directly to Juniata County School District for the co-op. The total cost of the team shared by both schools was nearly $48,000.

Midd-West superintendent Rick Musselman projects a startup program would add a significant cost the first year to Midd-West’s budget, along with increased costs each subsequent year — meaning the total cost of football could be $66,000 the first year Midd-West struck out on its own, and $51,000 to $56,000 each year thereafter.

“These are estimates, but we feel these are fairly accurate,” Musselman said in an email in late July.

By comparison, Juniata High School spent $49,800 on its football team last year, and Mifflin County $59,600. The cost for both of those teams and the East Juniata co-op varies from year to year.

“There really is a difference when asking ‘what does a football program cost?'” said Michael Miller, the business manager at Midd-West. “At the end of the day it’s what your general fund cost is plus that booster support, but when you talk to most business managers they’ll just give you the general fund number. It really complicates things.”

Booster support, both Miller and Musselman agree, is going to happen. But when, and how much, can’t be counted on — for example, pledges of $20,000 each from Midd-West’s elementary football program and a consortium of local businesses are merely promises until the money is in the bank. And that money may bypass the school’s books.

“My experience has been the donations from booster clubs do not run in as a direct expenditure through the football budget,” Miller said. “Every district is different in how they view their booster support. You just don’t know how active the boosters are and how much they’re actually contributing.”

Or what they’re buying — East Juniata’s boosters, and Mifflinburg’s, have purchased a number of pieces of equipment; those costs do not appear in the school district budget.

Schools do receive some revenue from football — Midd-West is the beneficiary for the East Juniata games as host — but football is nowhere near revenue neutral. Many school districts, including Midd-West, assess an activity fee for athletes, but 50 players at the $50 Midd-West collects only brings $2,500 to the table.

Musselman, who was Juniata County School District’s superintendent when that district had one of the highest fees in the state, is not inclined to look at that as a means of paying for one sport.

“I inherited it there and my whole thing was to bring that down,” he said. “I wouldn’t recommend jacking that up for one sport. I would rather look at, ‘Hey boosters, can you give us a hand and help out with that end of it?'”

And a bad season on the field affects the take at the gate, which is why stadium income can’t be counted on.

Juniata County School District recently voted to sell the equipment remaining when East Juniata’s football team is dissolved to its co-op partner, but what will be there — and how much of it is useful — remains to be seen.

“We may have holes, we may have to buy some items. We have budgeted maybe $25,000 for those items, Miller said, after accounting for Juniata equipment. “The cost goes down as you go forward. These items are historically what a booster club helps to purchase.”

“We have an inventory of their equipment from last year. Obviously we have another year yet. Juniata may want to take some things,” Musselman explains. “Those helmets — every one of them is going to have to be reconditioned. I can get all their pants and I can get their shirts and everything else, but that’s not our game uniform. That’s going to say East Juniata on them.”

Another new cost for Midd-West to absorb with a new team is transportation. It does pay to move kids between its schools and the two schools involved in the co-op now.

“We don’t pay for transportation to the away games, we don’t do some of that stuff. All those additional costs are factored in there,” Musselman said. “We can’t operate on ‘gee whizzes’ and ‘hope fors’ — we have to actually budget and plan what we’re going to do.”

Still, he stresses the opportunity as the biggest driving factor.

“That’s why we’re even looking at a co-op. At least the kids who want to play football would have the opportunity.” 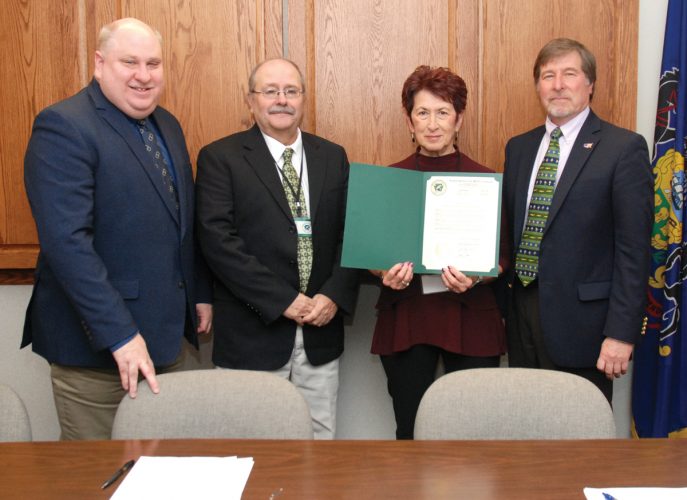