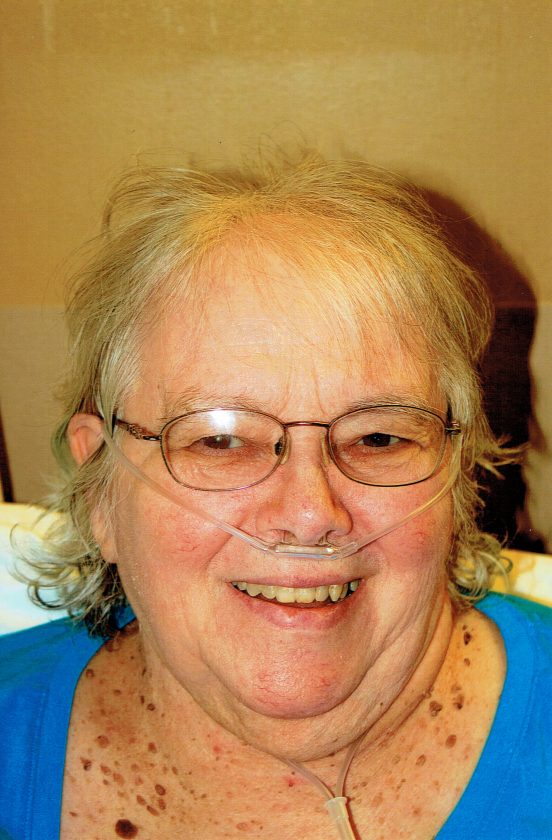 Born March 31, 1939, in Lewistown, she was a daughter of the late Kenneth and Eleanor (Rupp) Hartley.

In addition to her parents, she was preceded in death by her husband, Samuel Yetter, who passed in May 1999. Also preceding her in death were her brothers, Carl Hartley, in December 2008 and an infant brother, Stephen Hartley, in 1950, and her stepmother, Dorothy (Hinkle) Hartley, in February 2003.

She was a Lewistown High School graduate, Class of 1959.

Nancy was a member of the Maitland Church of the Brethren, and the women’s Sunday school class.

She was a homemaker for most of her life and her greatest joy was spending time with her family, playing cards, working on puzzles and playing the carrom board game.

A receiving of family and friends will be held from 9:30 to 11a.m. Wednesday, Oct. 9, 2019, at the Maitland Church of the Brethren, 315 Crossover Drive, Lewistown, with a memorial service to follow at 11a.m., with Pastor Charles Eldredge officiating.

Arrangements are under the care of Hoenstine Funeral Home, Lewistown.

Online condolences may be offered to the family at www.hellerhoenstinefun eralhome.com.