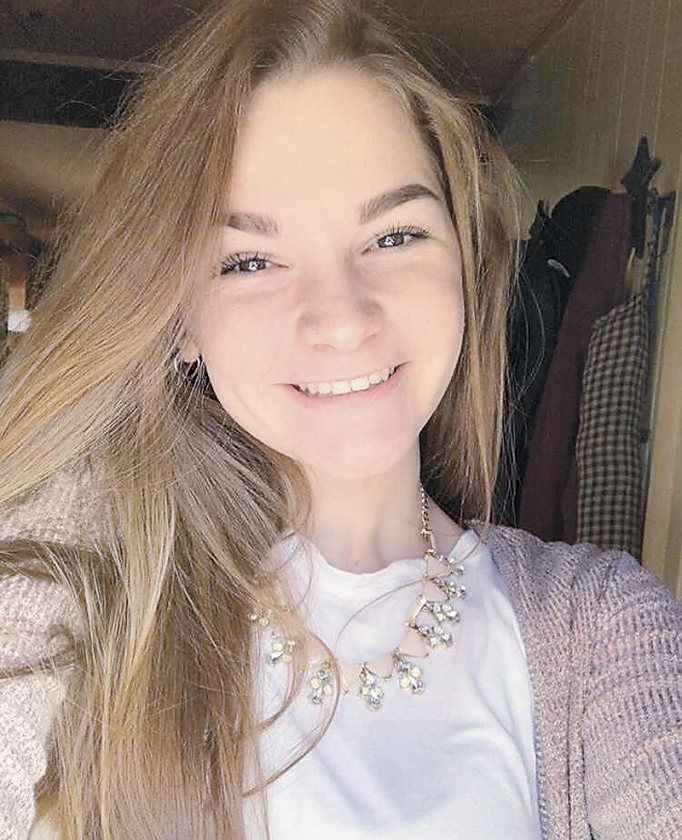 Author’s note: Imagine it is 1994, and you are 17 years young with a child of your own. This is my mother, Stephanie’s, story that I chose to write about to send out a message. Her story is not trying to persuade you to become a teenage parent, but is letting those who are pregnant at a young age know that life does work out. Pregnancy is not always the best option, but for my mom it was. It was a way to help her get out of the tough time period with her parents while living in a small town called Lewistown. Becoming a mother is hard work, and you have to strive to be able to do so, especially if you are on your own. In this story, my mom explains her life changes on being a pregnant teenager but also explains that it is not impossible. All you need is time.

Life does not always go as planned, and that is what happened to Stephanie, my mother. Stephanie was only 15 years old when she first got pregnant, by accident. She then lost the baby at 16 years old, when she was six weeks and six days along. She was devastated. She had a bad home life, her parents were always yelling, she had lived in eight states by the time she was 15, and she did not want to be around the people in her life anymore. Since her dad always said to her, “If you get pregnant I will kick you out of the house,” that is exactly what she did. She got pregnant and moved out on her own at just 17 years old. She wanted out. The day she found out, she was sitting in the house with her mom and her mom’s friend. She went to the bathroom and took a test; it was positive. She did not say anything to anyone until the next day. She was trembling with fear when she found out, because even though this is what she wanted, she did not know how she was going to make it on her own. The next day came, and she started to jump with joy. Her world was lit up. She finally told her boyfriend, who is my dad, Daniel. His response was just, “OK.” She said he did not seem to care either way, and that made her upset. Later on she found out that Daniel had told his father that he was going to be a grandpa, so Stephanie concluded he was just trying to keep his cool and not get all excited to keep up his “manhood,” and her heart started to feel warm and fuzzy again.

While enrolled in school, she was pregnant, and unfortunately being a pregnant teenager in high school is not ideal. There were parents who did not allow their children to talk to her because of her pregnancy, which they said was a “bad influence.” One girl even asked her, “How did you even get pregnant? You’re so quiet,” and that made my mom mad. She felt as if people should not pre-judge others; just because she did not talk to her, does not mean she did not talk to others or that she did not have friends or a boyfriend.

Stephanie gave birth and finally moved out, all on her own. Daniel stayed with her in the hospital a couple nights, but other than that, he did not live with her until three years later, so she did everything on her own. She took me to daycare in the mornings, went to school, and picked me up straight after. On top of being pregnant in high school, she had two other jobs. She worked at McDonald’s and Walmart. After she had me, she quit McDonald’s and worked full time at Walmart. When she worked, she took me to her mom’s house, despite the differences of getting pregnant at a young age, and after work, she picked me up, bathed me, put me to sleep, and then stayed up for hours finishing homework that she could not do on break at work.

There were days she was too tired from taking care of a baby and working a full time job that she would just go into school late every day, but she still went. Again, even though this is what she wanted, she did not feel as if she was ready to be a mom. Her response was, “I felt that I had to be grown up to be better for you, but as for being a mom there is no handbook on being one, or how to take care of babies. I do not think anyone is ever ready to become a mom. That is why you learn and I still do every day, but it is one of the best feelings in life.”

Before Stephanie planned to have a baby, she always wanted to be a teacher or nurse. Right away, she could not pursue those dreams because of being a single mother. Although, now two years after having her fourth kid, she finally went back to school to be a nurse and do what she always wanted to do. She was asked if she would have rather waited until she was older to have kids so that she could have pursued her career, and she said only to have given her kids more here now in the future, but other than that not at all, because she believes everything should have happened how it did. Kids are a blessing not a burden, careers can still be pursued; it all takes time and effort. If something is wanted, set goals and reach for them. Do not settle for less because you don’t believe in yourself.

Becoming a mother is not easy, so I asked Stephanie what she would tell a girl who is considering or is becoming a mother the same age she did. She had a hard time answering this question, because what right words are there to say to someone when there is not a right way to do so, or that you yourself do not have a clue. Everyone’s life, and every baby is different, but she came to a conclusion. Her response was, “It is the best feeling I had and the best action I took in my life, but also the hardest. I do not feel there is a right time to have a baby, however being more prepared and having a support system is very important. If there is no support for you and your baby, that is fine. You will just have to cope and work twice as hard. It just helps to have one. You always want more for your children than for yourselves. Children should and always need to come first before you do. When you have a child, it is no longer about you. Make sure that the stage in life where everything has to be about you is out of your system, or it will twice as hard when trying to become a mother.”