Sprint Car Speedweek has come and gone. Nine of 10 events were completed this year.

Lucas Wolfe won the overall Speedweek title for the third time in his career. The event is truly a national and international event with racers attending from Australia and the West Coast of the United States.

Most of the drivers indicate they want to return next year. Some hope to increase their participation.

While chatting with promoter Alan Kreitzer last weekend, we reached consensus that this year’s Speedweek was the one that took the whole series to a new level. It’s only going to get bigger and better from here.

So what do you do after nine races? People are tired. So is the equipment. Do you take off a week? Not likely. It’s right back at it tonight as Port Royal Speedway hosts its annual Kids Night with plenty of fun activities and prizes for children. The 410 sprint cars are joined by late models, econo lates and xtreme stocks. Action starts at 7 p.m.

Port Royal, Lincoln and Hesston speedways are dark next Saturday. Why? The World of Outlaws sprint cars return to Williams Grove for the track’s Summer Nationals program. PA Posse racers are going to have to find some speed and fresh equipment if they are to earn a hard fought win against the travelers.

Next week is also special because Eldora Speedway hosts the NASCAR Truck Series, the fifth appearance of the circuit on dirt. Kenny Schrader and Rico Abreu are planning to compete. It’s my opinion this race is the best NASCAR race of the year. Just a reminder, the TV telecast is on Fox Business Network due to Fox Sports 1’s commitment to international soccer.

Tyler Walker planned to compete at Eldora but problems with the Sorokach team’s race hauler will keep them home. Walker will race this evening at Port Royal. Walker won the Kings Royal race previously.

In the NASCAR Cup world Matt Kenseth will be replaced at Joe Gibbs Racing next season by Erik Jones.

ISC Corporation, operators of numerous NASCAR tracks, announced a $30 million renovation to the infield at Richmond International Raceway. The project is scheduled to be done for the fall 2018 race. New garages will be built and an 8,800 capacity fan zone section will allow fans up close access to the pits and victory lane.

Port Royal Speedway hosts the Living Legends Dream Race in two weeks. Mike Wagner is an award recepient. I’ll have more on that next time. Enjoy the weekend! 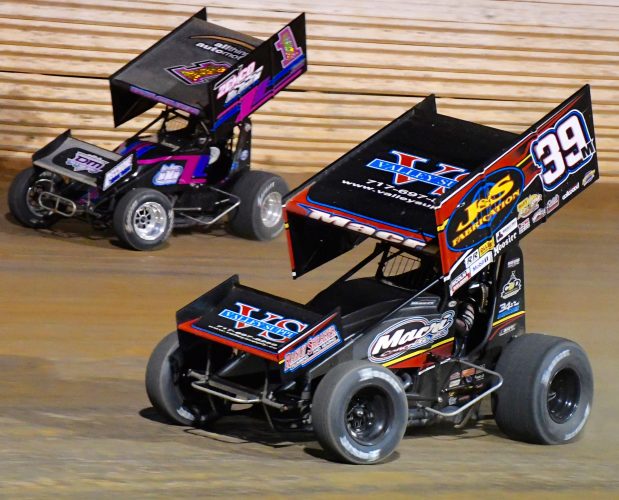 BURNHAM — The Mifflin County Babe Ruth League will open its 66th season on July 1 as eight teams set to battle ...

BECHTELSVILLE — Kyle Larson took the lead from Freddie Rahmer with less than two laps remaining in the Hodnett ...

MOUNT UNION — Getting the perfect present for mom on her birthday is not an easy task. Most children would buy ...