This ranking of being No. 1 is unwanted by all 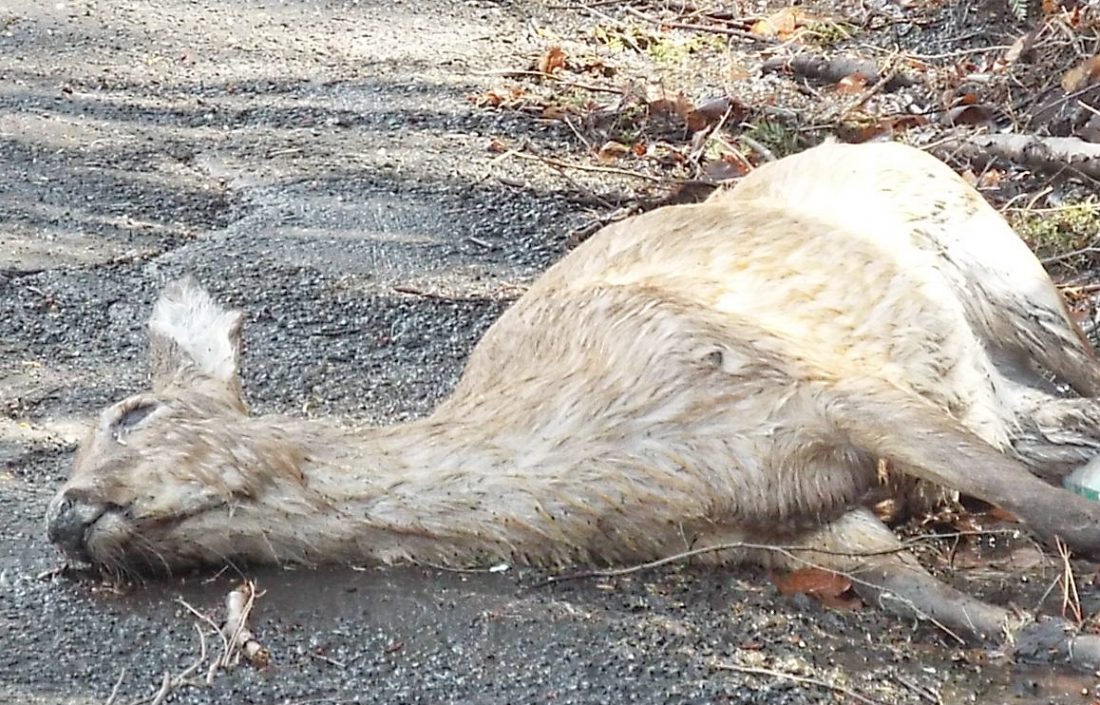 Sentinel photo by DOYLE DIETZ
Unfortunately, there is neither a season nor bag limit — or even days off — when it comes to deer fatalities on the roadways of Pennsylvania, which leads the nation in deer-vehicle collisions.

HARRISBURG — When it comes to whitetail deer, Pennsylvanians can factually make the claim “We’re No. 1!”

Unfortunately, that famous claim more associated with fans of competitive sports teams is not a boast if made by Pennsylvania deer hunters. Instead it reflects the ongoing sad state of affairs for hunters and non-hunters alike when come to deer-vehicle fatalities.

According to the 2019 Quality Deer Management Association Whitetail Report, Pennsylvania remains No. 1 by a wide margin over all other states in deer-vehicle collisions with more than 10 percent of the nation’s estimated total of deer-related accidents as a whole. Based on industry data provided by State Farm Insurance, Pennsylvanians filed an estimated 141,777 claims from July 1, 2017, to June 30, 2018.

Even at that the total is conservative as it is based solely on comprehensive and collision claims. Not included are collisions by policy-holders with only liability coverage on their insurance.

With an estimated 374,690 deer taken by hunters during the 2018-19 hunting seasons, the deer-vehicle accident total represents approximately 38 percent of the overall state total, and hunter success was approximately 10 percent more than the 367,159 taken during the 2017-18 seasons.

Other than the mountainous regions of Pennsylvania’s Northern Tier that provides the habitat necessary to sustain a healthy deer herd, there is a huntable statewide population. That is especially so in the central and southeast areas of the state, where land access is worth the time and effort to secure.

Today the biggest deer-related challenge facing hunters, the Pennsylvania Game Commission and independent agencies is containing the spread of chronic wasting disease and culling deer from the herd that have been identified with the disease, which always is fatal to the deer and elk it affects. CWD has been found in both captive and free-ranging deer, but fortunately has not been detected in most Pennsylvania counties.

Fortunately, the PGC is not deterred in its commitment to battle CWD in spite of opposition from some who have refused to accept scientific research that has identified the cause of the disease.

At the April 9 quarterly meeting of the board of game commissioners the members unanimously reaffirmed their support of agency staff.

“The Game Commission is 100-percent committed to putting into place measures to manage CWD,” board president Timothy Layton said. “We have heard from the hunters and legislators in the Blair and Bedford counties over their opposition to our efforts to control CWD in that region, and we took a step back to re-evaluate a better path forward.

“We will be working with hunters, communities, and legislators to get their feedback on these new measures when they are developed. The Game Commission will not succeed in the battle against CWD alone, and if we are going to be successful, we will need the support of hunters, communities and the Legislature, as future generations of deer hunters are depending on us all.”

One of the immediate steps taken to address combating the spread of CWD is increasing antlerless allocations for the 2019-20 hunting season in the six wildlife management units were the disease is present in free-ranging deer. WMUs 2C, 2D, 2E, 4A, 4B and 4D will receive a combined allocation of 37,000 more antlerless permits than issued for the 2018-19 seasons.

No matter what it takes, keeping Pennsylvania from being No. 1 among CWD states is worth doing.

Doyle Dietz is a board member of the Pennsylvania Outdoor Writers Association. 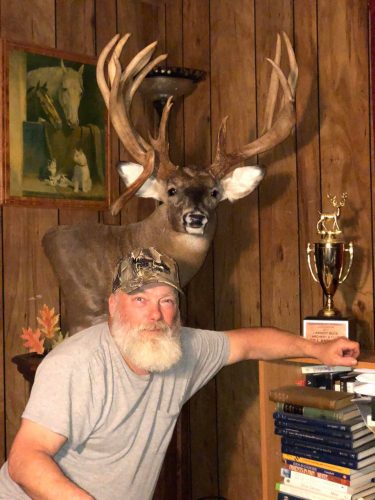