Photo submitted by JENNIFER HOUTZ
Jennifer Houtz crosses a rope bridge during a research trip to the Ecuadorian Amazon in January 2017. On three separate trips to Ecuador, Houtz studied the social behavior of the wire-tailed manakin. 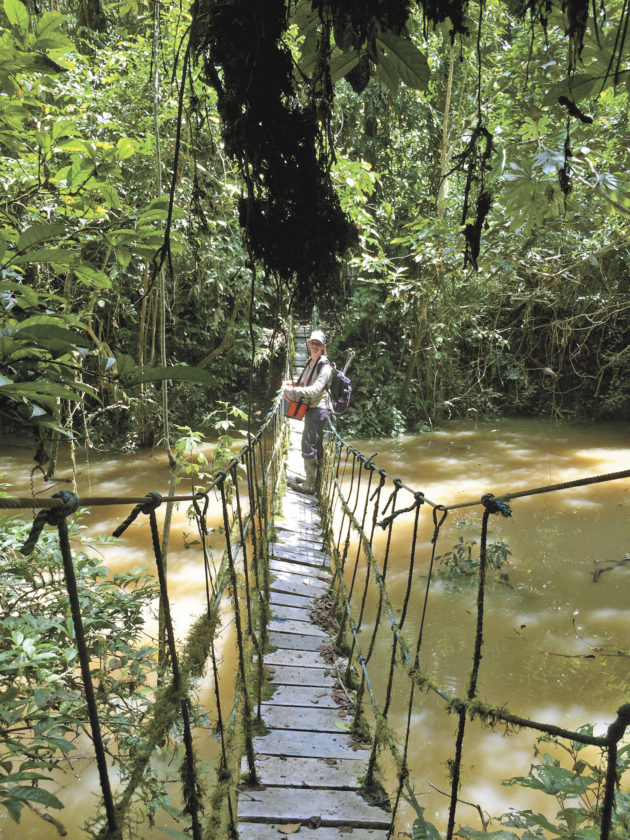 Photo submitted by JENNIFER HOUTZ
Jennifer Houtz crosses a rope bridge during a research trip to the Ecuadorian Amazon in January 2017. On three separate trips to Ecuador, Houtz studied the social behavior of the wire-tailed manakin.

MIFFLINTOWN — It’s often said that with some hard work and dedication, you can make your dreams come true. Some people may dream of traveling to far off places while others imagine attending an Ivy League university. For Juniata County native Jennifer Houtz, hard work made both of these dreams come true.

After graduating as valedictorian of Juniata High School’s Class of 2014, Houtz enrolled as a first-generation college student at Millersville University where she pursued a degree in biology and later, dreams of enrolling at Cornell University.

Houtz said her interest in research began to develop as an undergraduate at Millersville. As her passion grew, so did her sense of adventure, ultimately leading her on three trips to the Ecuadorian Amazon during the winters of 2016, 2017 and 2018, where she studied the hormonal and genetic bases of social behavior of a bird called the wire-tailed manakin.

In order to catch the birds, she and her advisers began each day at 5 a.m., traipsing through the heat of the Amazon with head lamps and heavy equipment strapped to their backs.

“We would slide down muddy embankments or maneuver around tree roots in the unforgiving humidity and heat,” Houtz said. “We stayed in the jungle for hours trying to catch the birds each day. Once we hiked back, we would spend a few hours in the lab processing our samples, go to dinner and then go to bed and do the same thing over the next day.” 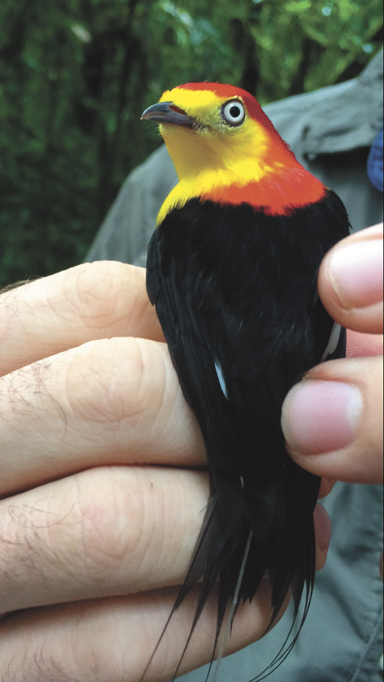 While the trips were mentally and physically grueling, Houtz said that it wasn’t until she had the opportunity to watch the bird’s courtship display through a pair of binoculars that she realized her passion for this field of research.

“I realized in that moment that I was somehow lucky enough to witness one of nature’s wonders in its rawest form,” Houtz said. “I knew from that moment on that I wanted to pursue a research career.”

Houtz’ other areas of research have included studying the effects of herbicides on offspring sex ratios in sparrows, as well as how gut bacteria changes during a bird’s development.

Throughout her work, she also managed secure 12 research grants and 10 academic scholarships, including a Barry Goldwater Scholarship — one of the most prestigious undergraduate research awards in the United States.

“(The scholarship) is aimed to recognize and support highly qualified undergraduate scientists with a scholarship of up to $7,500,” Houtz said. “I was nominated by the dean of the College of Science and Technology at Millersville.” 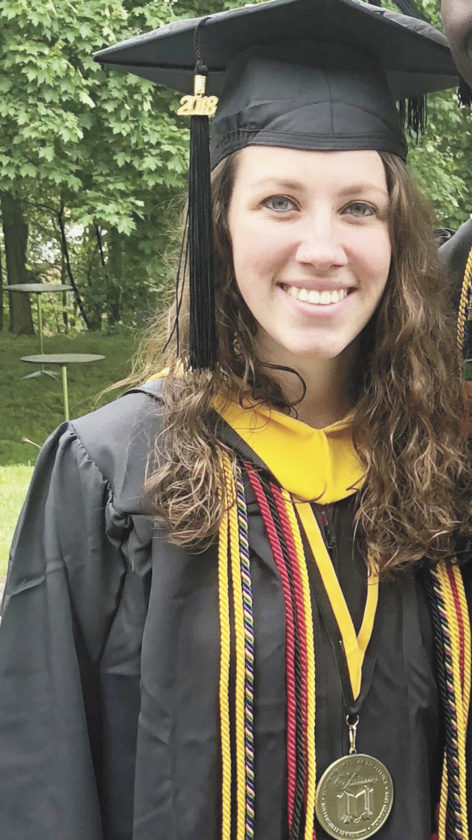 In order to be eligible, students must be enrolled full-time as a sophomore or junior pursuing a degree at an accredited institution. Additionally, students must intend to pursue a research career in natural science, mathematics or engineering while maintaining a GPA of at least 3.0.

With a 4.0 GPA and excellent recommendations from her professors and mentors, becoming a Goldwater Scholar was easily added to Houtz’s list of awards and honors, along with a National Science Foundation Graduate Research Fellowship and three first place student research poster awards.

Houtz said the news of her acceptance into the program was nothing short of a dream come true.

“I was sitting in the lab waiting for an experiment to finish when I decided to check my email,” she recalled. “I saw the acceptance email from Cornell and screamed so loud that the professor teaching a class next door ran into the room to see if I was OK. I can’t even describe the feelings of joy I felt that day.”

During her graduate studies, Houtz said she plans to continue her work with birds by conducting research that “will aim to characterize the links between avian gut microbiome and brain function.” Her graduate work will reportedly take at several years to complete, however, she doesn’t intend to leave academia after graduation.

Houtz stated, “My ultimate goal is to obtain an academic position at the university level, where I can simultaneously pursue my two passions for conducting research and teaching.”

While her education and career may be challenging, with her proven work ethic and passion for her field, Houtz is sure she can achieve these goals and continue to make her dreams a reality.

“The work is mentally and physically demanding, but I can’t imagine myself anywhere else,” she said.