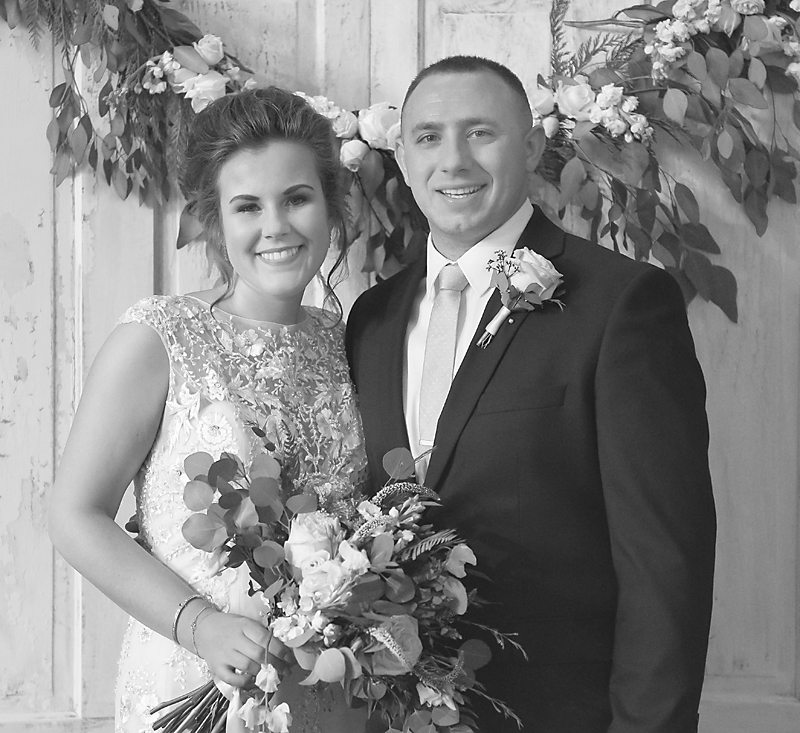 McKenzee Marie Walker and Tyler Edward Hamler were united as one on April 14, 2018.

The ceremony and reception took place at Brookmere Winery in Belleville.

Sister of the bride, Kierstin Walker, of Chicago, was the maid of honor. Bridesmaids included Victoria Ackerman, of Maryland, Kortlin Yetter, of Lewistown, and Jessica Specht, of Burnham.

The groom’s best “men” were Jeremy Hamler, of Bedford, and Nicholas Hamler, of McVeytown.

Dane Wilburne, of Chicago, and Doug Randall, of Phoenixville, were the groomsmen.

The bride is a 2010 graduate of Indian Valley High School, and a 2014 graduate of South Hills with a degree in diagnostic medical sonography. She is employed at UPMC Pinnacle as a cardiac sonographer.

The groom is a 2010 graduate of Lewistown Area High School, and a 2014 graduate of The Pennsylvania State University, majoring in criminal law and justice,with a minor in sociology. He is employed in Mifflin County.

Following a honeymoon, the couple resides in Duncannon.