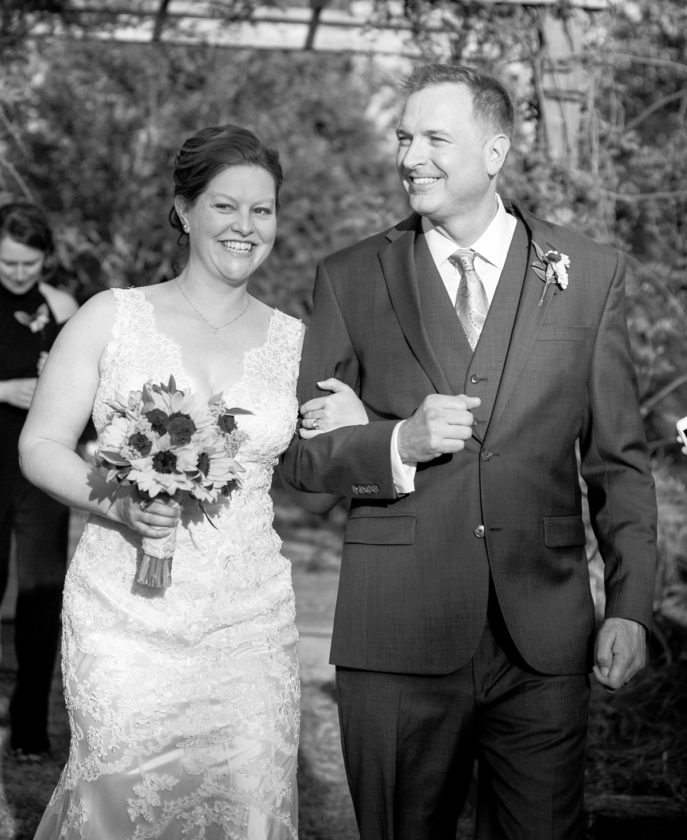 The bride is the daughter of Kevin and Cynthia Fultz, of McClure. The groom is the son of Lael Burns, of Chappaqua, New York, and Merrill Burns and Shelley Burns, of San Francisco, California.

Angeline Piskorski, best friend of the bride, performed the ceremony.

A reception followed at SoCo Farm and Food.

The bride is a 1999 graduate of Lewistown Area High School and 2003 graduate of Mansfield University. She is employed as the Director of Craft Brands for R.A. Jeffreys Distributing Company in Raleigh, North Carolina.

The groom is 1989 graduate of The Harvey School and 1998 graduate of the University of North Carolina Chapel Hill. He is employed by East Carolina University as an associate professor of chemistry.

They reside in Greenville, North Carolina, with their dog, Bailey.