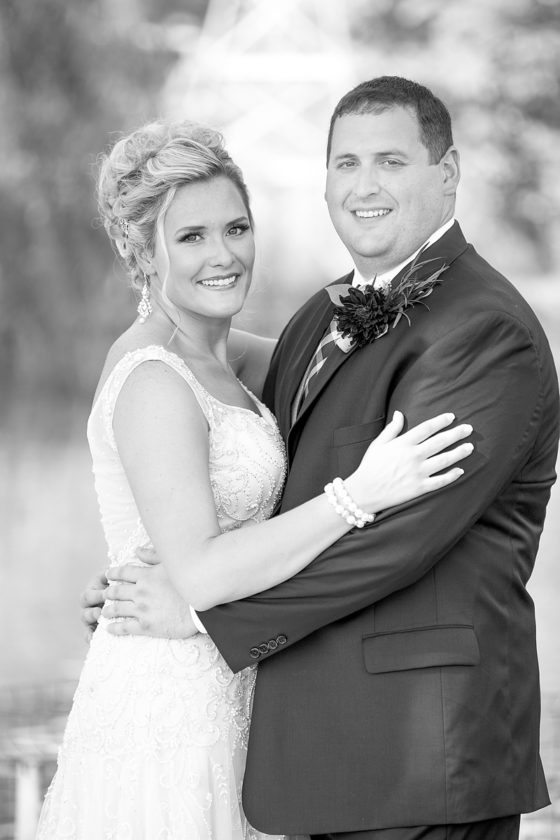 Marissa Horan, daughter of Thomas and Lori Horan of Scranton, and Brandon Wagner, son of Mark and Sandy Wagner, of Mifflintown, were united in marriage on Sept. 16, 2017.

The ceremony was held at the Glen Harbor Hotel on Seneca Lake in Watkins Glen, New York. Brad Keefer, the brother-in-law of the groom, officiated the service.

Given in marriage by her father, the bride wore a Demetrios wedding dress in nude and was attended by Ashley Leoncini, Brigitte Hughes, Laura Goshorn, Courtney Chuff, Melissa Piaraino, Rae Georgia-Tolan and Roby Fales.

Both Brandon and Marissa graduated from Lebanon Valley College, where they met as a football player and cheerleader in the fall of 2006. Marissa earned a doctorate in physical therapy, and Brandon earned a bachelor’s degree in economics.

Marissa is employed as an early intervention physical therapist in Delaware County, while Brandon is an auditor for the Department of Defense.

The couple spent a relaxing weeklong honeymoon in Aruba and reside in Aston, Pennsylvania.