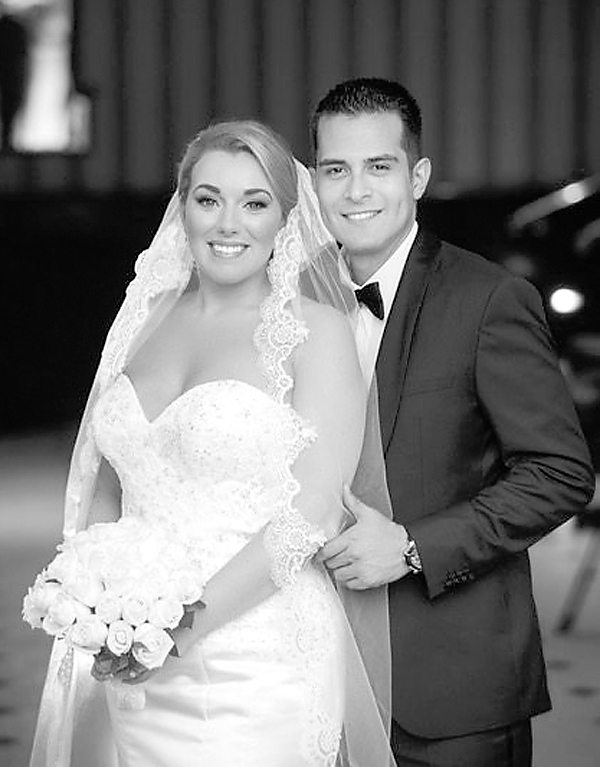 The bride is the daughter of Randy and Sue Fluke, of Burnham. The groom is the son of Lucy Silva, of Sugar Land, Texas.

Taryn Russell, of Burnham, and Sydney Rivera, of New York were maids of honor. Kelvin Hawker, of Sunnyside, and Ken Fan, of Lynbrook, were best men.

Bridesmaids were Gillian Castro, of Norwalk, Ashley Kirk, of Wantagh, and Chasterie Llano, of New York.

Groomsmen were Jesse Mack, of Cedarhurst, Anthony Wang, of New York, and Sean Fluke, of Burnham.

A reception followed at The Somerley, Woodbury.

The bride is a 2008 graduate of Indian Valley High School and a 2011 graduate of the MJCTC nursing program. She is employed as an Account Executive with a commercial real estate firm in Manhattan.

The groom is a 2000 graduate of Lynbrook High School and a 2005 graduate of St. John’s University. He is employed as a transaction manager with a global commercial real estate firm in Manhattan.

Following a honeymoon in St. Maarten, the couple resides in Lynbrook, N.Y.