Submitted photo
Former Mifflin County wrestler Noah Stewart took his wrestling talents to the next level when he committed to West Point and the United States Military Academy. 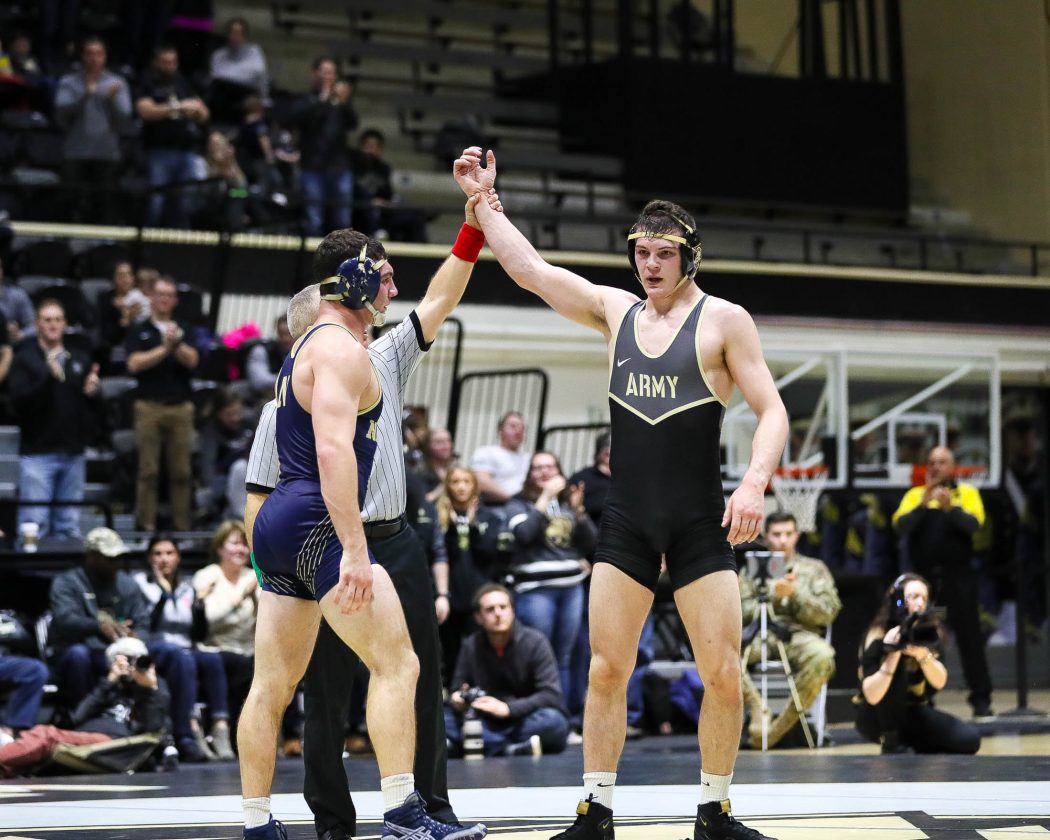 Submitted photo
Former Mifflin County wrestler Noah Stewart took his wrestling talents to the next level when he committed to West Point and the United States Military Academy.

After completing their high school fortunes on the mats, both matriculated to bigger and better things as Stewart made his way to West Point and the United States Military Academy, while Hartsock stayed a little closer to Mifflin County when he made his way across the Seven Mountains to Lock Haven University.

During their senior seasons in high school as Husky matmen, Stewart and Hartsock were two members of what has become affectionately known as “Murder’s Row” in coach Kirby Martin’s Mifflin County lineup. Completing the quintet were Brandon Wilson and the Hidlay brothers, Hayden and Trent. Wilson wrestled for two injury-riddled seasons as a member of the Lycoming Warrior program of coach Roger Crebs, while the Hidlay brothers are both current members of the up-and-coming North Carolina State Wolfpack program, giving Mifflin County four of the five currently wrestling in a Division I program.

When asked if they would make the same choice now that they made four years ago, both Hartsock and Stewart were quick with their answers.

“I would do it a hundred times over,” Stewart said about choosing to go to Army. “Just my experiences that I had in my four years there have really helped me to build the kind of character I have now, just the leadership they have developed in me. I would do it all over again.” 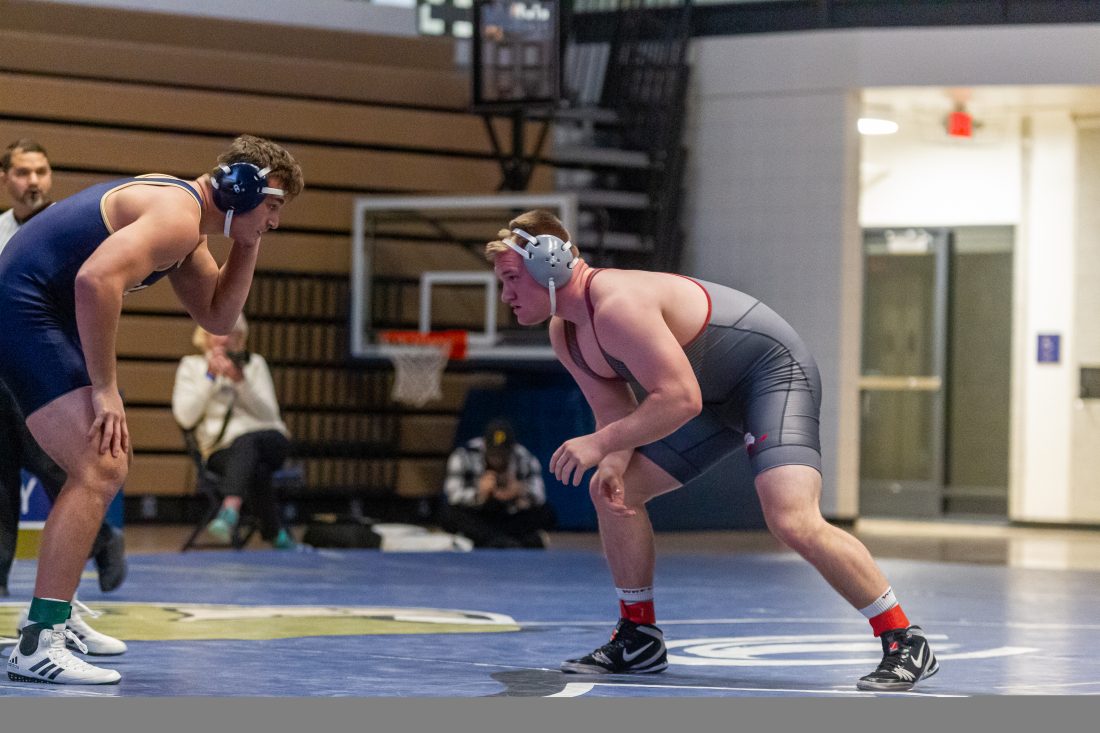 The same is true for Hartsock.

“Yeah, yeah, I love it here,” Hartsock said about making the choice to attend LHU. “I am really glad that I made this choice because I love the coaches, my teammates, and the fans are great. Now if I could have brought all of my buddies from high school with me, that would have been even better.”

Although it was rather doubtful that Stewart and Hartsock would ever meet on the mats considering their size differences, Saturday night at Lock Haven University’s Thomas Field House, they did face each other in a reunion of sorts when the Cadets and Bald Eagles met in a dual meet.

For the first time, they were seated across from each other with their respective teams instead of representing the same squad. Both Stewart and Hartsock said it felt a little strange after being teammates for so many years at Mifflin County.

“I got to talk with him a little bit before the match, just to catch up on what is going on,” Stewart said. “It was good seeing him and it was a little bit of me rooting for my new teammate as well as rooting for my old teammate. It was fun just to sit back and watch him wrestle.”

“I thought it was pretty cool,” Hartsock said of he and Stewart sitting in the corners of opponents instead of being on the same team. “Even though he is on the opposite team, you still want to see him do good. It was fun because we aren’t all going to go to the same college. We actually did wrestle each other a couple of years ago in the Journeyman Tournament. We were at 184 and he got the best of me.”

Although wrestling for two different programs in different settings, West Point head coach Kevin Ward and Lock Haven’s Scott Moore feel fortunate to have the two student-athletes in their programs.

“When we look at someone from their freshman year until now, he (Stewart) is probably the most improved guy in our program, said Ward. “He is also one of the guys who has grown up and matured the most, not just physically, but mentally and emotionally. He struggled when he first got here, but he has really matured to the point where he requires much less from the coaching staff than when he first got here. He is just a great example of perseverance who has battled through some adversity and that has been a great example for everybody on the team.”

“(Hartsock) is just a complete team player,” said Moore. “He works study hall for us, he does extra workouts and he is just a class act in the classroom. He has done a remarkable job as a wrestler filling in. He wrestled 197 and 184 two years ago and he wanted to drop to 197, but we didn’t know if we had a heavyweight due to some medical issues with Isaac (Reid), so he has taken on the role and just works hard. In his case, it is just nice knowing that you have someone who is reliable and every time he steps on the mat you are going to get his best effort. Even though he is undersized as a heavyweight, he has beaten some tough guys this year. He is just someone who we are proud to say that he is a member of our team.”

With their athletic careers winding down, as you might expect, both Stewart and Hartsock have solid plans for moving forward.

“Short term, I am going to graduate from the academy in May,” Stewart said. “I will then have a little bit of time where I will be doing some work with leadership courses for about a year and after that, I will be assigned to my post which I will know where that is going to be in about two weeks. That is what the future holds for me now and I am looking forward to it.”

“After this year, the wrestling for me will be done,” Hartsock said. “I graduate in May and I already have my teaching certification, so I’ll be looking for a job teaching high school and middle school math and science. I would love to get a job back in Mifflin County and help with the program back home.”

Regardless of what lies ahead for Stewart and Hartsock, one thing is for sure. Wherever they go, success will certainly follow them.