Redding recognized the farms – which have been in operation for a combined total of more than 650 years – through the Pennsylvania Department of Agriculture’s Century and Bicentennial Farm Program. The program helps promote the strength and durability of Pennsylvania’s farm families and recognizes families who have been farming the same land for 100 years and 200 years, respectively.

Since the Century Farm program’s inception in 1977 and the creation of the Bicentennial Farm program in 2004, the Pennsylvania Department of Agriculture has recognized more than 2,332 Century Farms. The program was established to help publicize the strengths and durability of our farm families.

“I cannot think of a better time to recognize our rich agricultural heritage than here at the 104th Pennsylvania Farm Show,” said Redding. “These farms embody the tradition of Pennsylvania agriculture. As they continue great stewardship and conservation, they will be able to tell the story of agriculture for centuries to come.”

The following farms were honored during the awards ceremony:

The Hunter, Brooks, and Adam Smith Farm in Newport, Perry County, was originally owned by Henry Alspach. Alspach purchased this land in 1772 and was later granted additional acreage for serving in the Revolutionary War, according to the book “Haines History of Perry County.” Hunter, Brooks and Adam can trace their family lineage through six generations to Henry Alspach. Part of the farm was preserved in 1999, and another part was preserved in 2014. Today, the farm is a 104-acre dairy operation. Perry County is home to 29 century and five bicentennial farms.

The Peter Vaira, Louis Vaira, Camille Bondi, and Natalie Guiler Farm of Elizabeth, Allegheny County, was originally purchased by Frank and Angelina Vaira in 1916 where the barn was used as a stop on the Underground Railroad. Frank and Angeliva had six children, Louis, Stephen, Peter, Robert, Mary, and Catherine. Peter and Stephen remained on the farm and the current owners obtained the farm from the brothers. Both the original barn, built in 1857, and the original farm house, built in 1842, are still presently standing.125 acres are still in use today. Today, the farm’s primary business is a grain operation. Allegheny County is home to one bicentennial and eight century farms.

The LeRoy and Dorothy Kerschner Farm, located in Lenhartsville, Berks County, was originally purchased on March 30, 1917. Leroy’s Great Grandparents, Phaon and Carolina Kerschner, purchased the 154 acres with plans to build a homestead for his son, James, LeRoy’s grandfather. The farm was then passed on to LeRoy’s father, Ellis, until March 5, 1998, when LeRoy and Dorothy purchased the family farm. LeRoy and Dorothy’s home was built in 1822 where other stone houses are still on the property. The original barn is still in use today and has been enlarged over the years. The Kerschen farm now consists of 212.74 acres and each of the original acres is still in use today. Berks County is home to 34 century farms and nine bicentennial farms.

The Daniel and Patricia McElwain farm located in New Park, York County, was originally purchased by R. Carl and Gloria McElwain, Daniel’s grandparents. R. Carl and Gloria McElwain purchased 93 acres for $107/acre. Each of those 93 acres are still in use today. He bought the main farm house and lived there while he and Gloria raised their three children, R. Wiley, Laura, and Margaret. The three children stayed in the area and on the farm, raising their own families. Daniel and Patricia took over the farm from Daniel’s parents on October 25, 1994, with full intentions of keeping this a family farm for generations to come. On April 20, 2018, ownership of the farm was passed on to their daughter Kristina and her husband, Gregory Wilt. This farm was preserved in 1992. Today, the farm produces dairy steers, soybean, corn and barley. York County is home to nine bicentennial and 52 century farms.

The Graham Family Trust Farm from Greensburg, Westmoreland County, was originally purchased on March 19, 1919 by Jacob Andrew and Annabelle Himler Bush. The original purchase price was $312.00 per acre for 25 acres. 20 of the 25 acres are still in use today. Jacob and Annabelle had four children and their daughter, Mary Elizabeth, stayed on the farm, building a house on three of the original acres. Two of their sons, Richard and Glenn, also remain very close to home and live a few miles from the family farm. Their son Glenn moved to Wellsboro, PA and eventually returned to the homestead, and took over ownership of the farm in 1970 before passing the farm onto his daughter, Glenda, in 1992. In 2006, Dennis Graham, Glenda’s cousin, took over ownership. The original farm house built in 1900 still stands today and was remolded extensively in 2012. The barn built in 1940 was recently restored and is still in use today. Westmoreland County is home to 10 bicentennial and 30 century farms.

To be eligible for the Century Farm Program, a farm must be owned by the same family for at least 100 consecutive years. A family member must live on the farm on a permanent basis, and the farm must include at least 10 acres of the original holding or gross more than $1,000 annually from the sale of farm products. The Bicentennial Farm Program follows the same guidelines but requires 200 consecutive years of ownership. Farm history is filed in the archives of the Pennsylvania State Historical and Museum Commission.

The Pennsylvania Farm Show draws hundreds of thousands of visitors to our capital city every year for a mid-winter celebration of Pennsylvania agriculture. It is the largest indoor agricultural exposition in the nation, featuring nearly 12,000 competitive exhibits, including more than 5,200 animal competitions, plus 300 commercial exhibits and hundreds of educational, entertaining events. Visitors get a peek into the industry that employs nearly half a million people and contributes $135.7 billion to Pennsylvania’s economy every year.

For more information about the 2020 Pennsylvania Farm Show, visit farmshow.pa.gov. 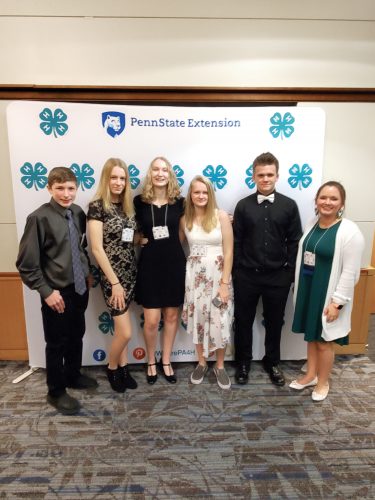 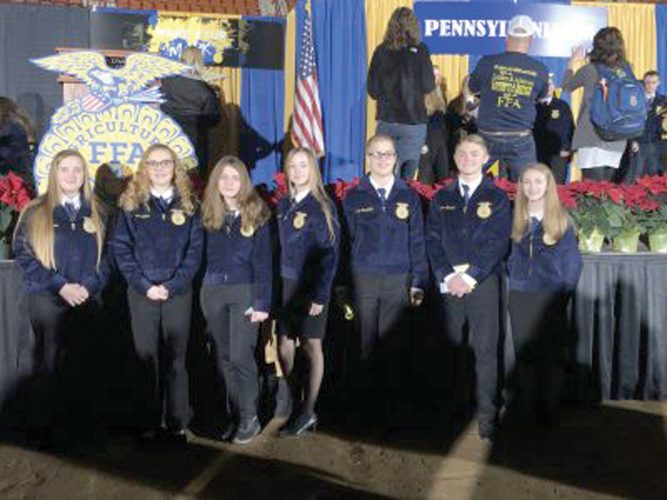 Freshman get their jackets

WASHINGTON, Conn. (AP) — Bundled up in her winter jacket, Elaina Stumpf headed outside on a recent brisk, sunny ...