As the coronavirus casts a pall of uncertainty over the sports world, James Franklin is keeping an open mind on how the potential 2020 football season may take shape.

“I’m a believer in science and listening to the experts,” he told a zoom call of Penn State reporters on Wednesday. “We all realize there’s an economic impact, but it better go in that order.”

Regardless of whether the season starts on time, or is shortened, or whether fans can or can’t be present for all or part of it or even if it’s delayed until the spring, Franklin believes, “You have to do whatever you can to save this season.”

His is seeking uniformity from the NCAA as he doesn’t believe it’s fair if “six or eight” teams in, say, the Big Ten Conference are cleared to open but the rest of the league is not. Ditto if the SEC is playing and the Big Ten is not.

“Are going to penalize people?” in more COVID-affected states, he asked. “I don’t see how you can. The model that may work for Penn State may be different than what works in Arizona or Florida or New Jersey.”

If the season can’t be played this fall, Franklin said the spring would have to be an option. If not, “There will be major (financial) impacts.”

As the university’s highest-paid employee — $38 million over six years — Franklin said “you carry that weight on your shoulders” because the football team’s success means so much to the university and State College community.

He’s watching how Major League Baseball and the NFL plan to start their seasons as a learning tool.

When he last met the media in late March, Franklin discussed a necessary 60-day preparation window for players to be adequately prepared for a season.

That means a return to campus by July 4. Penn State and the Big Ten has delayed any such decision until June 1, and Franklin has adjusted his timetable.

“You can do it in a month,” he said, adding when he played at East Stroudsburg, players went home for the summer and reported for fall camp three weeks prior to the season opener.

Franklin said “90 percent of our team is going to run back” but he also will support the estimated “10 percent” who may have reservations.

Franklin has returned from his Colorado condominium to State College, but his assistants “are all over the place.”

Position meetings are held frequently, but Franklin said “workouts are voluntary” and differ due to available facilities and resources of each player.

Those without traditional weights are forced to improvise. Franklin said one player “curls two buckets of fried grease” while others run after loading their backpacks with sand and rocks.

“What you’re going to see when they return is the gap between the guys that are self-motivated and working the way they would on campus compared to the guys who need more accountability is going to widen,” he said.

He said some players have gained weight and more, he suspects, have lost weight, given that “people have budgets,” and the players do not have access to the extensive training table that Penn State offers.

Though it would like to, the university can not supplement families whose kids/players — big eaters — are home for the summer.

“We’re all affected by this, and there’s challenging times for all of us,” Franklin said.

He meets with the team’s parents weekly by teleconference and does recruiting calls nightly.

“It’s forced us out of our comfort zone to embrace technology, but we’re in a good rhythm,” he said. “As a leader, you’re trying to give everybody the vision and the plan, but it’s hard with so much uncertainty so when we do come out of this, we can hit the ground running.”

When that happens, however, he’s already discussed that social-distancing guidelines may preclude full squad meetings, and it may be that precautions are such that not all players can gather in a position meeting.

“What if all your quarterbacks get sick?” Franklin asked.

Franklin said he’s told his staff not to figure on its usual summer vacation.

With many highly-paid coaches and administrators taking voluntary pay cuts, Franklin was asked if he has those plans. He said he and his wife, Fumi, are pledging a gift to Penn State for scholarships.

“We’re a little different than other places because the athletic department is self sufficient,” he said. “Obviously, the longer this goes, the conversation changes daily.” 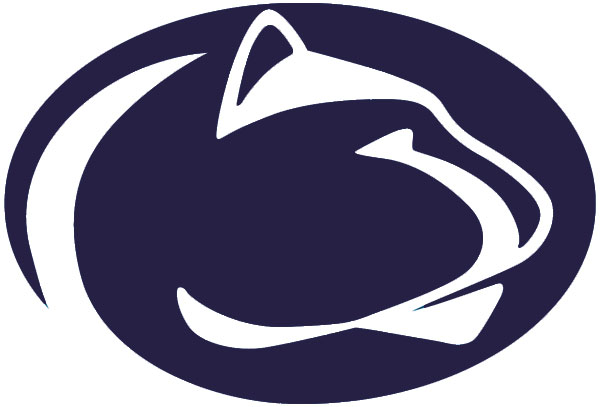