Watkins pulled over, charged with DUI

Watkins was charged with DUI after getting stopped for speeding last Friday by State College Police, according to the Centre Daily Times.

He has a preliminary hearing scheduled for April 15 on one misdemeanor count of DUI and two traffic citations, the CDT reported.

Watkins missed the Nittany Lions’ game Saturday at Northwestern. He reportedly was in line to play in Thursday night’s Big Ten Tournament game against Indiana, but the tournament was canceled over coronavirus concerns.

Watkins is a senior, so he has played his final game at Penn State. His career was filled with numerous run-ins with the law and suspensions from the basketball team for various off-the-court issues.

Watkins revealed last year that he suffers from bipolar disorder and discussed his struggles and troubled past from a tough Philadelphia neighborhood during a recent episode of “The Journey” on BTN. 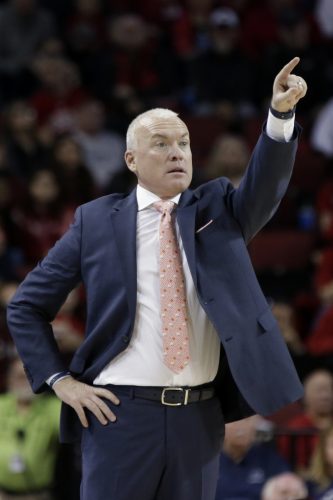