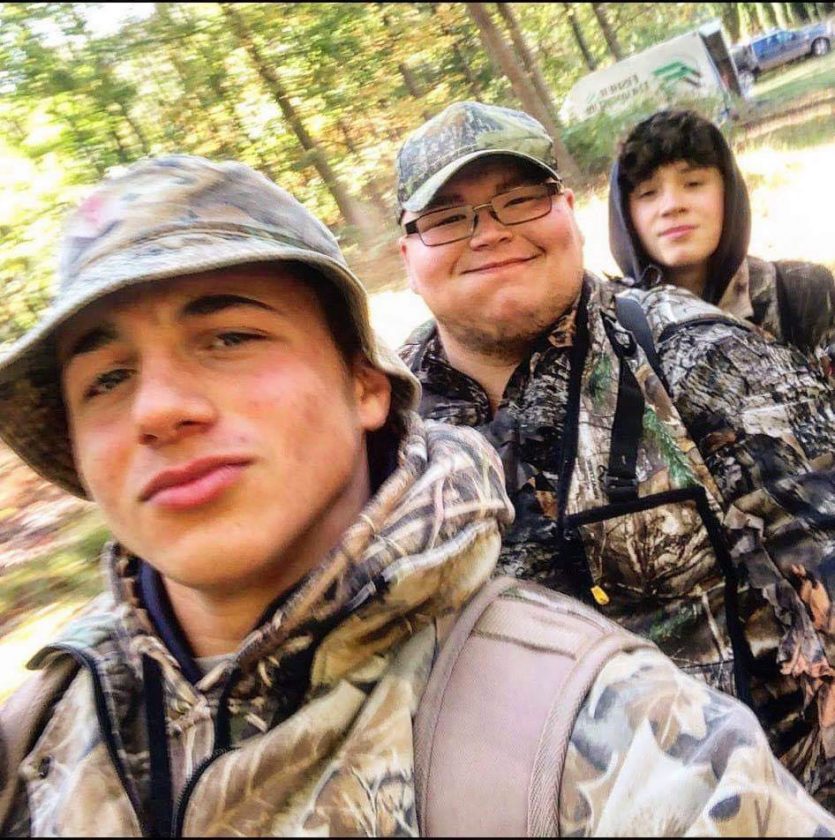 Submitted photo
From left to right, Braiden Picciurio, Avery Smith and Zach Dillon are three locals that have built up a following on YouTube producing outdoors content on their channel, known as Wicked Ridge Outdoors.

It is hard being 16 years old. This time in a kid’s life can be extremely demanding. Between school, sports, first-time jobs, and managing a social life, it is hard to imagine having a lot of free time or energy left to devote elsewhere. Two local teens and their family friend have shown just the opposite; dedication and drive toward a goal without sacrificing their youthful responsibilities.

Braiden Picciurio and Zach Dillon, 16-year-old sophomores at Mifflin County High School, and a friend, Avery Smith, produce outdoor videos for YouTube and other social media platforms. I had the pleasure to get to know Braiden a little over the past couple years. I coached his younger brother in football and knew his mom growing up. I learned about his show from posts on his Mom’s Facebook profile. It was refreshing to see the younger generation putting forth such effort in a positive way. To say that these guys are passionate about the outdoors is a true understatement. I’ve said it before, it’s becoming more and more difficult to get kids, and even young adults, off the grid and away from electronic entertainment for a day, but these guys have discovered a perfect balance.

I reached out to Braiden, Zach, and Avery recently to discuss their show. They were more than willing to talk about their experiences and their love for the outdoors. It was obvious while interviewing the boys that their passion and excitement for hunting and fishing runs deep. According to the trio:

“The whole thing started with a simple conversation. Braiden was talking to Avery one night at supper about the new camera that Zach bought. Braiden told Avery that Zach wanted to film some things with him, like shooting, hunting, fishing…So Avery replies with “hey, I have an idea. Why don’t we start a YouTube channel?” Braiden messaged Zach and he said “dude this is so exciting and such a great idea with so many possibilities.” They went on to explain that by the end of the evening, they had chosen the name Wicked Ridge Outdoors — named after the ridge behind Avery’s house, and had their YouTube channel and social media platforms created.

Wicked Ridge Outdoors currently has 21 videos produced and posted to its YouTube channel — in less than six-months. The guys are spending countless hours filming, and according to Zach, who does all of the camera work and editing, spending “sometimes up to days, depending on the length of the video” editing the material to create a final product. Let us not forget that these young men are balancing school and sports, and in Avery’s case, a full-time job, as well. They demonstrate a positive attitude and motivation that has resulted in success across multiple areas of their lives. Their efforts over the past several months have attracted sponsors who assist them by providing gear. To name a few, FOXPRO, Gary Yamamoto Custom Baits, Grim Reaper Broad Heads, and Conquest Scents have taken these youngsters on as sponsors.

I watched nearly all of the videos on their YouTube channel after our interview. It is incredible to see their level of excitement and the amount of fun that they are having out there. On camera, they can be found in pursuit of whitetails, turkeys, foxes, coyotes, small game animals, and almost any freshwater fish- to include bass, trout, and crappies. In many of their outdoor adventures, they include their own family members, to include Braiden’s younger brother, Alex, Avery’s father, and Zach’s father. For many of us, sharing outdoor experiences and making memories with family and friends is a huge part of the game — and these guys definitely understand and demonstrate that in their work.

Being more than twice the age of Braiden and Zach, their endeavors on film left me with feelings of optimism about the future of hunting and fishing. They leave no question about their reason for doing what they are doing:

“We love what we do, and we’re doing what we love…hunting, fishing, and everything outdoors is a part of our heritage. We’ve been doing this stuff since we could walk and we want to inspire, educate, and entertain the younger generation, because we are the younger generation. Our futures are in our hands and if we don’t hold onto it, it might slip away.”

As you can tell these guys are incredibly well spoken, too.

When asked about their future, all three expressed interest in a career in the outdoor industry.

Zach shows a true passion and talent for filming and editing, though, he is not a bad hunter himself, either. In one of their videos, Zach harvests a mature 7-point buck with his crossbow while hunting in Illinois with his father — sorry for the spoiler!

Braiden and Avery show the kind of persistence and drive that will take them far, down whatever future paths they choose.

It is clear that these three have the determination and motivation that it takes to achieve their goals.

The sky is the limit for these fellas. When life happens, as it does for all of us, and they find themselves with full-time careers, raising their own children, and continuing the balance of responsibilities, you can be certain that hunting, fishing, and anything outdoors will remain a life-long passion and past time for these three, that they will pass on down the bloodline.

The future of wild game hunting and fishing appears bright with young people like Braiden, Zach, and Avery carrying on traditions in the great outdoors.

I would not be surprised if you see this trio on the Outdoor Channel someday.

“We’re just regular hometown PA boys like everyone else…just a bunch of fun-loving guys with a passion for everything outdoors.” –The Wicked Ridge Outdoors crew 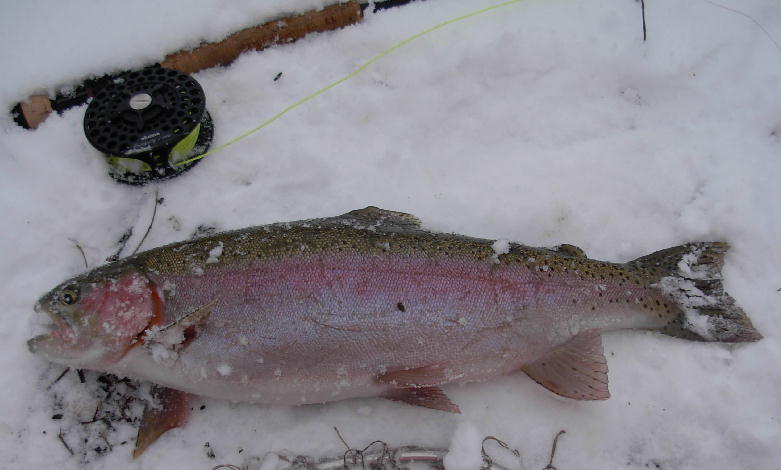 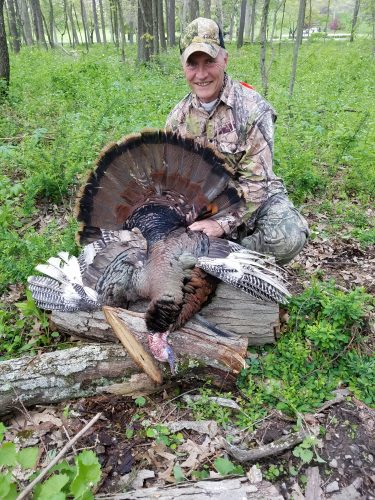