Sentinel photo by WILLIAM WHISLER
Mount Union’s Ethan Carbaugh delivers an RBI single to left field in the in the second inning of a 15-0 rout of Huntingdon in an Independent League baseball contest on Thursday evening. The Trojans scored seven in the inning to blow the game wide open. 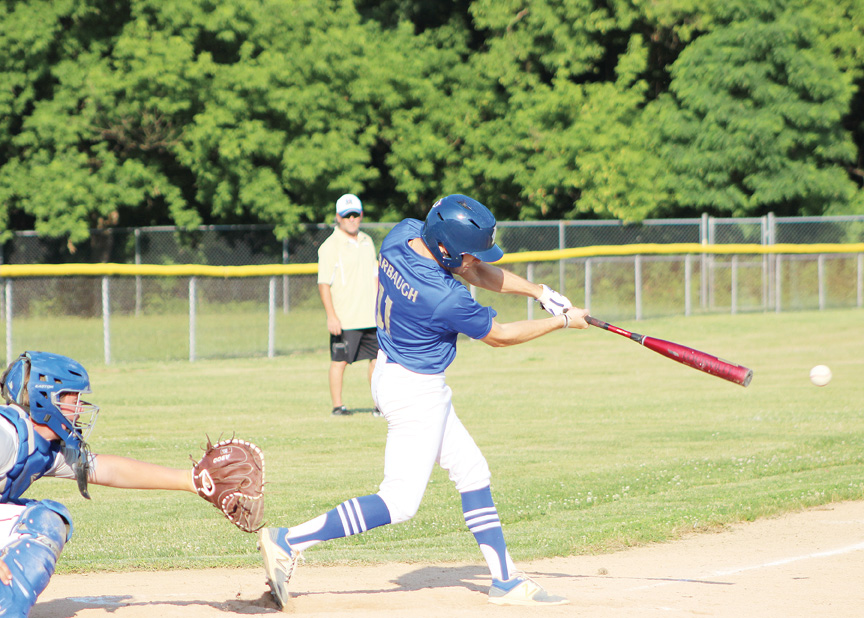 Sentinel photo by WILLIAM WHISLER
Mount Union’s Ethan Carbaugh delivers an RBI single to left field in the in the second inning of a 15-0 rout of Huntingdon in an Independent League baseball contest on Thursday evening. The Trojans scored seven in the inning to blow the game wide open.

MOUNT UNION — After a demoralizing defeat to Mifflin County on Tuesday, Mount Union took all of its frustration out on Huntingdon pitching.

Mount Union pounded out 14 hits and a five-RBI night by Dylan Gearhart lifted Mount Union past Huntingdon, 15-0, in a four-inning mercy-rule victory at Mount Union High School in an Independent League baseball contest on Thursday night.

“I just don’t think they hit the ball as well as they wanted to against Mifflin County and they had a vendetta today,” Mount Union coach Marty Walter said. “They had a different attitude today and they just wanted to hit the ball. They did well.”

Gearhart, Zach Baird and Vince Lear each had two-RBI nights, while Grayson McClain, Gearhart and Braylen Knable each had extra-base hits in the victory.

Mount Union jumped on Huntingdon’s Quinnten Fultz in the second inning, pushing across seven runs on seven hits in the frame. JT Knepper drove in Tyler Renninger by reaching on an error, before Zach Baird, Ethan Carbaugh and Gearhart drove in runs of their own. Most of the damage came on Gearhart’s two-run double deep into the left-center field gap that Huntingdon’s center fielder just couldn’t get to in time to continue the inning. 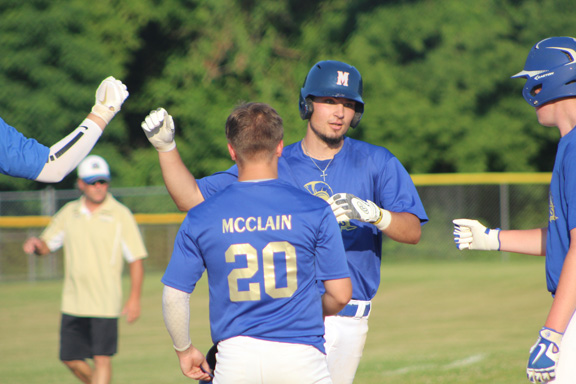 Gearhart’s towering three-run homer in the third spelled the end for Huntingdon.

While he just missed a home run on the double in the second, Gearhart made sure he didn’t miss his pitch in his next at-bat.

Throughout the night Mount Union found success hitting around, sending 11 batters to the plate in the second and nine in the third inning. Ten of Mount Union’s 14 hits came in those two innings.

“Mount Union baseball usually works that way,” Walter said. “Hitting is usually contagious. When one guy hits, everybody does and they did today.” 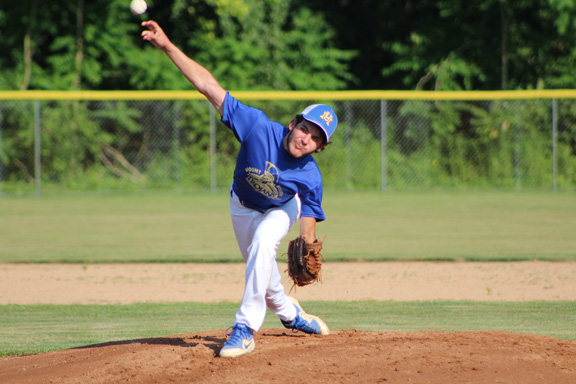 On the mound, Mount Union’s Cael Walter had strong command of his pitches and his offspeed selection confused Huntingdon hitters throughout the evening.

Walter surrendered just two hits, struck out five and walked one batter in the victory.

“I was feeling really good,” he said. “Just to be able to throw pitches and get strikeouts in the early innings does really boost your confidence throughout the rest of the game.”

The early run support was more than enough for Walter.

“It really feels good to have your team behind you and to know that they will put up runs for you,” Walter said. “It makes you feel way better when you go out on the mound.”

“Now we’re back at 3-3 going into our next game,” Cael Walter said. “We have a lot of momentum and we feel like we can go out and beat whoever we face.”

CLARENCE — Mifflin County wasted no time jumping on Clarence in its first at-bat as the five-run inning was more than enough for Brando Souders and Gavin Busch as the duo limited Clarence to just two runs in a 10-2 victory in an Independent League baseball contest on Thursday night at Bald Eagle Area High School.

“As far as pitching goes, both guys threw really well,” Mifflin County coach John McGonigle said. “Brando hit his spots really well and was mixing it up and had good control of his two-seamer. Busch hit his spots and let the defense behind him do the work.”

Mifflin County had an outpour of offensive production on Thursday as Jaxson Pupo and Bryce Dobson each had two hits and drove in two runs, while Busch, Cole Knable, Colby Bodtorf, Ethan Eichhorn and Holden Yocum all drove in runs in the victory.

“Overall, the team played great tonight,” McGonigle said. “We were able to get a lot of guys in tonight and we had production from top to bottom. It was great to see everyone contributing.”