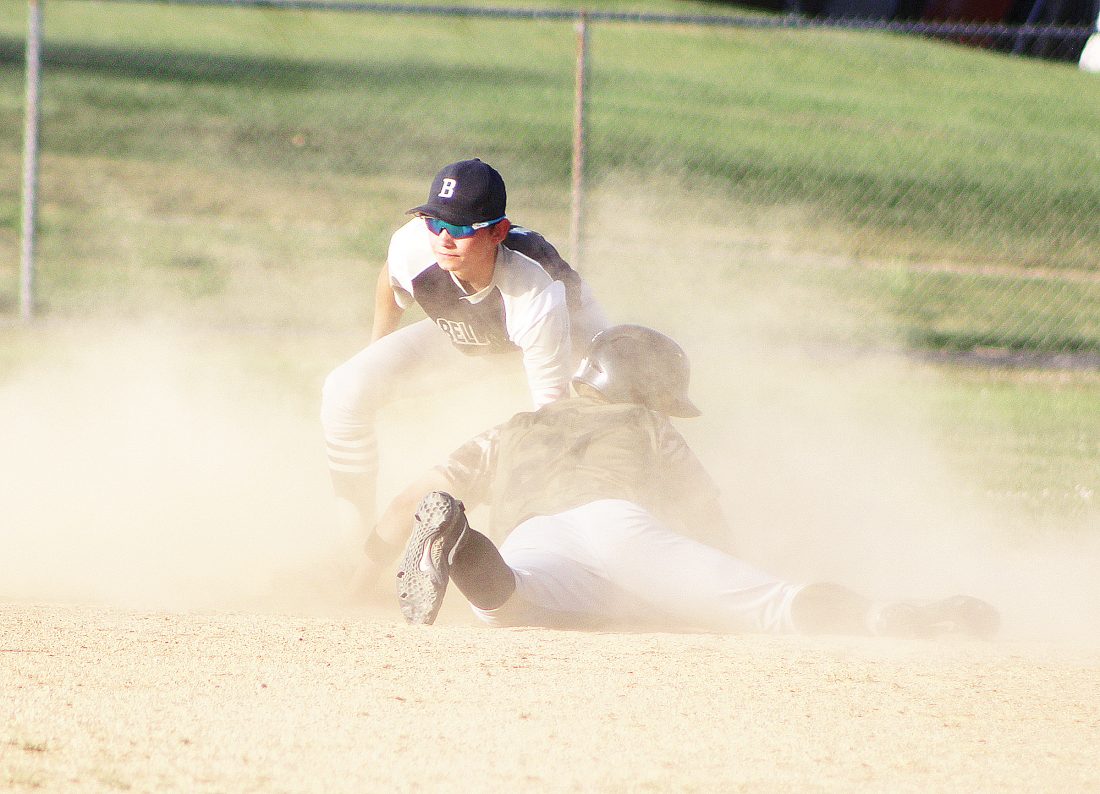 BELLEVILLE — In a pennant race, the close games must go your way if you plan to come out on top.

On Monday, Belleville edged Burnham, 4-3, to move to 5-1 and remained one game behind the Mifflin County league leader Beaver Spring (6-0).

It was a different story for the Big Valley club on Wednesday. In another must win game, Belleville fell to McVeytown, 3-2.

Belleville, Burnham and McVeytown are now 5-2, while the Springs had the night off and now holds a game and half lead over the three teams.

McVeytown’s Isaac Wilson pitched a complete game as he gave up just four hits. He walked one and struck out two.

The winners did all their damage to Belleville in the first two innings. Wilson led off the first by drawing a walk and then stole second.

One out later, he scored on a base hit from Kaden Mitchell. Logan Stimely, who finished with three hits, knocked Mitchell home with a base hit.

In the second, McVeytown scored what turned out to be the winning run. Jaron Yoder reached on an error. Danon Beaston walked moving Yoder to second and he scored when Wilson reached on another Belleville miscue.

Belleville picked up its first run in the fourth inning. Hayden Yoder, the rookie center fielder for Belleville, doubled and moved to third on a balk. Josh Brycen drove in Yoder with a sacrifice fly to center field.

Belleville made it a one run game in the fifth. Caden Bell reached on an error and scored on a Jake Ross single.

Jaron Yoder was the only other McVeytown player with multiple hits with two.

BURNHAM — Burnham forged a three way tie for second place with a 12-3 win over Milroy.

Ty Plank got the start and the win. He went four innings, struck out two, walked four and gave up four hits. Myka Simmons and Garrett Davis finished the game for Burnham and the duo didn’t give up a hit.

Burnham, which scored five times in the second inning to take control of the game, had nine hits.

Calin McKnight, a rookie, had three, including a triple. Reagan Ettinger and Gavin Knode each had two hits. Ettinger and Plank each had doubles.

BELLTOWN – Lewistown scored in each of the first three innings and used a strong fifth inning to finish off a 16-4 win over Belltown. The game was decided after five innings due to the 10-run rule.

Lewistown had nine hits. Jayden King had three hits, while Aaden Earnest had two, including a double. Deakon Schaeffer had the other extra base hit for Lewistown with a double.

Ryan Hine, Jaylen Bowersox and Doug Weaver each had hits for Lewistown. JohnPaul Pannizzo, JoJo Sechler and Max Weader had hits for Belltown.