Sentinel photo by MIKE GOSS
Anthony Macri (No. 39M) passes defending track champion Logan Wagner (No. 1) for the lead and the win for his fourth consecutive victory in the 410 sprint car feature. 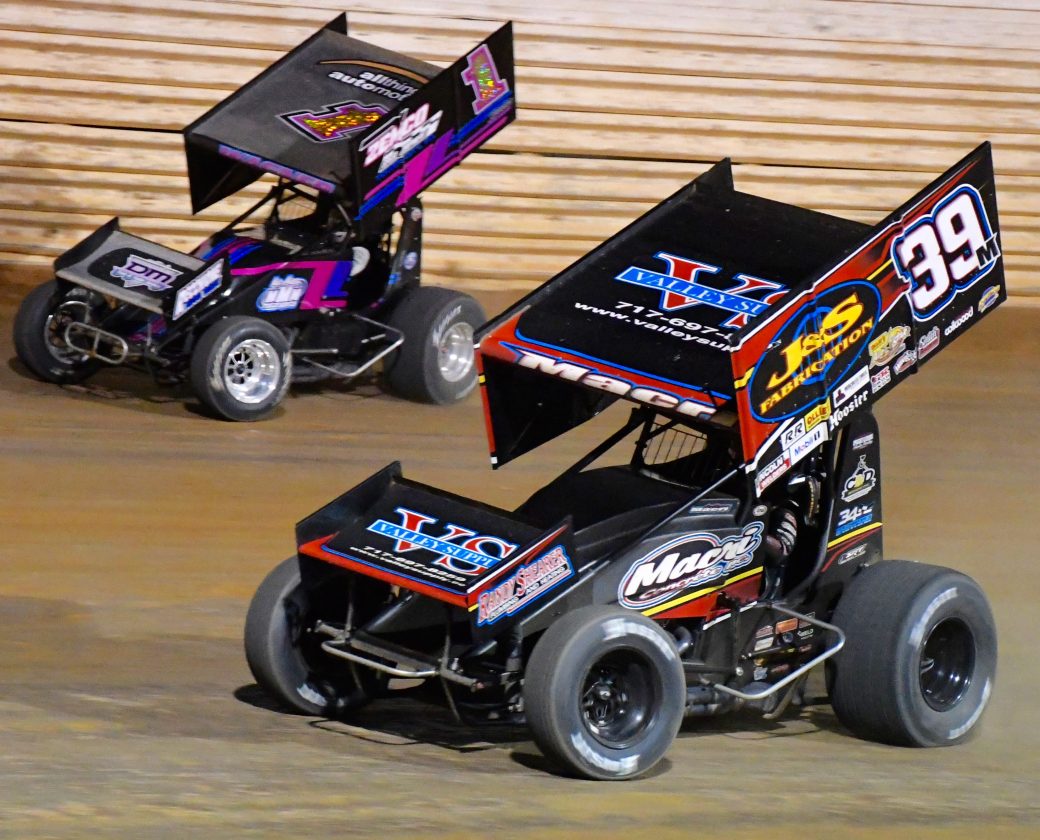 Sentinel photo by MIKE GOSS
Anthony Macri (No. 39M) passes defending track champion Logan Wagner (No. 1) for the lead and the win for his fourth consecutive victory in the 410 sprint car feature.

Macri wasn’t done. In the main event for the United Racing Club 360 sprints, Macri took the lead on lap 20 and went on to sweep the night pushing his streak to five.

The 21-year-old from Dillsburg earned $7,000 for his first career win in Speedweek competition.

He’s the first sprint car driver to win five straight features in more than 10 years at the speedway.

“I’m sure this isn’t going to sink in until tomorrow morning,” Macri said. “My guys do a great job during the week, especially this week. It’s one of the most grueling weeks we go through. They keep chugging along even though some of our results haven’t been the best.” 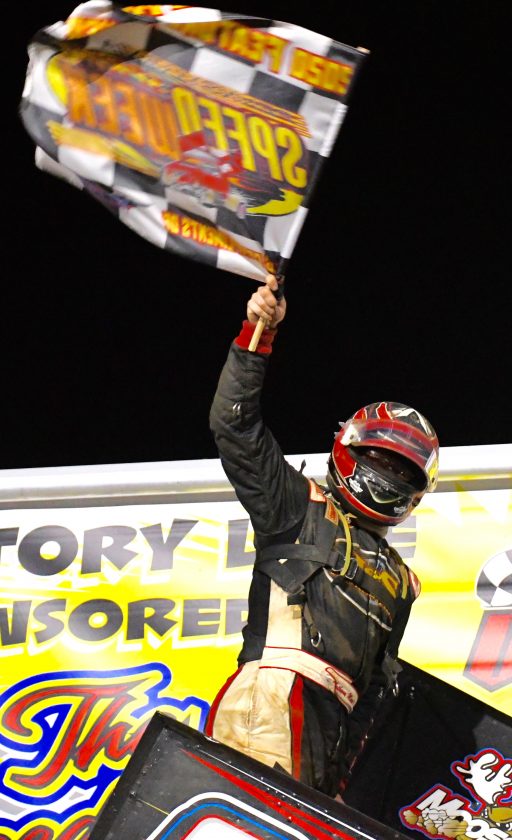 It had been a rough week for Macri until this point.

“We’ve been struggling at the small tracks,” he said. “We tore that car apart and got a fresh one out for Grandview, and that seemed to operate a little bit better.”

The Speedweek fields have been stacked with talent all week long.

“Whether Christopher Bell was in the race or not, the field we had tonight was absolutely no slouches,” Macri said. “The top eight, in my opinion, was an Outlaw show.”

Bell was scheduled to start on the pole of the 30-lap main event, but pitted as the field was lining up because his engine lost oil pressure.

This moved Brock Zearfoss to the pole alongside two-time speedway champion Logan Wagner.

Cory Eliason, who won the Port Royal opener in March, spun in turn one on the initial start. Robbie Kendall had nowhere to go slamming into Eliason’s disabled car. Both drivers were reported as OK.

Wagner shot into the lead as Zearfoss and Macri split Lance Dewease off turn two.

By lap five, Wagner had a comfortable lead. Dewease was back up to second with Aaron Reutzel and Macri following.

As Wagner tried to hold back Dewease for the lead, Macri passed Zearfoss for third.

Marci used the narrow outside groove racing off turn two to pass Dewease and take over second.

The yellow flag flew with 13 laps completed when Tyler Bear slowed on the frontstretch.

Wagner and Macri swapped the lead on the restart. Reutzel took third from Dewease. The top four were close, racing for the lead as Speedweek point leaders Danny Dietrich and Kyle Larson battled for fifth.

Macri secured the lead from Wagner and began pulling away from the battle for second through fifth.

“I played it cool the first half and saved my tires and then I pounced in lapped traffic when I could,” he said. “With two laps to go, I was having trouble with lapped traffic and I saw somebody poke their nose down there. I just pushed the gas a little harder.”

Reutzel and Dewease were up to second and third and were closing on Macri, who continued racing along the fence as the others worked the bottom.

They were inside of the leader, but his momentum off the top kept him out front over the final laps. A pass of a lapped car and a great run off the second turn secured his win by almost a second.

“Anthony has been really good lately,” Dewease said. “We’ll have to get the car better Saturday.”

“We were on the verge of being really, really good,” Reutzel said. “I ran him back down in clean air, but I was lacking on exit. We have to fix one little thing.”