Sentinel photo by MIKE GOSS
Kyle Larson competes against the field at Port Royal Speedway on Wednesday night as a part of Pennsylvania Speedweek. Larson currently holds the points lead through the first seven races.

Sentinel photo by MIKE GOSS
Kyle Larson has been as dominant as anyone in a sprint car in the past month, posting top finishes in nearly every race he’s entered since returning to dirt racing.

Sentinel photo by MIKE GOSS
Kyle Larson competes against the field at Port Royal Speedway on Wednesday night as a part of Pennsylvania Speedweek. Larson currently holds the points lead through the first seven races.

PORT ROYAL — Few have been better behind the wheel than Kyle Larson has been on dirt tracks, as the 2014 NASCAR Cup Series Rookie of the Year has done nothing but dominated as a top finisher in every race he’s entered in the past month.

Larson, running as an invader in all nine races of Pennsylvania Speedweek, made his second trip to Port Royal this season on Wednesday night, where he finished fifth ahead of Danny Dietrich to keep an edge in points after picking up a win at Grandview on Tuesday evening. Larson opened up a commanding lead with a victory at Hagerstown Speedway on Thursday night to win the $5,000 prize. It was his first win at the track.

What has it been like to be back in a 410 sprint car as a part of speedweek for Larson?

“It’s a lot of fun,” Larson said Wednesday night at Port Royal. “You get to race everyday of the week here in Pennsylvania in front of great fans and at some great race tracks too. It’s been good to us so far. We got a win [Tuesday night]. You’d like to be better, but we’re leading points right now, so hopefully we can keep that going and get that points championship.”

The road has been especially good to Larson, who picked up seven wins at six tracks in an 11-day span earlier in June, stretching across three different series in five different states. Larson also had a streak of five-straight feature victories in a sprint car entering the Keith Kauffman Classic snapped on June 24 at Port Royal Speedway. Larson still finished second in the Ollie’s Bargain Outlet All Star Circuit of Champions event and at one point had 14-straight top two finishes. 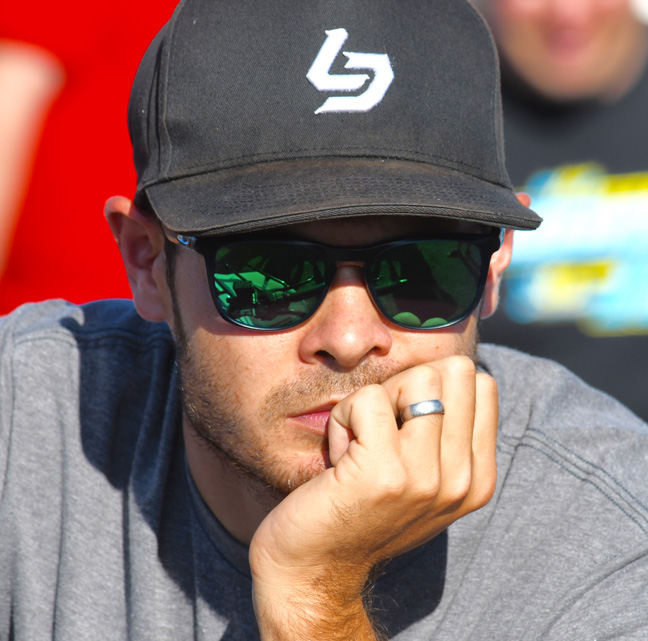 Sentinel photo by MIKE GOSS
Kyle Larson has been as dominant as anyone in a sprint car in the past month, posting top finishes in nearly every race he’s entered since returning to dirt racing.

“I’ve had a nice month or so of racing and I’ve got to race a lot over the last month, winning races and being on the podium,” Larson said. “It’s been good to be as strong as we’ve been, but you always want to get better.”

Larson hopes to take notes from his runner-up finish and his fifth-place finish on Wednesday night for Saturday’s Greg Hodnett Classic as well as the 53rd annual Tuscarora 50 which will take place in September and pay out $53,000 to the winner.

“This is a great race track and there’s a really big race here at the end of the year, so getting to run here a few times in a short amount of time will hopefully help us,” Larson said. “Hopefully we can hit on something that works. I feel like we are pretty good early in the night, but we just need to get a little bit better once the track gets really slick.” 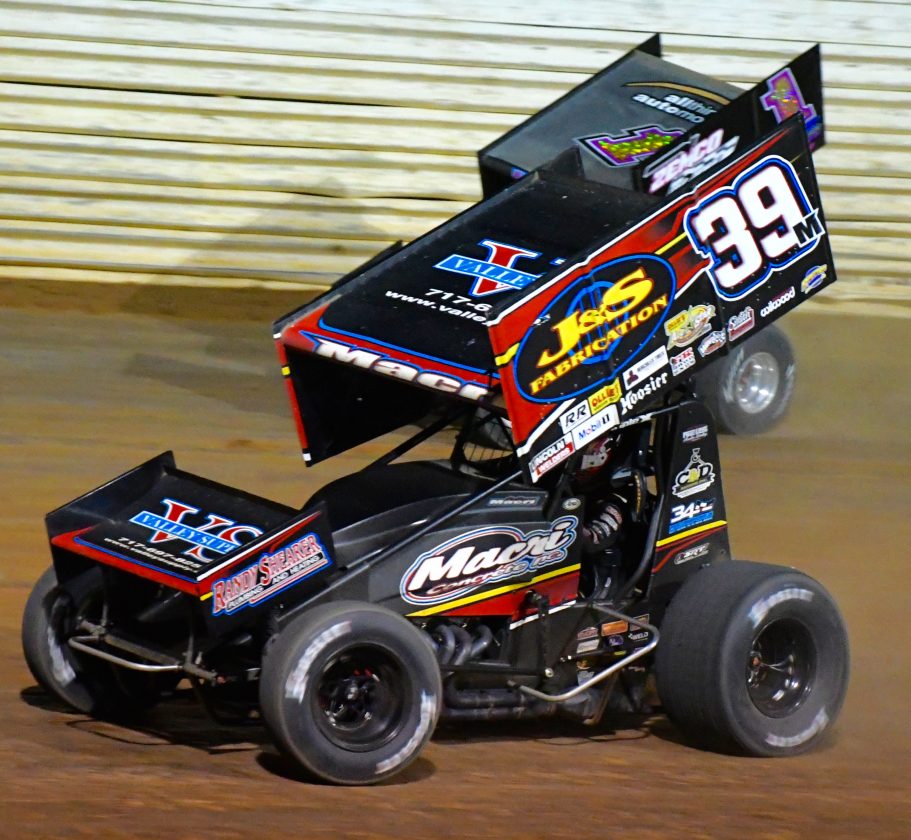 “It would be nice [to win the Speedweek championship],” Larson said. “I think it would be the first time that a non-posse driver and a non-posse team has come into their territory and won. It’s definitely our goal and it would say a lot about Paul [Silva] and I and the caliber of drivers and teams from California. Hopefully we can do it, but there’s a lot of racing left.”

While Larson was the odds-on favorite to win Speedweek from an outsider’s view, Anthony Macri’s success at Port Royal Speedway has been something to behold in the past few weeks.

Macri has been so good in fact, that he might want to take up permanent residence in victory lane, as the Dillsburg native did what no driver in the last decade has been able to do — win four consecutive feature events at The Speed Palace. Macri then took it a step further and extended his streak to five when he dusted the competition in the United Racing Club 360 sprint car feature event. The 410 sprint car victory was the first Pennsylvania Speedweek win of the 21-year-old’s career.

“I’m sure this isn’t going to sink in until tomorrow morning,” Macri said after the race. “My guys do a great job during the week, especially this week. It’s one of the most grueling weeks we go through. They keep chugging along even though some of our results haven’t been the best.”

A sixth-place finish at Hagerstown unofficially moved him into eighth place in the Pennsylvania Speedweek standings.

Macri hasn’t quite had the success that he would have liked in speedweek, but any signs of struggle were non-existent at Port Royal Speedway. Macri’s crew chief, Jim Shuttlesworth, spoke highly of the development he’s seen out of the young driver in the 39M in the past few races and just how difficult it is to win four-straight features.

“It means a lot. Brock [Zearfoss] and I tried to do that a few years ago, where we won three-in-a-row, but we got beat by Danny Dietrich on the last lap here,” Shuttlesworth said. “To win anything is tough. This kid is just learning more and more about his race car. His family does everything — his mom and his dad and the crew — to keep confidence in him. When things are going well and he has confidence, he knows that he can do it. It’s about learning where you can run on the racetrack and how to pick the right corner and save your tires.”

Lance Dewease, who finished second to Macri on Wednesday night and has a lot of experience at Port Royal Speedway — 112 victories at the track to be exact — had nothing but high praise for Macri.

“Anthony has been really good lately,” he said. “We’ll have to get the car better for Saturday.”

Whatever it is, Macri has made it look easy. He will go for his fifth-consecutive feature victory at Port Royal in the Greg Hodnett Classic on Saturday that will pay out $10,027.