Sentinel photo by WILLIAM WHISLER
Beaver Springs’ Tucker Teats avoids the tag of Belleville catcher Trace Brought to score a run in an 11-1 victory by The Springs on Wednesday night. The win gave Beaver Springs its first Babe Ruth title. 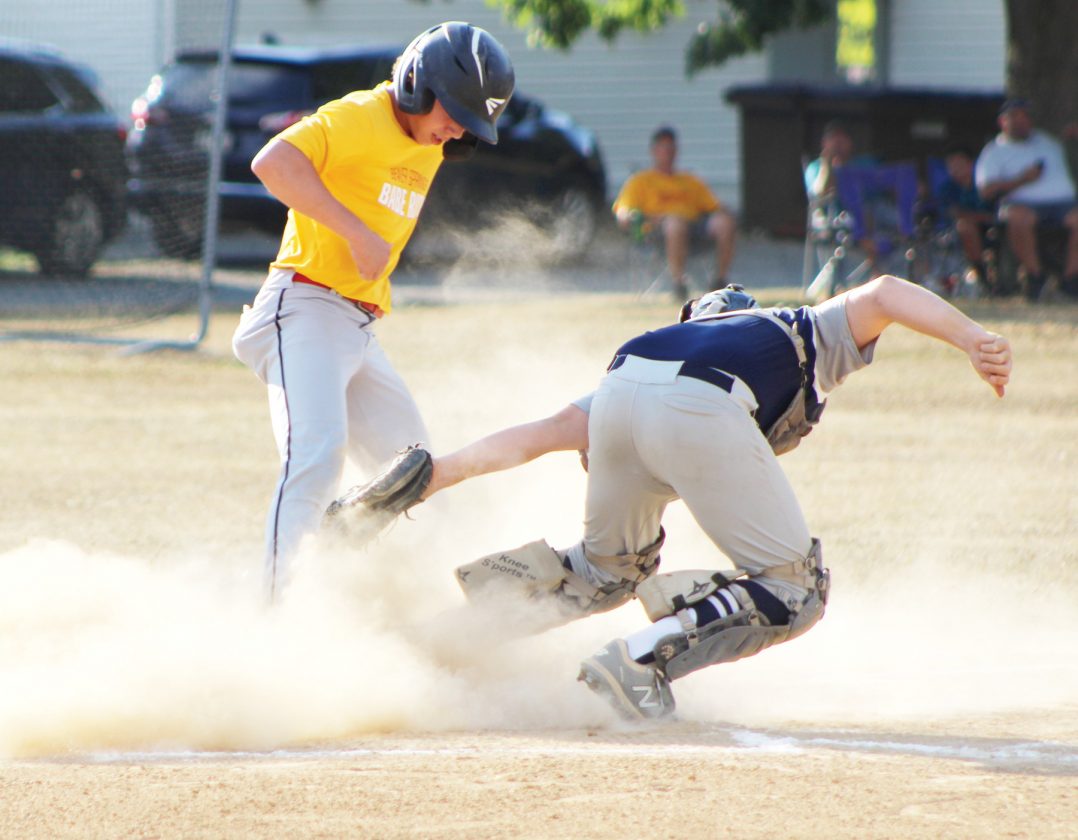 Sentinel photo by WILLIAM WHISLER
Beaver Springs’ Tucker Teats avoids the tag of Belleville catcher Trace Brought to score a run in an 11-1 victory by The Springs on Wednesday night. The win gave Beaver Springs its first Babe Ruth title.

BEAVER SPRINGS — Before the 2020 Mifflin County Babe Ruth season started, it was no secret that Beaver Springs would be the team to beat.

The Springs had lots of talent returning and could field a former All-Star at every position.

On Wednesday night, Beaver Springs brought home its first league title with an 11-1 win over second place Belleville. Beaver Springs remains undefeated at 12-0 with two games remaining with Strodes Mills. The game ended after five innings due to the 10-run rule.

Preston Arbogast was the starting pitcher for the Springs on Wednesday and he went the distance. The 15-year-old allowed three hits, struck out two and walked one.

Belleville got its only run in the fourth inning. Caden Bell knocked in Belleville’s run with a two-out bases-loaded single. 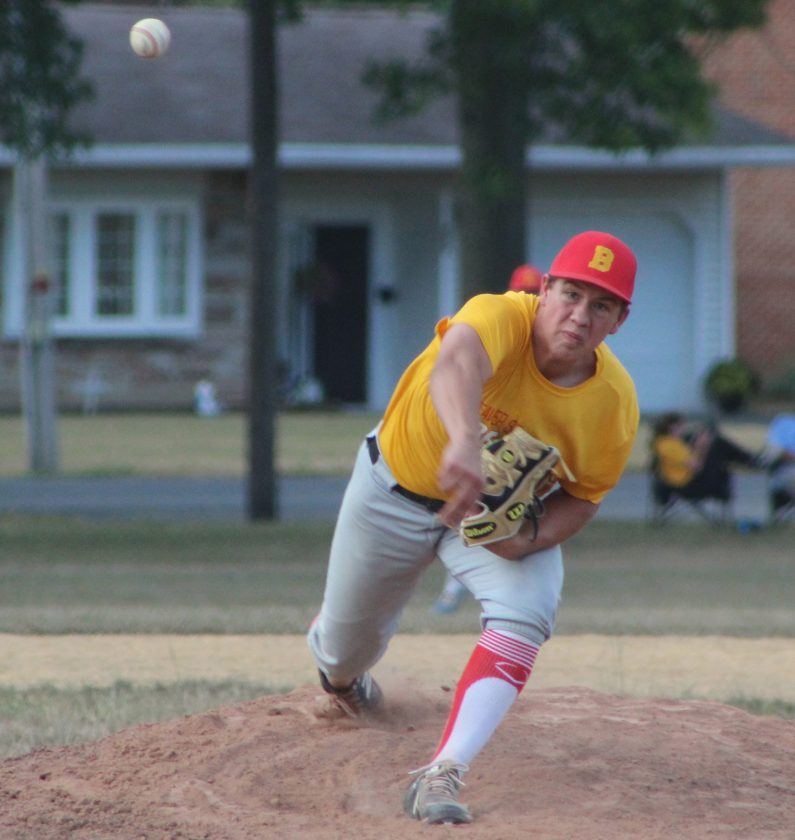 Before Bell got the hit, Zach Snook was hit by a pitch, Brock Bryson singled and Drayson Weaver walked. Belleville’s first hit came with two out in the third from Landen Eichhorn.

Leading 10-1 going into the bottom of the fifth, Beaver Springs loaded the bases with no outs. Matthew Weimer led off with a single and Caden Wolfley was hit by a pitch. Arbogast walked and then Tucker Teats, a 14-year-old, made Beaver Springs history with a base hit that scored Weimer with the clinching run.

“This was a very emotional game for me,” Mike Wolfley, the first year manager for Beaver Springs, said. “We came into July knowing we had a lot of work to do and the players did it. Tonight was about our work ethic. We put the work in and it paid off. We were aggressive on the base paths and with the bats. Preston (Arbogast) went the deepest he has gone all year.”

The Springs came out on fire offensively as it had five straight hits from Weimer, Wolfley, Arbogast, Teats and Shutt. Shutt had a big night in the RBI department with three.

For Wolfley, the Beaver Springs manager, it marked just the seventh time over the past 53 seasons that a rookie manager has won a league title (1968-2020). The records only go as far back for managers in a rookie role to 1968.

The last rookie manager to win a league title was Belltown’s Neal Shawver in 2015.

LEWISTOWN — McVeytown moved into a tie for second place with a 21-6 win over Strodes Mills. The game ended after five innings due to the 10-run rule.

McVeytown and Belleville are now tied for second with 9-3 records and will meet tonight in McVeytown at 6 p.m.

Clayton Ammon, a rookie, nailed down the win for McVeytown. He struck out four, walked two and gave up four hits. Kaden Mitchell threw two shutout innings to finish the game for McVeytown.

Strodes Mills finished with five hits as Colin Fisher had two, while Carson Kepner, Owen Atherton and Chris Moon each had singles.

McVeytown pounded out 15 hits with Josh Bomberger getting three including an inside-the-park home run. Logan Stimely also had a big night offensively as he had three hits including two doubles.

Jaron Yoder had two hits and a double and Tucker Gill had a two-base hit.

BELLTOWN — Burnham’s three-game losing streak came to an end as it beat Belltown, 11-5. The game was called after six innings because of darkness.

Myka Simmons got the win as he went five innings. The 14-year-old struck out two, walked four and gave up one hit. Reagan Ettinger closed out the game for Burnham in the sixth.

Belltown only hits came from JoJo Sechler and Andrew Cherry. They each had singles.

Burnham finished with eight hits and a blast from Garrett Davis. as he smashed a three-run homer in the fifth inning.

Ty Plank was Burnham’s only multiple hitter with two and Calin McKnight had a double.

MILROY — A trio of Lewistown pitchers combined for a no-hitter against Milroy in a 16-4 win that went six innings and was stopped because of the 10-run rule.

Ryan Hine got the win as he worked the middle four innings as he struck out five and walked four. Deakon Schaeffer started and Aaden Earnest finished. The three Lewistown hurlers gave up 12 walks and hit a batter.

Hine was Lewistown’s big hitter as he had three hits including two triples. Jayden King had two hits with a double.

The win for Lewistown stopped its five-game losing streak.