Macri picks up another win at Port Royal 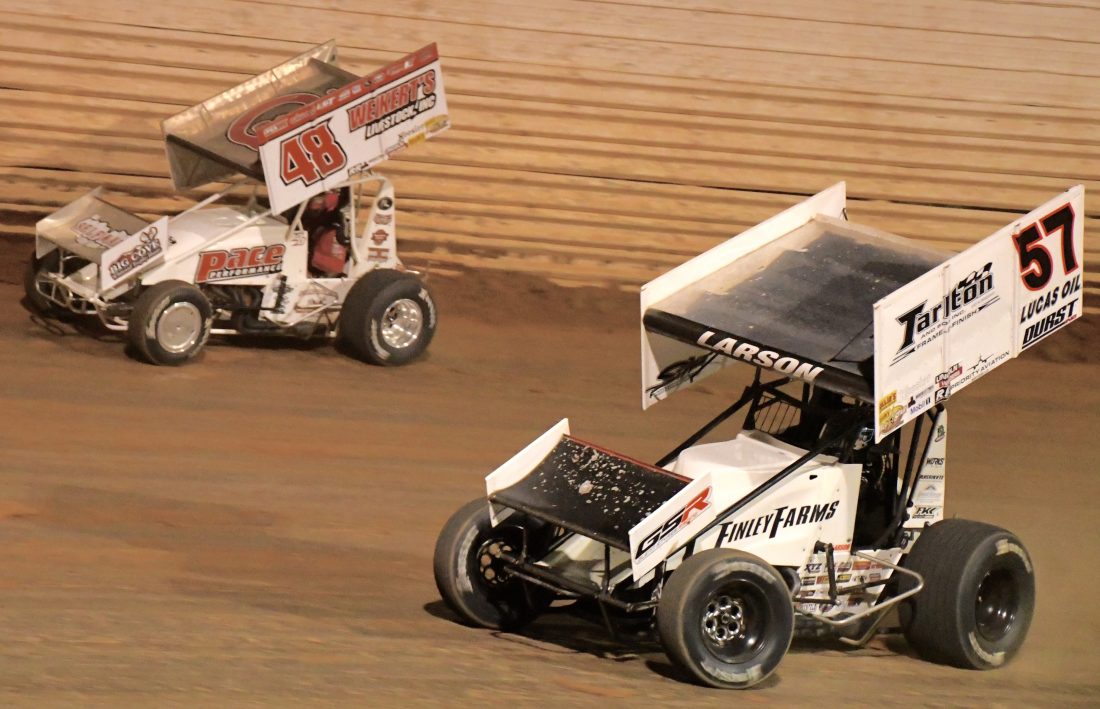 PORT ROYAL — No driver had been hotter on the track than Kyle Larson has been in the last few weeks, but Dillsburg’s Anthony Macri showed no signs of slowing down himself as the 21-year-old ran a dominant race, upending Larson and the Ollie’s Bargain Outlet All Star Circuit of Champions in the 5th annual Keith Kauffman Classic at Port Royal Speedway.

Macri became the third different driver to win the Keith Kauffman Classic, joining Lance Dewease and Dale Blaney, leading all 30 laps on his way to an easy 3.567-second victory over Larson to win the $6,000 prize. The win was Macri’s first against the All Star series.

The win gives Macri the feature victory in each of Port Royal Speedway’s last three 410-sprint car events with a total payout of $16,000 in three races.

It was a dominant effort for Macri who carried his momentum from the dash event where he went from fifth to first in a single lap into the feature where nobody could catch him.

“I don’t even know what to say,” Macri said. “We threw some [stuff] out there in the dash that we didn’t know was going to work, but clearly it worked. We dumped some fuel in her and let her eat in the feature.” 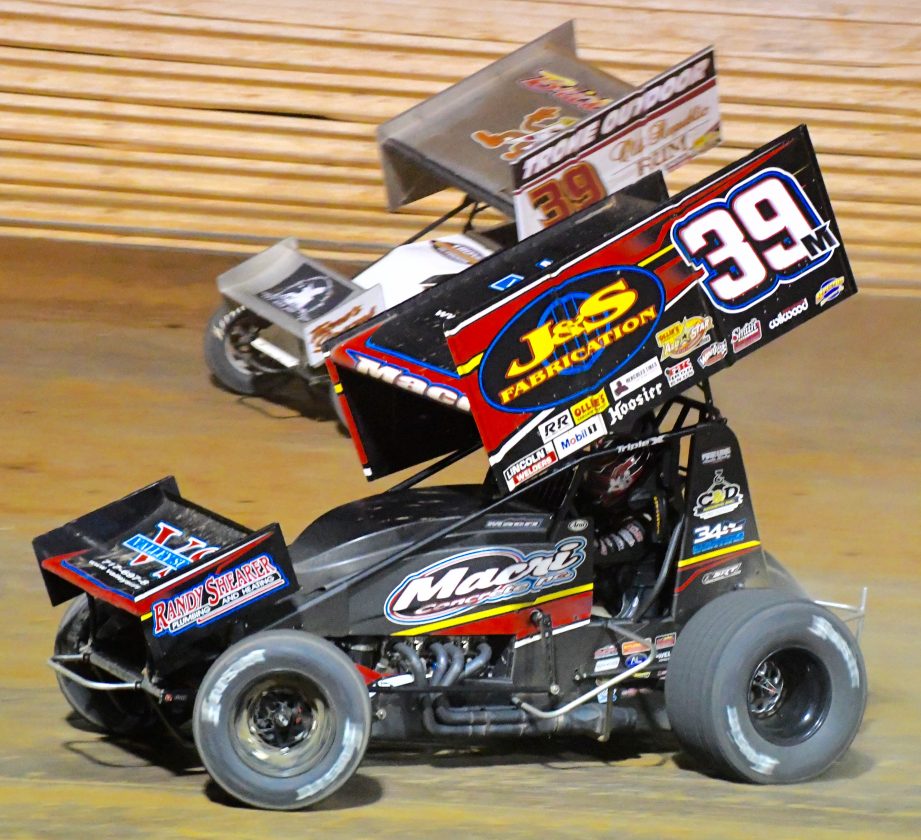 The win ended Larson’s streak of five-straight feature victories in the sprint car races that he has entered, although his second-place finish gives him 14-consecutive Top 2 finishes.

“I was able to get the top going for me on that last restart and was kind of shocked that everyone stopped running the top of one and two,” Larson said. “I just kind of discovered the top of three and four was working for me before that caution. I thought that maybe if they all peeled off the bottom of three and four I could get some runs developed.”

Macri ran the first five laps of the race almost uncontested as Aaron Reutzel and Brock Zearfoss battled for second through the first 10 laps. Macri extended his lead to more than three seconds before a caution for a slowed Tyler Bear forced a restart.

On the restart Macri shot off way ahead of the field and nobody was able to stay close as he drove the car hard into the top of Turn 1 and Turn 2, while running the high side in Turn 3 and Turn 4.

Reutzel ran down Zearfoss by Lap 12 and jumped into second place, almost three seconds behind Macri for the lead. Danny Dietrich and Zearfoss battled for third before Dietrich caught Zearfoss on Lap 19, diving inside of him in Turn 3 to make the pass.

On Lap 20, Zearfoss was slow on the frontstretch because of a tire issue that brought out a caution with 10 laps remaining in the feature. The caution was a welcomed sight for Macri, who said that he had worn the tires on his car, giving him an opportunity to run in clean air.

“Jim [Shuttlesworth] has given me a good car that last few weeks and I can put it anywhere on the track,” Macri said. “I know the fast lane is usually the top of one and two and normally it cleans off in three and four in the bottom. About 15 laps into it, I kind of killed the tires so I was in a defense/offense mode, just hoping they wouldn’t blow by me.

“I was trying to push hard in lapped traffic but I was happy to see the yellows when they came out, just so I could have clean air and I knew I could drive it as hard as I could.”

Shortly after the restart, Larson made a charge from fifth, making quick work of Brent Marks before catching Dietrich with six laps to go. Larson rode the cushion in turns three and four and slid around the high side of Reutzel for second with five laps to catch Macri.

Unfortunately for Larson, Macri’s 3.2-second lead was too much to overcome.

” I was hoping to get a caution there right when I got to second,” Larson said. “It didn’t work out, but I’m happy to get another Top 2 finish. It’s been a few weeks now of Top 2s. A good way to start out the PA swing here and we will keep working on our car and try to get it better for these slick tracks.”

The momentum that Macri has carried over from his trip out West to run with the World of Outlaws has given him tons of confidence entering PA SpeedWeek, which kicks off Friday at Williams Grove.

“Hopefully, I keep saying it, the months I spent on the road changed me as a driver,” he said. “I came back here and I’m ready to win.”

Larson was pleased with his finish and hopes that Wednesday will serve as a tune-up for SpeedWeek.

“Pennsylvania is so different than the rest of the country, just the shapes of the tracks and the surfaces and it’s not like anything we are used to racing on,” he said. “We have come to PA the last few years and have always been competitive, so hopefully we can build off that and try to be better.”

Port Royal Speedway will have an off-weekend this weekend and racing will return to The Speed Palace next week with Wednesday and Saturday events during Pennsylvania SpeedWeek. The July 4th race will serve as the finale of SpeedWeek and will pay out $10,000 to win.