Sentinel photo by WILLIAM WHISLER
The Indian Run Golf Course celebrates its 50th anniversary today. The course has been in the family since its creation in 1970. 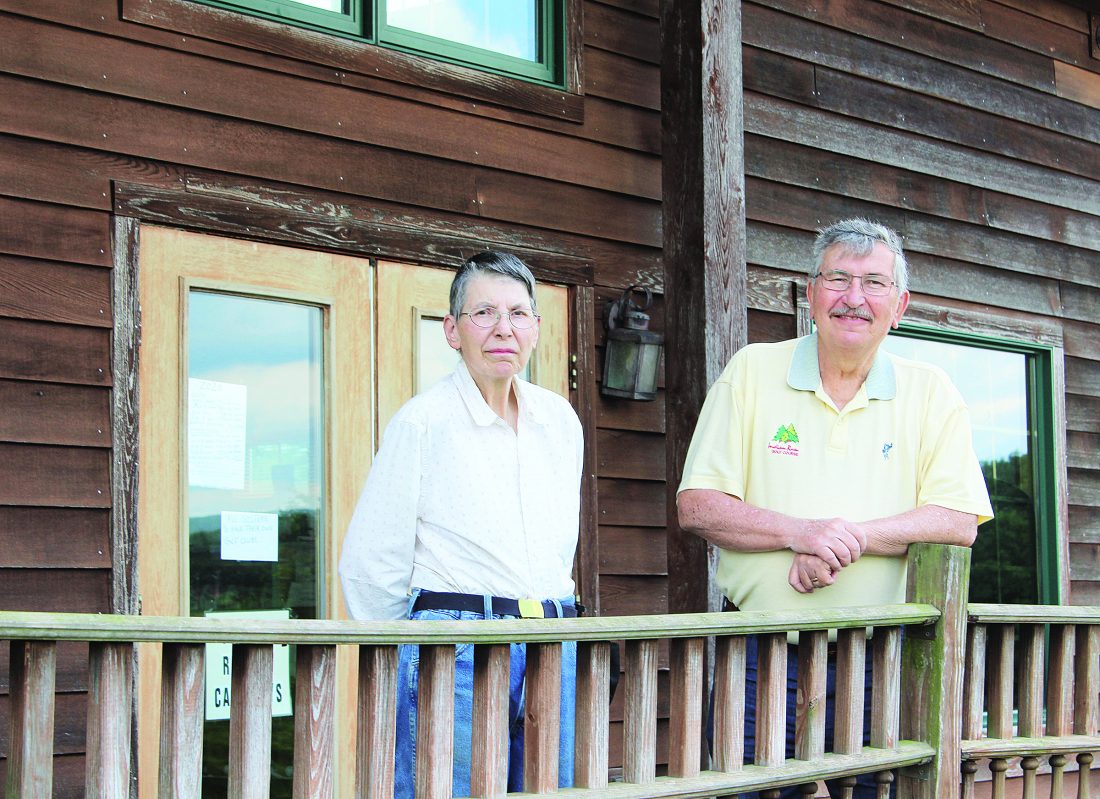 MCCLURE — The Indian Run Golf Course has long been a family tradition for Bill Riden.

The course, which was designed by Riden and opened in 1970, is celebrating its 50th anniversary today. The front nine of the course opened in 1970, while the back nine was created many years after.

Riden had a love for the game of golf from a young age that started when he was seven and he was gifted his first set of clubs.

“The whole thing started when I was seven and someone had given me some Hickory shaft golf clubs and I started trying to play golf with those in the backyard, playing with wiffle golf balls and hitting around,” Riden said. “By the time I was 12, I saw an article in the Golf Digest annual edition about building your own putting green.”

Riden’s father, Robert, agreed to let Bill build a putting green in the yard, which only grew his love for golf. 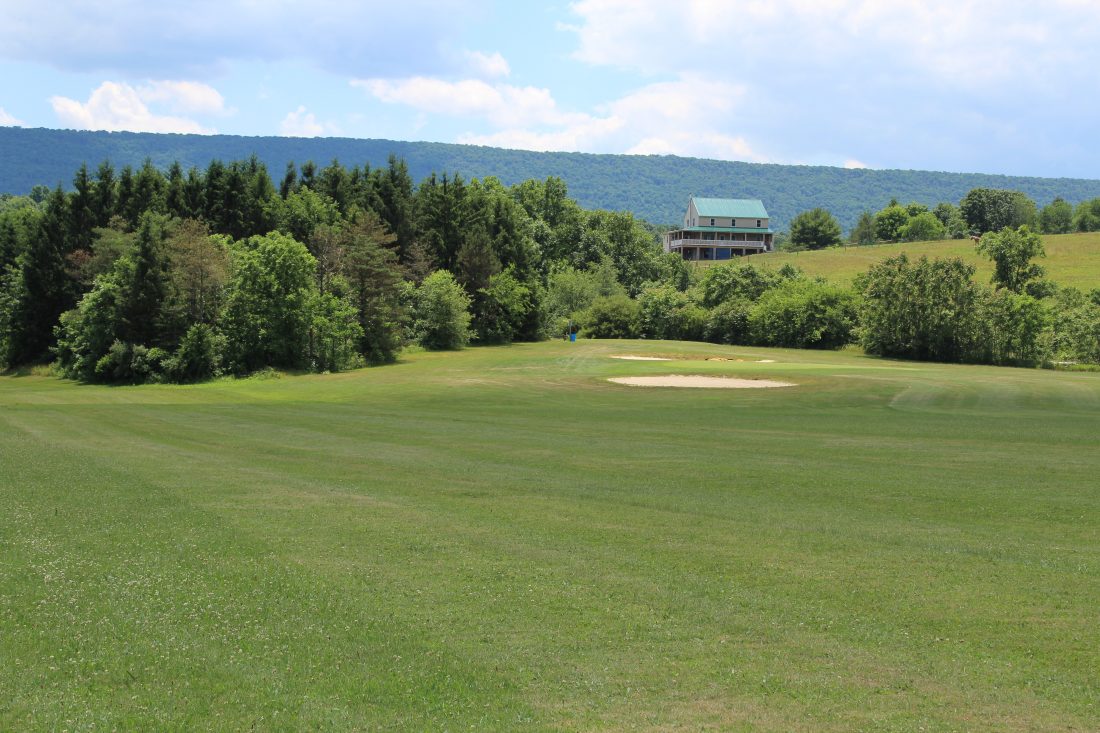 Sentinel photo by WILLIAM WHISLER
The Indian Run Golf Course celebrates its 50th anniversary today. The course has been in the family since its creation in 1970.

“The construction of the putting green required us to dig out about 10 inches, 1,000 square feet,” Riden said. “We got a truck load of sand and we mixed that in with the top soil and then leveled that up and seeded that out with grass. The problem was, how do you mow grass to 10 inches without a green’s mower? We had a little push mower that was self propelled and it would cut to an inch and a quarter, and if I took the rubber tires off, it would move down to about a quarter inch which is how I mowed the grass. By the time I was 14, I knew I could build a putting green and I had asked about building a golf course, and to my amazement, my parents said let’s give it a try.”

The original 90-acre farm was converted after multiple years of drought provided many hardships.

“My parents bought the original farm in 1948 after my dad got out of the Navy and became a dairy farmer,” Riden said. “It was a very hard livelihood with no vacations, working seven days a week. There was a stretch of about seven years where droughts really hurt the dairy industry because you have to raise all your own crops to feed the cattle. So he really wasn’t making any money and I think he was looking for something else to get into.”

That’s when Riden pitched the idea of the course and the family set the plan into action.

“I proposed the idea of a golf course and he said that we could give it a try,” Riden said. “We bought a small bulldozer and a small dump truck to go along with our farm equipment that we already had, like a tractor, ploughs and things like that. We started building the greens because the rest of the ground had to stay in farmland, so my dad could have income. We built the greens and then the tees and the fairways. After about four years of construction, my dad said that we had better open up since I had taken all of his farmland and he needed the golf course to start producing money.”

In June of 1976, the family bought the adjoining farm, giving them another 90 acres to design the back nine. Riden designed the back nine as well, and by the time he was 24, the full 18-hole course was built.

The back nine proved to be a better experience for Riden, who had gained design experience and had learned what worked and didn’t work from the front nine.

“Lots of better improvements on the back nine,” Riden said. “We put in pop-up sprinklers and underground irrigation lines. You kind of learn the hard way from the front nine. When we first built it, we just wanted to build the greens and get it done but we’ve since gone back and enlarged it. There are always improvements to make and we certainly are always making improvements.”

Among those improvements are the addition of a driving range, which is being made on the 10th hole of the course. Riden hopes to eventually devote the hole into a full-time driving range while adding a new hole to the course to give it a full 18-hole experience with a driving range.

The course consists of a wide variety of playing experiences for golfers.

The family also added the clubhouse and the pro-shop, which was completed in 2001. It was something Riden is particularly proud of and he was glad his mother, Jennifer, was able to see the final project.

Riden said that he always tries to keep his prices reasonable in order to best serve the local community.

We always tried to keep our fees reasonable because our clientele are working people in the area. We also do that with our membership,” Riden said. “A weekday membership is $99. You do have to rent a riding cart, but it’s good any day. If you want to play on the weekends as well, we have a $175 membership and you do have to rent a cart, but it’s good to see people getting reasonable memberships because they want to get out and play.”

The course is also running a special until the end of the month, where you can get a monthly membership in either July, August or September for $50 in celebration of its 50th anniversary. You do not have to rent a riding cart for it.

Riden said that each year has its own difficulties, but feels up to the task each year to battle through.

“The challenges of each year are different, so you try to figure out programs, and what will work and plan accordingly,” he said. “We always try to keep the turf as good as we can and add equipment that our workers need to make their jobs easier.”