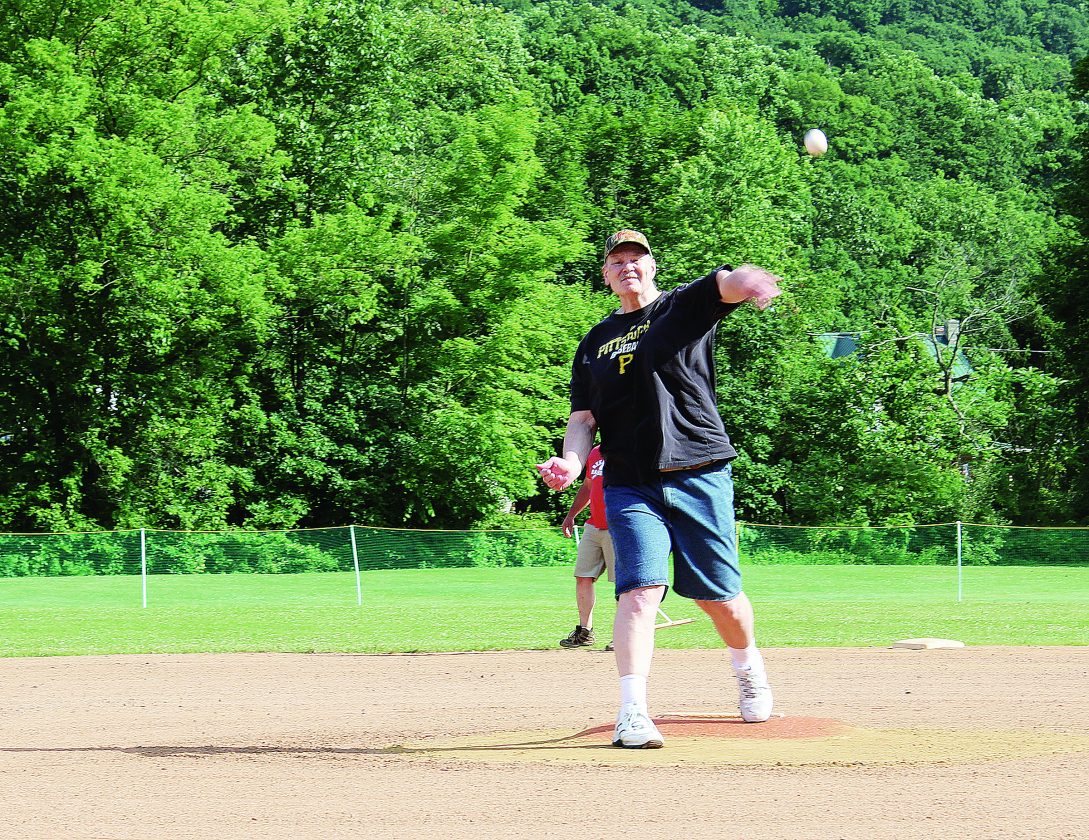 REEDSVILLE — For years, Little League baseball teams had practiced on an old worn down patch of dirt alongside the Reedsville playground on Honey Creek Road in Reedsville.

Thanks to a donation from John Bell, players now have a brand new field to call their own, complete with a new infield, backstop, dugouts and an outfield fence.

The project began in the fall of 2019, as Aaron Bubb, then serving as president of the Reedsville Athletic Association, was working to upgrade the field for local baseball teams, but lacked the funding to do so.

Bell provided the Reedsville Athletic Association with a donation to honor his brother, Thomas Bell, who passed away suddenly in March of 2018.

“This process started back in the fall of last season,” Bubb said. “Mr. John Bell very generously made a donation to the Reedsville Athletic Association. There was always an existing field that we had used for practice, and in the past couple seasons, we have had seven teams in Reedsville playing on one field. It was time for a new field and Mr. Bell wanted to honor his brother’s memory, so he made a very generous donation to us to get the process going.” 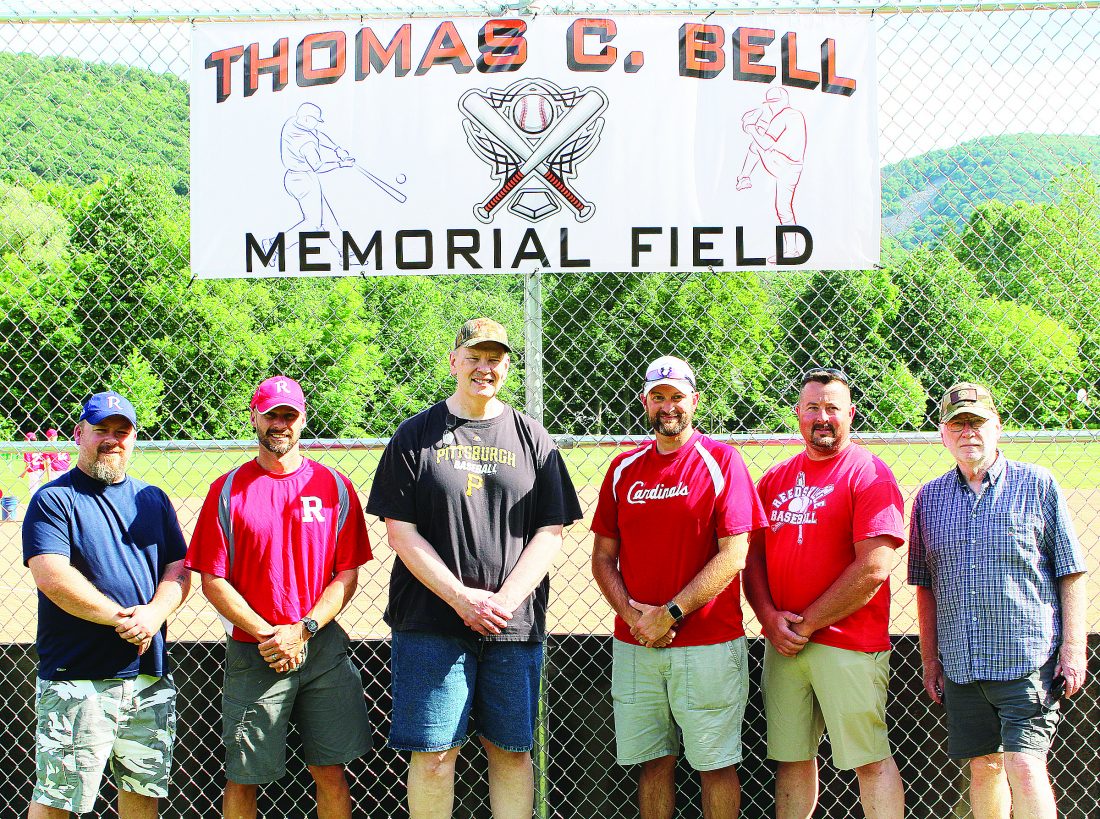 The changes have vastly upgraded the facility, which will now be used for practices and games. Among the field’s specifications are the ability to move the mound and bases to play major and minor baseball. The major league Little Leaguers play Cal Ripken rules, which put the bases at 70 feet and the mound at 50 feet. In Little League contests, the bases are at 50 feet and the mound is 46 feet from home plate.

“The backstop got pushed out, there were no dugouts here at all, there was no fencing and the playing surface is all brand new along with the mound, the bases and the equipment to maintain the field and take care of it,” Bubb said. “It’s basically a brand new field from what was here before.

“It’s night and day. It really is. The practice field that was here was basically a dirt infield and that was it. We are very pleased with the way that it turned out.”

Bell was especially pleased with how the project turned out.

“My brother Tom died suddenly on March 4, 2018 and I was looking for a way to honor his memory,” Bell said. “I had taught with Aaron Bubb, who at the time was the president of the Reedsville Athletic Association and he had mentioned that they were trying to get a new field for the kids to play on, but they were short on funds. I asked him what they needed to get the field up and running so that I could honor my brother’s name with the field. They all agreed to it along with Brown Township. With all the hard work they did, you can see just how beautiful the field is today. It just ended up being a perfect match.

“It’s beautiful. You can see all the hard work that was done,” Bell added. “As a former coach, I know what it takes to just get a field ready for a game, let alone put a field in rehabilitation mode to get it into the shape it’s in today. With the field being cut out in the infield, the fencing, the dugouts. A lot of hard work you can see looking around.”

Bell believes that Thomas, who was a huge baseball fan, would’ve loved having his name associated with the field.

“He was an avid sports fan, and he especially loved the Philadelphia Phillies,” Bell said. “Of course, I’m wearing a Pirates’ shirt so we had our issues that way. But he was a diehard Phillies fan and was a member of the Knights of Columbus and was a grand knight and did lots of fundraising for various organizations in the community and always liked to give back to various charities. I knew that this would be something that he would really be pleased with, to have a baseball field in his name.”

Bell was always inspired by his brother and the way he lived after a car accident in 1984 left him handicapped.

“He was a very motivational person,” Bell said. “In 1984, he was in an automobile accident and he had to use a wheelchair for his life and that didn’t stop him. He motivated a lot of people by being independent, building his own home and driving around in a hand equipped van. He was outspoken to anyone that he saw. He was very friendly and anytime you went somewhere with him there were always people that knew him and would say hi to him. He was very motivating to people who could see the challenges that he dealt with in life, but he was always smiling about it.”

Bubb was especially grateful for Bell’s donation and the support of Brown Township on the project.

“Brown Township really helped too,” Bubb mentioned. “They were given a grant, and there is a drainage ditch that runs along here and they ran some piping under the field, so there is drainage and it will drain into the ditch. It’s in game shape at the moment.”

Bubb said that Brown Township ordered fencing that will run along the sidelines and there will be a concession stand.

The tin on the dugout roofs was donated, along with the stone under the field and the rubble for the backstop to protect it. Lots of local businesses pitched into the project, according to Bubb.

Bubb credited Travis Parkes with the excavation of the project, while Bob Wilson, Travis Zook and Bubb all had a hand in the project.

“Travis Parkes did basically all of the excavation and he dug the field,” Bubb said. “The rest of us helped with some of the finishing things, like building the dugouts, getting the dirt spread, getting the equipment and putting up the fence. As far as the hard work, Travis Parkes did most of it.”

Current president of the Reedsville Athletic Association Pat Joyce said that nothing would have been possible without the donation the association received.

“In all honesty, we wouldn’t have been able to get to this point without the help of the township along with the generosity of Mr. Bell,” he said. “That really helped us a lot.”

“I just wanted to say that it was done professionally,” Wilson added. “This field doesn’t retain water, even though the creek is there. We have had flooding before. It was done unbelievably well and the people who did it knew what they were doing. They put down rocks and did everything the way they should’ve. It is flat and there are no holes anywhere.”