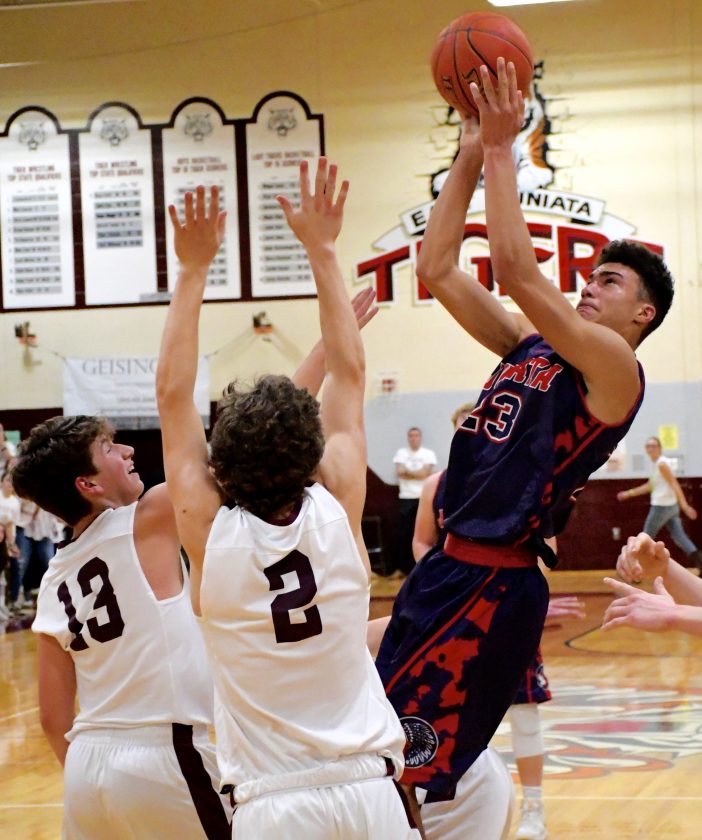 COCOLAMUS–Juniata’s coach Al Ream was standing outside of the visitor’s locker room answering questions from the media after his team’s 42-41 win over rival East Juniata. As the Tigers began filing out of their locker room, many players came up to Ream and congratulated him on a job well done. Ream addressed each player by name and wished them luck in the remainder of the season, displaying just how much respect is held between the two teams that represent Juniata County.

Both Ream’s history as a football coach for East Juniata and his relationship with current Tigers’ coach Chris Wolfkill takes the respect between the two programs to a new level.

“I know the parents of these (East Juniata) kids. A lot of their parents played for me,” Ream said. “I think that respect is there between me and them (East Juniata players) and their parents. And I appreciate that.”

Wolfkill, who has knows Ream for years, speculates that the current respect of the programs stems off of the respect that the two coaches clearly have toward one another.

“Our respect for each other, the kids see that and they gain that respect for themselves,” Wolfkill said.

That respect, as well as a unwavering intensity on the court, was on display in Monday night’s clash between Juniata and East Juniata. Just because there is respect between these teams, doesn’t mean they hold anything when it’s time to compete.

The Indians set the pace early and jumped out to an early 6-0 lead, thanks to Emmanuel O’Donell who scored three easy baskets in the paint. Instead of letting the game get out of hand, the young East Juniata team kept the score close, with help from a three-point play by Evan Reichenbach and hot-shooting from the 3-point line.

O’Donell scored eight points in the quarter as Juniata took a 16-12.

Billy Dressler was beaten in the paint early on by O’Donell and took some heavily-contested shots that didn’t fall. Wolfkill put his most consistent scorer on the bench so they could talk about fixing his style of play.

“I said ‘Billy, you gotta play within the scheme of our team, you cannot play within an individual. You need to play within our team,'” Wolfkill said.

Dressler received the message loud and clear as he poured in a team-high 16 points and held O’Donell to just three points after the first quarter.

“He came out and played. He really did,” Wolfkill said. “I told him after the game, I said ‘I’m proud of you, Billy. That was the first (time) you played an all-around game.'”

Dressler grabbed seven rebounds and five steals in addition to the 16 points.

Dressler and Tanner Barth led the Tigers’ offense in the second as East Juniata began the quarter on a 6-0 run to take a two-point lead. The teams traded the lead for the remainder of the quarter, but with the help of Jace White’s seven-point second quarter, Juniata held a slim 27-24 lead at the half.

The third quarter is where the game started to slip away for Juniata. The offense that scored 27 points in the first half, only mustered three points in the third quarter. This was due to an improved defensive effort by East Juniata and a deviation from the playbook from Juniata.

“Give them credit” Ream said. “But also, we quit running our offense. We started looking for other things–we tried doing one-on-one stuff, and that’s not us.”

East Juniata used a 4-0 run and its defensive momentum to take a 34-30 lead into the final quarter, as Juniata scrambled to find answers on offense.

The Indians started the comeback immediately, tying the game and trading the lead with the Tigers. Jacob Condo knocked down consecutive 3-pointers, which put the Indians ahead by a score of 40-38. The score remained the same for the next two minutes until Dressler hit a tough fadeaway to tie the game.

Reichenbach buried a free throw to give the Tigers a 41-40 lead with 36 seconds left. Yadiel Ortiz responded by putting up a shot for the Indians which missed, but the rebound was grabbed by O’Donell who laid the ball in for the 42-41 lead with 11 seconds remaining.

East Juniata had one final look and a chance to win the game, but Xavier Clement was forced into an uncomfortable shot, which came up short. As O’Donell collected the rebound, the buzzer sounded, indicating a thrilling win for the Indians.

East Juniata, who came into Monday night’s game fresh off of a close lose to Greenwood, is starting to put the pieces together of a team that can compete every game.

As was expected for a Juniata-East Juniata basketball game, the gymnasium was rocking, as the fans showed up in droves to cheer on their hometown teams. The crowd fed into a game that was every bit as intense as they were.

Did not score: Jeff Zimmerman 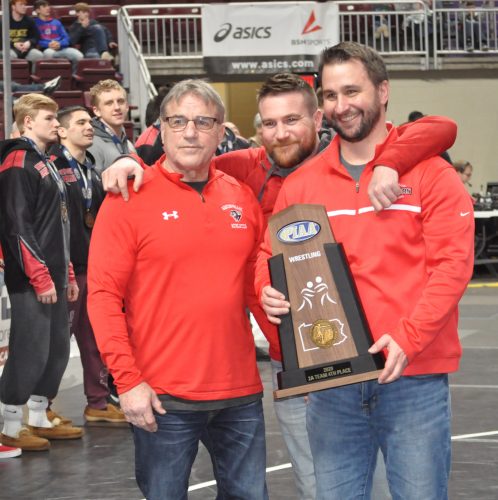 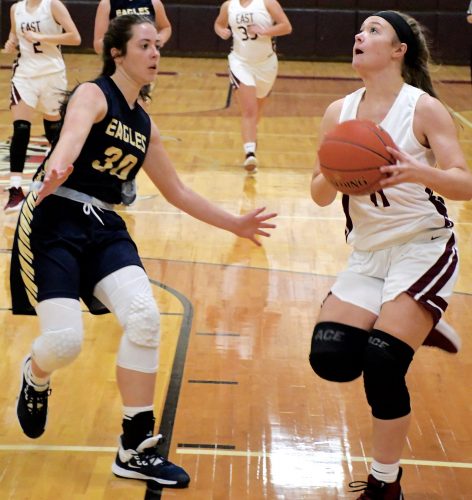 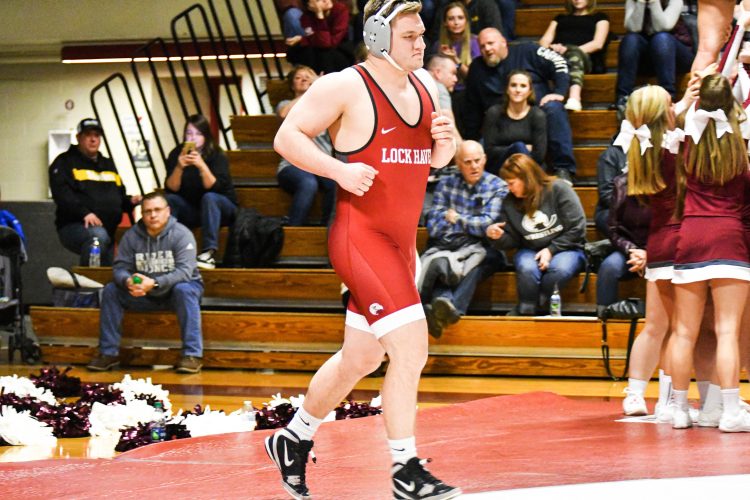