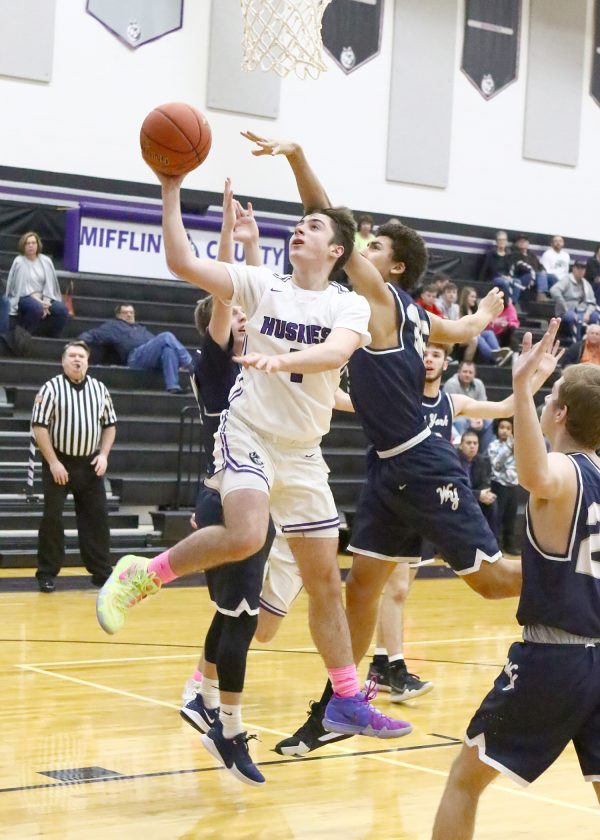 LEWISTOWN — Mifflin County played its best game of the season, but a late run to end the first half by West York created a seven-point deficit that the Huskies couldn’t climb out of in a 60-48 loss in a non-conference boys basketball contest on Saturday afternoon.

West York (9-8) closed the period on an 11-4 run, capped off by three free throws by Corey Wise after he was fouled shooting a 3-pointer with one second left in the half to give the Bulldogs a 30-23 lead at halftime.

“We were up one late in the half, but next thing you know we are down seven at halftime and I think that that was a big momentum shifter in the game,” Huskies’ coach Scott Gaffey said. “There for a while we played really even in the first half, and even in the opening minutes of the second half as well. It was really that stretch at the end of the half that was a killer.”

Cherry put forth a great showing offensively, scoring 24 points including 10 of Mifflin County’s 14 points in the first quarter.

“Conner was amazing getting offensive rebounds and driving to the basket and scoring,” Gaffey said. “It hurt us when he fouled out late but at the same time, he fouled out because he was working hard. We needed him to do that and he gave us the execution and the points we needed. He really played an amazing game.”

Mifflin County fell behind 6-2 after a pair of 3-pointers put the Bulldogs up with 6:40 left in the first quarter. Cherry got going on the offensive end and tied the game at 14 with a jumper he banked in from the left block with 2:30 left in the first.

The Bulldogs retook the lead on their next possession, as an airball on a 3-pointer was cleaned up under the basket by AJ Williams with 3:21 left in the second. Three free throws by Wise gave West York a seven-point advantage at by halftime.

Xavier Vega tried to answer the run early in the third, converting a steal into a 3-pointer in the opening seconds to cut the advantage to four points, but West York grew its lead with two threes, including one by Ty Nalls with 4:02 left in the third that gave the Bulldogs a 38-26 lead. The Huskies had eight turnovers in the quarter that helped West York begin to pull away. The Bulldogs had a 40-32 lead through three.

“Yeah, that hurt us and a lot of them were unforced,” Gaffey said. “We had been taking care of the ball really well. We were able to break their press and go against the 1-3-1 but we had a couple miscues with guys going for handoffs that didn’t know if they were going backdoor or not and the ball went out of bounds. A couple weird plays that were killers.”

Mifflin County tried to claw back into the game, but West York possessed the ball well and milked the clock with a good execution of the four-corner stall. The Bulldogs drained precious seconds off the clock and ended possessions by getting easy layups or ending up at the line. West York shot 12-of-18 at the line in the fourth to close out the win.

The Huskies enter Monday night’s rivalry game at State College still looking for their first victory of the season with six games to play.

“We have more games coming up against teams that are very similar to West York,” Gaffey said. “If we come out like this and compete, then we are going to have a chance to win in all of our remaining games. We have to play hard and take care of the ball, but if we do that, we have a chance to win. Hollidaysburg and State College are in a lot of ways, similar to the West York team we played today.” 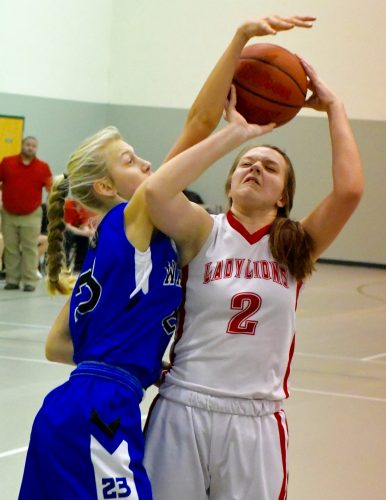