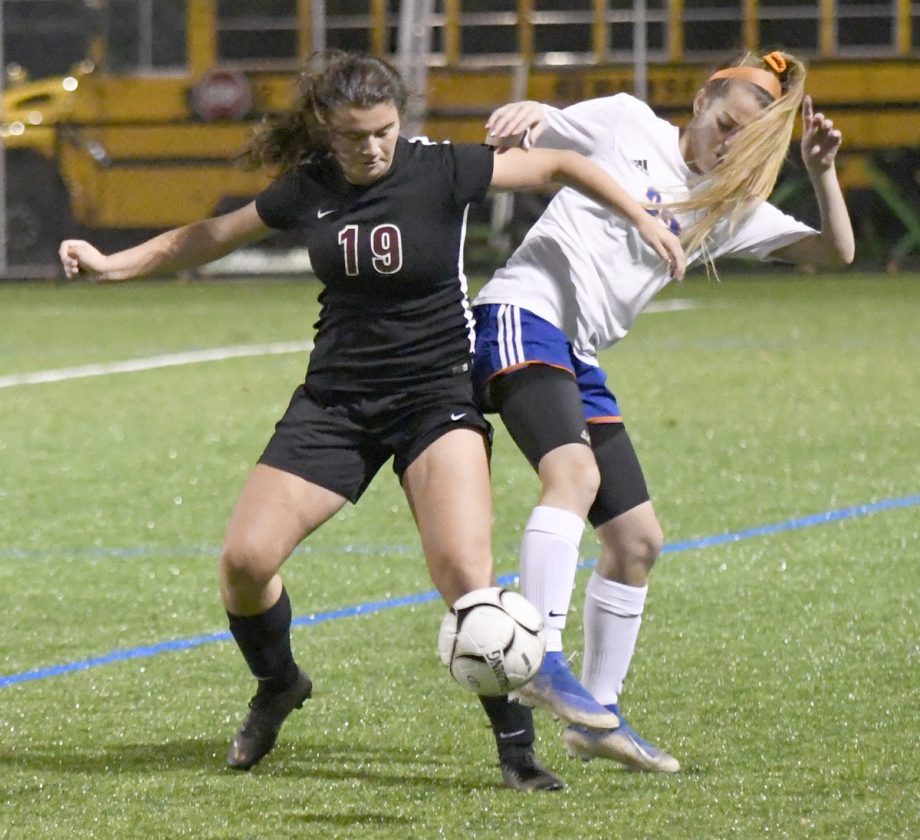 MIDDLEBURG — In a bout between two district champions, it was East Juniata who came out on top with an 8-2 win over Mountain View in a first-round PIAA Class A girls soccer game.

Thea Neimond, the hero for the Tigers in their District 4 championship win continued her strong play, tallying two goals and two assists.

The win advances the Tigers to a rematch with Fairfield, a 2-1 winner over Moravian Academy, Saturday at a site and time to be determined. Fairfield and Easat Juniata have met in state play previously, and Fairfield was the only blemish on the Tigers’ schedule this year.

The game was very physical but the Tigers used their finesse passing and smooth transitions to blow away the District 2 champions.

“I think the girls were ready to get to the next chapter,” East Juniata coach Val Dressler said. “We closed one, now we finally started looking at states.”

East Juniata started immediately with their aggressive play, taking the ball into the Eagles’ half of the field, looking to strike early. Mountain View stacked the box, preventing the Tigers from completing any passes down around the net. This lead to East Juniata settling for long shots, most of which missed high.

Less than nine minutes into the game, the Tigers broke through when Kierstyn Fogle sent a nice pass to Neimond, whose shot skidded off the crossbar and into the back of the net.

Playing with a 1-0 lead, the Tigers did not change their game plan, continuing to attack the Mountain View defense. Since the Eagles brought back so many players to help on defense, their offense was unable to get anything going for a majority of the first half. This allowed East Juniata to keep the ball in Eagles territory and fire shots at will. By the end of the game, the Tigers offense put 29 shots on goal.

With 22 minutes left in the half, East Juniata added to its lead as Neimond scored yet again. This time, it was Leah Sankey who delivered a crisp pass to Neimond right in front of the net. Neimond turned and fired, curving the ball just out of reach of the Eagles goalie Morgan Hammond.

Mountain View decided that playing defensively was not the proper move in order to beat the East Juniata scoring machine, so the Eagles decided to go on the attack. Mountain View was charging the goal on a fast break when a foul was called on East Juniata. Natalie Cross lined up for the free kick and placed it beautifully over the head of a leaping Brianna Henry for a goal.

With the lead now cut to 2-1, East Juniata tried its hardest to not let Mountain View gain any momentum from its goal.

The Tigers responded with with two more goals before the half.

Sankey connected on a free kick of her own. Her shot, similar to Cross’, hung in the air and sailed over the reach of the goalie. Then, Cypress Feltman found the back of the goal with a shot off her left foot, which tucked itself into the right side of the net.

Even with a comfortable 4-1 lead, East Juniata came out in the second half looking for more. It took less than two minutes for the Tigers to strike again when Amara Brubaker tapped a loose ball out of the reach of Hammond for a 5-1 lead.

Mountain View still refused to roll over. The Eagles pushed the ball into the Tigers’ box, and were able to keep the ball away from the defense. Reagan White found an open Maressa Salansky who gathered the ball, shot and scored.

The second goal for the Eagles didn’t rattle the Tigers, who went on to score three more times before the game was over. But Dressler told her girls that, moving forward, they can’t allow teams to capitalize on mistakes.

“We’ve really been drilling that you can’t make technical mistakes, like the second goal (for the Eagles).” Dressler said. “It’s unacceptable. You can’t make mistakes like that, especially in state play.”

At the 26-minute mark in the second half, Neimond sent a ball through the middle, behind the Eagles’ defense. Fogle received the pass and easily shot the ball past Hammond.

Just over a minute later, Fogle scored again, this time off of an assist from Sankey. Fogle dribbled through two defenders before landing her shot.

With a 7-2 lead, East Juniata put in the substitutes. Macy Buskey took advantage of the playing time, scoring the final goal of the night for East Juniata, punching a ticket to the next round of the state tournament.

In a game in which the Tigers scored eight goals, it would appear that the offense was firing on all cylinders. For the most part it was. But, multiple times throughout the course of the game, East Juniata sent a pass into the box, creating a perfect opportunity to score, but there were no Tigers to take the pass.

“The job is to find someone’s foot. I also think we need to clean that up — just knowing where everyone is on the field,” Dressler said. “Other than that, the offense had much more opportunities than last game.”

Dressler is also proud of the composure her girls displayed on the field. Mountain View played physically, both within the rules and outside of the rules. Instead of fighting back, East Juniata let the scoreboard do the talking.

“I think that is 100 percent our style that we’ve always taught the girls,” Dressler said. “You don’t lose your cool. Be very sportsmanlike — very physical though. We want that kind of play because teams at this point are just going to be physical… I am very proud of them for not losing their cool.” 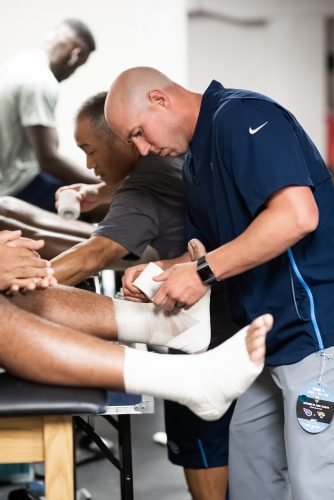 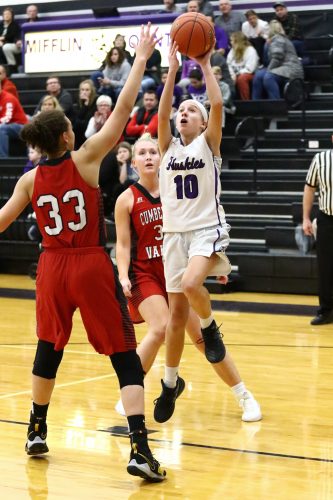