Eagles score once in each half for win 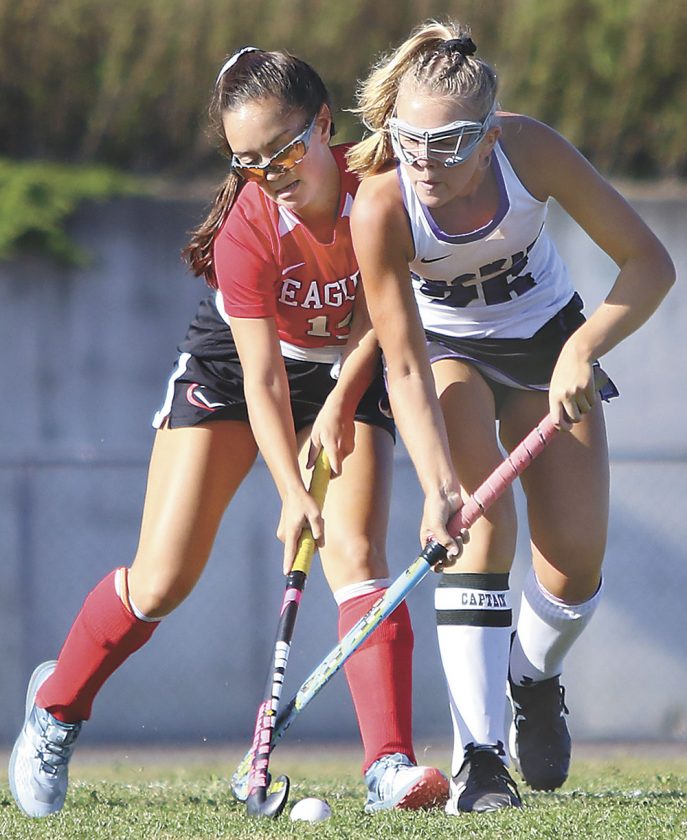 “I’m super happy — we played so much better today than we have been the previous games,” Huskies coach Ashley Suydam said. “We came out with better intensity, better passing combinations. I thought we were communicating so much better so you know to lose it, yeah, it’s a bummer but I’m certainly much happier with how we played tonight.”

It did not take long for the Eagles to get on the scoreboard. Just over five minutes into the game Caprise Spriggs found an open Ami Mattingly to give Cumberland Valley a 1-0 lead.

Mifflin County immediately went on the attack in the Eagles’ circle creating several opportunities to put the ball in the net but failing to scored.

The Huskies at one point in the half had three straight penalty corners to get points on the board but were unsuccessful.

Persistence eventually paid off as Mifflin County stormed the circle again applying pressure on goalkeeper Peyton Crawford. She was able to kick one ball away but it fell right to sophomore Jordi Attick, who caught the rebound and fired a rocket into the net sending both teams into the half with a 1-1 tie.

The Eagles kept control of the ball on the Mifflin County side of the field in the second half. The Huskies’ defense stood strong, not allowing many opportunities for Cumberland Valley to get shots.

Anytime the Eagles try to press on offensively, they were immediately met with either Monica Druckemiller or Abby Moon among others to keep them at bay.

“We definitely marked better in the second half then we did in the first,” Suydam said. “Their first goal we just didn’t have anyone on a player so overall marking was much better defensively in the second half so I was happy about that.”

But the pressure was too much as Cumberland Valley was able to break through the defense. Mattingly struck again to give the Eagles the go ahead goal.

“I was pleased with out senior leadership, they did not give up,” Thunder coach Brian Renno said. “We showed great grit and determined today.”

The score was tied at two apiece going into the second half, but the Thunder got into foul trouble allowing Dillion Stokes to extend the lead to 4-2 on two penalty kicks.

It was Yoder again in overtime. Yoder had four goals in the game.

“I was pleased with how David finished his goals,” Renno said. “He finished with composure, he did a great job leading the comeback.”

Olivia Kahley won her singles match against Grace Sanderson in straight sets but it wasn’t easy. Kahley won the first set 6-4 before winning the second set 7-6.

The duo of Isabell Wagner and Lauren Smoker had a tough challenge in their doubles match. After dropping the first set 7-6, Wagner and Smoker battled back winning the next set 6-4 and the final set 6-2.