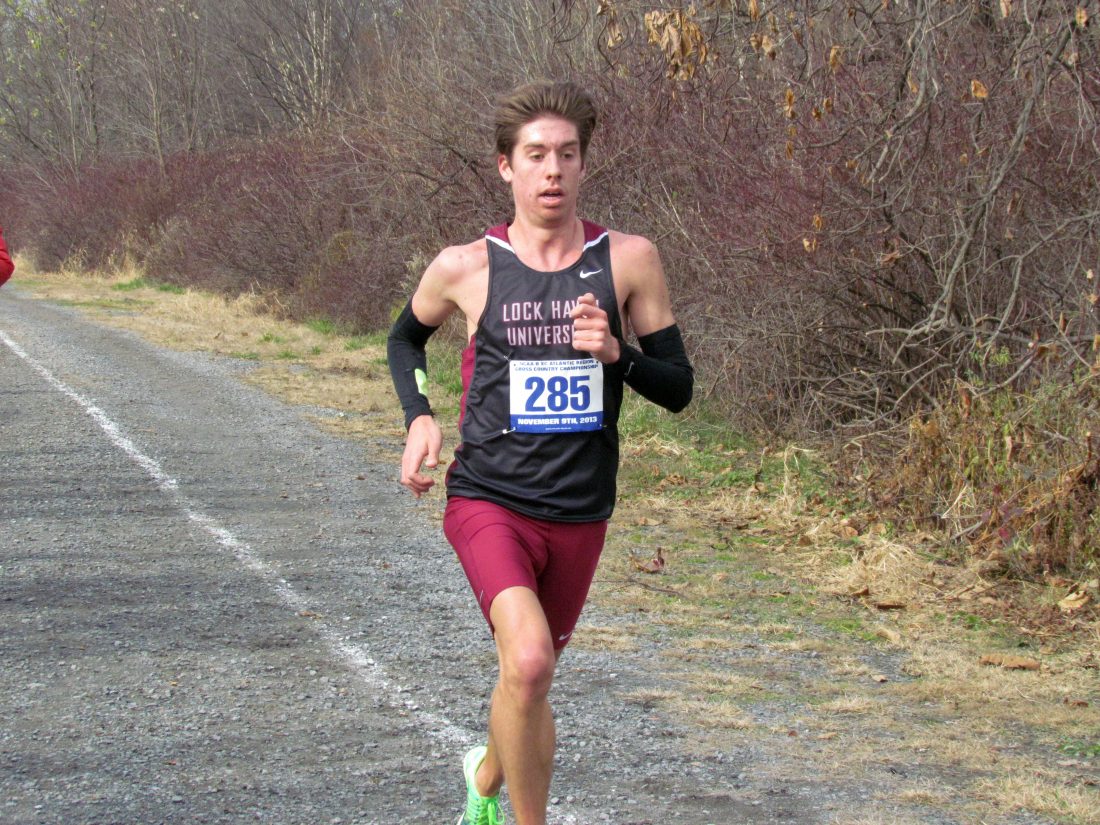 BOULDER, Colo. — There’s something special about running in the purest sense that no matter how good you are, it is something that simply can’t be mastered. At the highest level, the sport requires dedication, discipline and an endless amount of determination.

Former Indian Valley High School graduate Alex Monroe is familiar with all of those things.

He’s competed against some of the world’s best throughout his career and with less than a year before the 2020 Olympic Qualifiers, the 27-year-old got a taste of where he stands when he competed in the 10K at the 2019 USA Track and Field Championships in Des Moines, Iowa, on July 25th.

“Overall, the result was not indicative of my current fitness,” Monroe said. “That being said, my coach and I made a deal that if I qualified it would be treated only as a workout. The Chicago Marathon needed to remain the focus. So, I have tried not to put too much thought into the result on paper, as I had 95 miles in my legs the week leading into the race. Had I freshened up for it I would’ve liked to flirt with that Top 8, but for where I am at currently it wasn’t a bad result.”

Monroe qualified for the championships with a 28:53 mark earlier this year in San Diego, a year after missing out on the event a season ago — something he vowed he wouldn’t let happen again.

This time, he worked the event into his training as he focuses on the marathon.

“Training has been going really well,” Monroe said. “I’m in the middle of a marathon segment, so USA’s actually wasn’t my biggest focus for this year. My coach and I decided if I qualified, that I was allowed to race but not taper for it. So, I watched the list and realized I was going to get in which made my decision to make it part of my marathon block very easy.”

Pushing through the Darkness

Despite reaching the championships, this year hasn’t come easy for the elite runner.

Monroe called the past year one of the most challenging he’s ever faced, but one that has pushed him in every facet.

In February of 2018 as a member of the Boulder Track Club, Monroe lost a teammate and friend in Jonathan Grey of York, who committed suicide after a long battle with depression.

The loss was particularly hard on Monroe and pushed him to alter his training and find a way to grieve.

“The past year has been the most challenging of my career, but in ways I’ve also grown more than I ever have,” Monroe said. “For the six months following [Jon’s death] my training really took a back seat. After taking some time for myself and to grieve, I recognized pretty quickly that I was in the wrong environment for healing. Grief is a tricky thing, but I know Jon wanted us to run because we loved it. For that reason, I decided to make a coaching change. It was not easy, and I loved my old team immensely. But I also wanted to get back to running for the right reasons. It was the best decision, and three months later I joined Richard Hansen and the Roots Running Project. It has been an adjustment, but overall, I see daily improvements in my training and most importantly in my happiness.”

Along with dealing with grief, finding a way through the “dark places” is what separates top runners from the rest, and it is something that Monroe is finding a knack for.

“My mental game needs the most work,” Monroe said. “Training has never been my weakness. Unlike many, I really enjoy putting in the work to achieve a big goal. But the reality is you have to be able to go to a dark place in races and stay there for a long time. It requires the ability to want to hurt. I’m still learning how to go there every time. I’m getting there, but it’s a tough skill to master. My strength is for sure my ability to train hard because I love it.”

Monroe’s family has been something that he has found his strength in.

“I have a huge support system in my family and friends,” he said. “My parents are my biggest fans, and yet they also help me feel grounded at the same time. They have a way of putting everything in perspective and that allows me to run for the right reasons. I couldn’t be more thankful for their unwavering support.”

In 2011, Monroe won a bronze medal at the Pan-American Games and represented Team USA at the Club Cross Country World Championships in Edinburgh, Scotland, in 2015.

Monroe finished in 17th at the 2016 Olympic Trials in the 10K with a time of 27:55.04. The event is one that Monroe was disappointed with at the time and one that he has learned from. Despite a tough result trying to reach the Olympics in Rio, Monroe is hopeful for Tokyo.

“The goal hasn’t changed since the trials in 2016,” Monroe said. “I left Hayward Field with the intent to train as hard and as smart as possible, giving myself the best possible chance to make a team. I get two chances — Atlanta in February for the marathon, and Eugene in June for the 10K — to bring this dream to life. I have a ton of work to do to put myself in the conversation, but I’ve also proven I can run with the best in the country and that is a great position to be in.”

Monroe believes that his past has set him up for success and it’s something that he uses as he looks to improve and hopes to reach the world’s biggest stage.

Monroe will compete in the Chicago Marathon on October 13th before refocusing to the trials in 2020. Monroe lives in Boulder, Colorado, and has trained there for the past few years.

“The path hasn’t always been perfect, but I’m really proud of what I’ve done with the cards I’ve been dealt,” Monroe said. “My simple beginnings at Indian Valley taught me humility. Lock Haven taught me how to fight for what’s mine. Being a pro has made me so thankful that I get to do what I do every day. I’m not sure how long I will get to do this, but I know I will take these lessons with me as far as I can go.”

From staff reports PORT ROYAL — After discussions with the various touring series that support us and in ...

COCOLAMUS — During the 2019-20 season, East Juniata earned a District 4 playoff spot and finished third in the ...

MILLERSTOWN — Greenwood capped off a strong basketball season, as both the boys and girls basketball teams ...

MIFFLINTOWN— In the 2019-20 season, Al Ream and his Juniata Indians finished second in the Tri-Valley League West ...

Japan to declare state of emergency for Tokyo, other areas

After virus fades, service industries may be changed forever