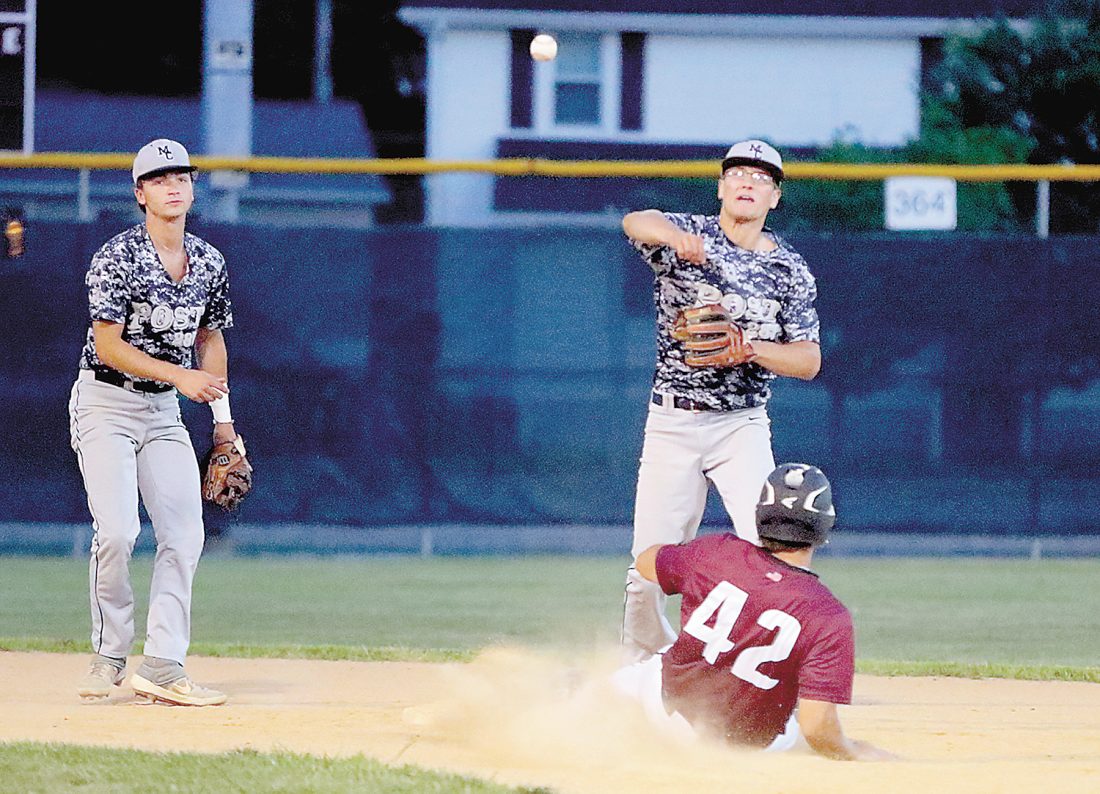 Yetter, back for the first time in the playoffs after playing travel ball, went six innings to lift Milroy Post 287 to its second CPL tournament championship in as many years with an 11-1 victory over Altoona Monday evening at Mansion Park.

On the mound, he struck out seven and gave up one run on five hits. Yetter was a force offensively as well, going 2-for-4 with three RBIs.

“It was one of those things where I threw over the weekend for my tournament team. I wanted the ball from the word go. I didn’t care how many pitches I threw, I like to compete and I was fortunate guys made plays behind me. I had to use my defense,” Yetter said. “I’m very thankful for that. We just started piling on runs and it snowballed from there. I’m glad my teammates wanted me in the lineup and I’m glad I was able to help them win.”

Mifflin County (16-4), along with regular-season champ Beech Creek, advance to the Pennsylvania Region 7 tournament beginning Friday at Legion-Keener Park in Latrobe. Region 7 is comprised of the Central Penn, Cambria, District 31 and Jefferson leagues.

“The final score was not indicative of this game. It was in doubt right until the sixth inning. Give our guys credit. They played great,” Howard said. “Another great defensive effort. Brian Yetter comes through. He looked good on the mound and Eich (Ethan Eichhorn) closes it down for us. It feels really good. If ever a team deserved to win, this one did.”

Mifflin County took a 1-1 tie into the sixth and exploded for four runs in the inning, thanks to the bread and butter of Howard and long-time assistant Chuck Curry — small ball.

Tyreen Smalley started things off with an infield single, Evan Mock laid down a sacrifice bunt to move Smalley to second and Connor Yoder walked to load the bases. Jared King delivered a base hit to center, scoring Smalley for the 2-1 lead.

Max Oburn followed with a walk. Colby Bodtorf reached with an RBI walk and Yetter ripped a two-run single to center, making it 5-1.

“When Brian got here tonight he said he wanted the ball and I love that attitude. That personifies this team. They are all about teamwork and team effort and they showed it tonight,” Howard said. “They won a championship and now we’re going to regionals.”

Post 287 used the bunt to devastating effectiveness in the seventh, scoring six runs and ending any hope of an Altoona comeback.

Noah Wright singled, Mock laid down a textbook bunt for a base hit and Smalley reached on an error on a bunt that plated Wright. Smalley scored on a wild pitch and Connor Yoder followed with a sacrifice bunt that brought home Mock.

King reached on another Post 682 error, advanced to second on a wild pitch and came home on a base hit by Oburn. Bodtorf followed with an RBI triple to left field. Yetter brought home the final run of the frame with a sacrifice fly to right.

“I said it before, people can say what they want but small ball is electric and we personify it. Tonight, was a good example,” Howard said. “We had timely hitting, but the small ball was the difference. I think we had four consecutive bunts and they came unhinged.”

Mifflin County opened with a 1-0 lead in the first when Oburn singled, took second on an error and scored on a ground out by Wright.

Altoona scored its lone run in the fourth after Brendan Baney walked and crossed home on a double by losing pitcher Cameron Mauk.

“That one bad inning was a fluke yesterday. This is a team that lost only three games out of 21 and all three of them were by two runs,” Howard said. “They showed tonight, they are a championship caliber ball team in every way.” 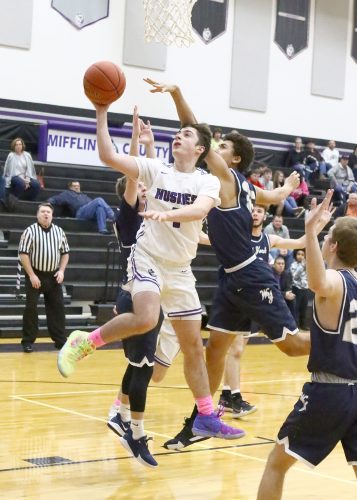 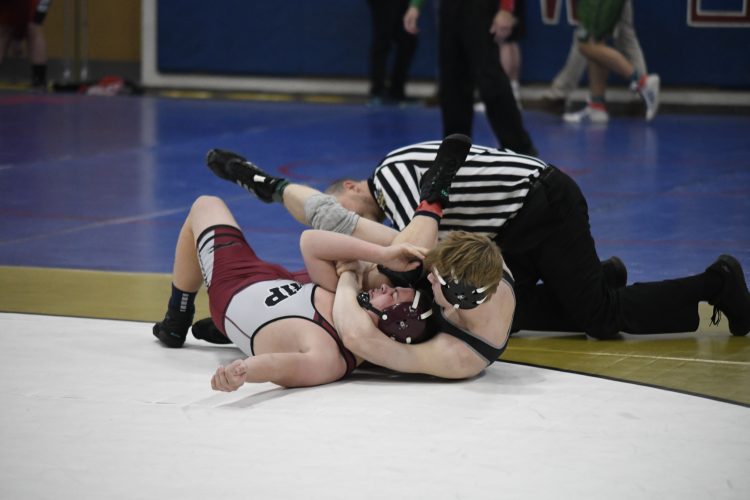