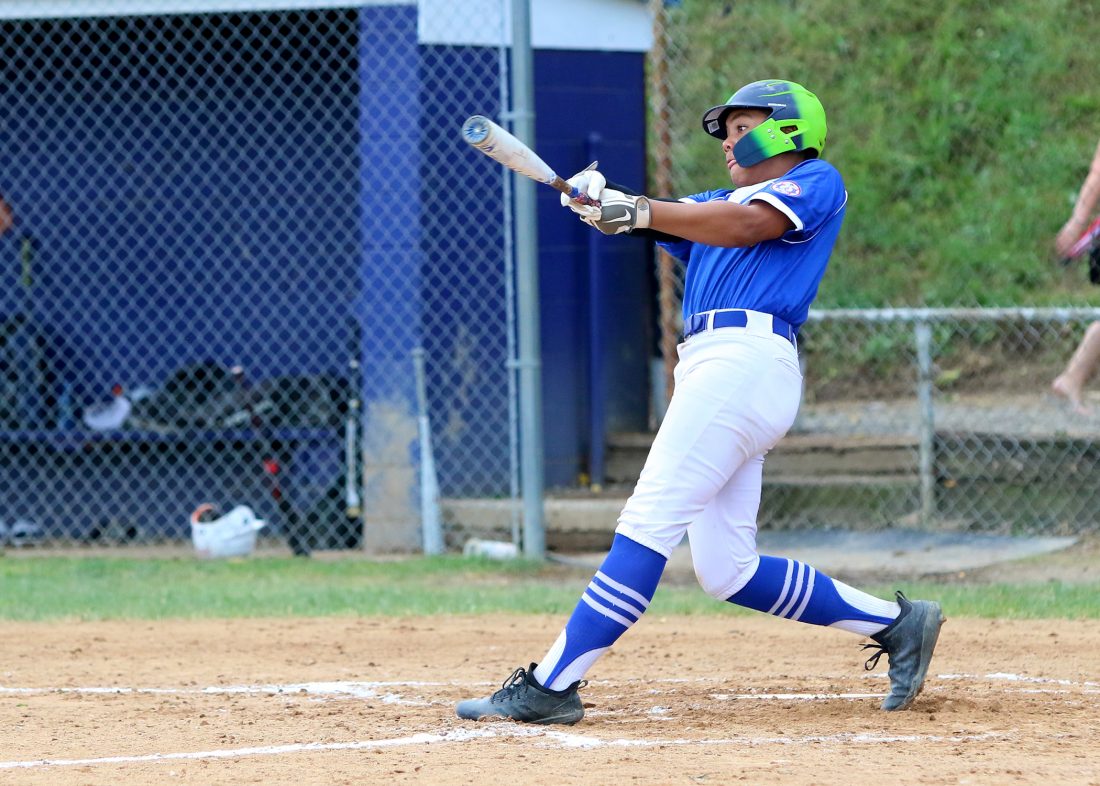 Sentinel photo by MATT STRICKER
Mifflin County's Xavier Smilth slugs a two-run single in the bottom of the second inning Tuesday in Milroy.

MILROY — The Babe Ruth 13-year-old all-stars hold a 10-0 lead in the bottom of the second over Franklin Township when the rains came and forced a suspension of its semifinal game Tuesday at Armagh Field.

The contest will pick up at 5 p.m. with Mifflin County still batting and runners on second and third with one out.

After a scoreless first inning, Mifflin County got the bats cooking with nine hits in the second and saw 13 hitters come to the plate.

Tucker Gill started the scoring bonanza with a two-run single to left plating Ryan Kanagy and Landen Eichhorn for the 2-0 lead. Hunter Bailey reached on a base hit while Deakon Schaeffer walked to load the bases. Caden Wolfley got an RBI walk bringing home Eichhorn. Xavier Smith ripped a two-run base hit to left for the 5-0 advantage, chasing Franklin Township starter Talan Sensinger.

The runs just kept on coming. Trevor Sheaffer was hit by a pitch and Kanagy, who started the inning, collected a two-run knock to left, making it 7-0. Sheaffer scored on an error, Kanagy on a wild pitch and Bailey doubled to left scoring Eichhorn, who reached on his second base hit of the game.

Smith, Kanagy, Eichhorn, Gill, and Bailey have two hits each. Wolfley gave up only one hit with three strikeouts on the mound in two innings of work.