MILROY — All season long Milroy has given league-leading Burnham all kinds of problems. It was no different on Tuesday night.

Milroy gave Burnham one of its three losses on May 22nd, as it went nine innings in a 3-1 win. In the second game, on June 10th, Burnham pulled out a 5-4 victory.

In the latest matchup, Burnham scored three times in the seventh inning to go ahead, 6-4. The league leaders scored on a wild pitch, an error and a ground out by Landon Black.

Burnham only had three hits and all three came off the bat of Rylan Bailey. The 15-year-old singled in the first, third and fifth innings. He drove in two runs and scored a run in the seventh.

Xavier Smith went the distance for Burnham. The rookie hurler struck out four, walked two and gave up nine hits.

Milroy got a big effort from Alex Kline as he had three hits. Jamison Bubb and Tucker Crum each had two. Hector Maldonado doubled in the fourth inning and scored Milroy’s first run. After the double, he stole third and scored on a passed ball.

Kline doubled to lead off the seventh and later scored on a passed ball. Milroy had runners on second and third with two out when Bubb lined a shot at second baseman Tye Plank, who made a diving catch to save the game and the win for Burnham.

Milroy’s Ian Hartzler pitched into the seventh inning before being relieved by Ryan Esh. Hartzler struck out seven and walked seven.

BELLEVILLE – Belleville’s Josh Bryson pitched and batted his team to a 2-1 win over Strodes Mills.

Bryson went all seven innings as he struck out five, walked six and gave up two hits.

Strodes Mills scored a run in the first inning as Tyler Hunter scored on a run down between third and home when Belleville committed an error.

Isaiah Alters and Dupree Reed had Strodes’ only two hits — both singles.

Bryson had two of the three Belleville hits and drove in both runs. Bryson had an RBI double in the third and singled home the winning run in the sixth.

Strodes wasted a great pitching effort by Zane Smith, who went all six innings. He walked only three, struck out one and gave up just three hits.

The win moved Belleville manager Bill Corbin closer to the 700-win mark. Corbin now has an overall record of 697-375, and already holds the mark for most wins in Pennsylvania for a Babe Ruth manager.

From staff reports LOCK HAVEN — The Board of Directors of the Pennsylvania State Athletic Conference voted on ... 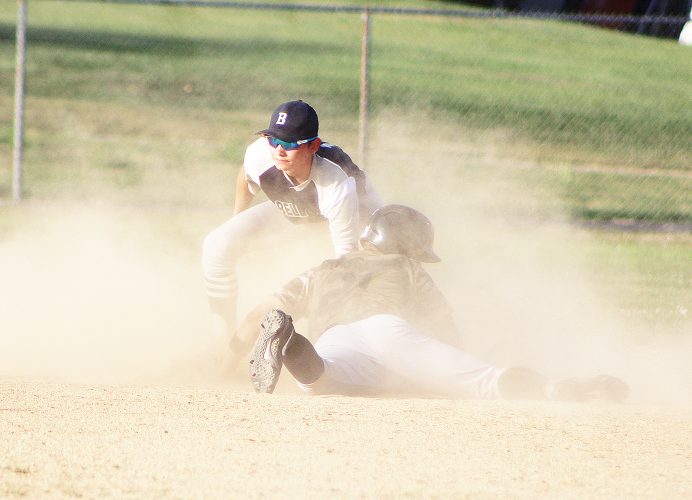 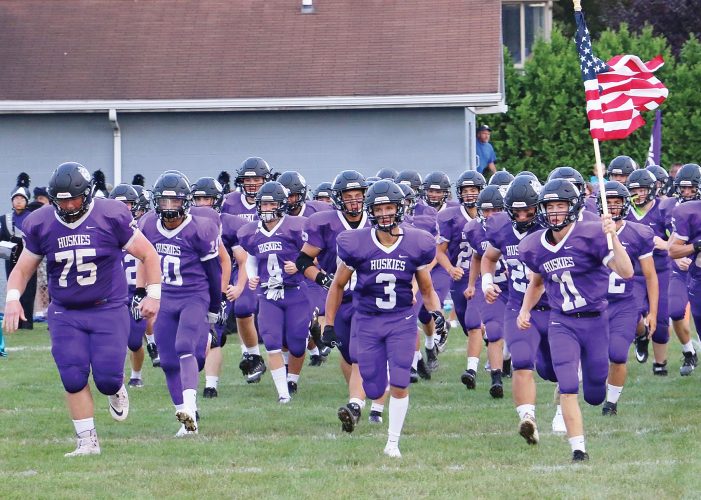 From staff reports LEWISTOWN —The score was tied 5-5 going into the top of the sixth inning before Lewistown ... 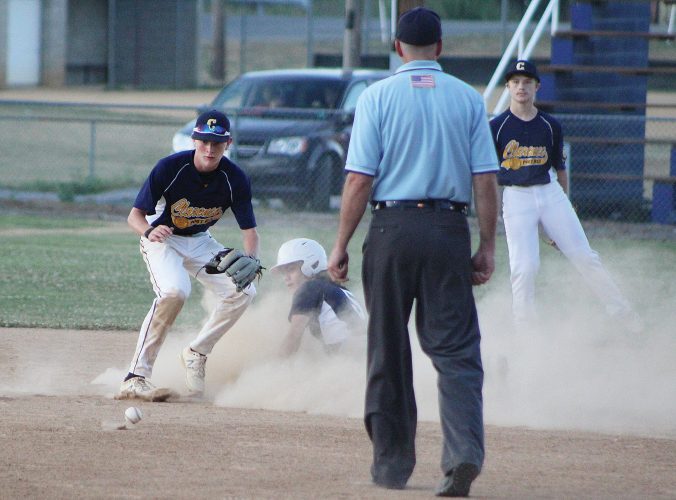 Rally in sixth too much for Burnham

BELLEVILLE — With two out in the top of the sixth inning on Monday, Belleville manager Bill Corbin made a ...