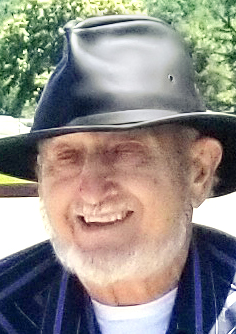 Ross was a 1949 graduate of Beaver Vocational High School. He served in the Air Force from 1950-1954 and was discharged with the rank of S-Sgt.

His employment history included Colonial Products, Boise Cascade, Empire Kosher Poultry, he served as an EMT at different events and retired from ACF.

Ross was an avid hunter and fisherman and earlier had belonged to the Swift Run Hunting Camp. He enjoyed farm life and found his greatest pleasure in his children and grandchildren.

He was preceded in death by six brothers, Lawrence, James, Michael, Neil, Jack and Tom Snook; a daughter in infancy; and two grandchildren.

A viewing will be held from 7 to 9 p.m. Friday, Feb. 28 at the Manbeck Mennonite Church, Stage Road, Beaver Springs, where the funeral will be conducted at 1 p.m. Saturday, Feb. 29, with Pastor Carl Geissinger and Pastor E. Denton Mallonee officiating.

Burial with full military honors, accorded by the Middlewest Veterans Honor Guard, will be in the Troxelville Union Cemetery.

Contributions to honor Ross’s memory may be made to The ALS Association Greater Philadelphia Chapter, 321 Norristown Road, Suite 260, Ambler, PA 19002.

Arrangements are by the Hummel Funeral Home, 574 Hill St., Middleburg.