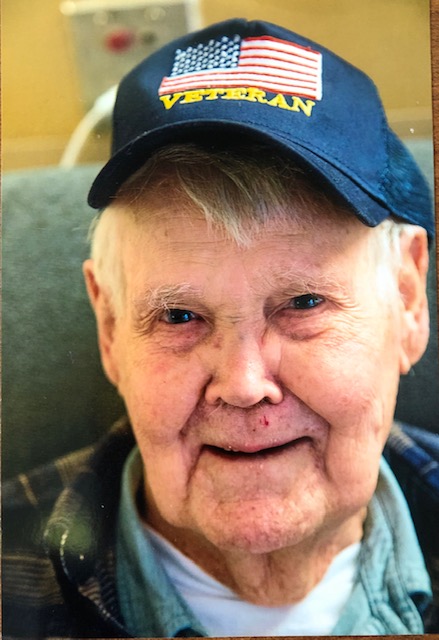 William “Bill Bumper” A. Laird passed away on Tuesday, November 19,2019, at the William Penn Nursing Home, four months after celebrating his 101stbirthday. His wife of 61 years, Martha G. Laird, died in 2002. He is survived by his daughter, Cynthia G. Knorr and her husband Sam, daughter Lou Ann Neblettand husband John, two grandsons, one great-grandchild and one great-greatgrandchild. He was preceded in death by his parents, Alvin and Lola Laird and three siblings, Galen, Paul and Beverly.

Bill was born in Bellwood, PA, the first of four children. The family moved to the Lewistown area where he attended school and played football. He and Martha married in 1941 in Texas where Bill was undergoing Army ANG mechanics training. He served his country during World War II in the European theater and achieved the rank of Master Sargent. After his honorable discharge, he and Martha returned to the Lewistown area where he worked at the FMC Corporation. Another move took them to the country where they built a house by themselves and raised sheep and pigs. Eventually, they retired in Yeagertown where he enjoyed bowling, fishing, golfing, playing bingo, pinochle and Rummy Cube and spending time with his daughters and grandkids. He was an honest, hard-working man who will be greatly missed.

Services will be private and at the convenience of the family.

Funeral arrangements are under the care of the Barr Funeral Home and Crematory, 120 Logan Street, Lewistown.

Online condolences can be shared with the family at: www.barrfh.com.