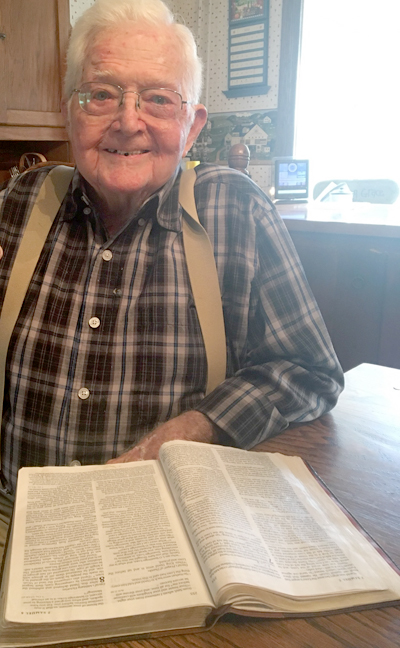 Born April 21, 1934 in Philadelphia, he was the son of the late Robert and Helen (McConaghy) Gray.

He was preceded in death by his son, Albert Gray Jr., one granddaughter, Jillian Swartz, and one brother-in-law, Robert Hirshberg.

Albert was a day truck driver in Philadelphia for 20 years, working with his father and brother at the beginnings of Gray’s Trucking. He moved his family to Juniata County in 1974 to begin farming. After two years, he started his own business building pallets by hand with his son and daughters. The business grew to become known as Gray’s Pallets, a local pallet manufacturing company, which is still operated by his family.

In addition to being a local businessman, his greater love was in serving His Lord. He was the founding pastor of Cornerstone Community Church and was active in the ministry of the church and served many heartfelt visitations to church members and others in need. He belonged to the Association of Evangelical Pastors and was a member of the Gideon Society. In his earlier days, he participated in the Holmesburg Prison Ministry in Philadelphia. He was a youth group leader, a Sunday school teacher, and taught Bible studies where many were led to Christ. He was passionate about the scriptures and studied them every day.

He dearly loved his wife and all of his family and loved when everyone would get together. He enjoyed deep sea fishing with his dad, siblings, children, nephews and grandchildren. Albert expressed his love often times with food.

He supported his community in many ways. He generously gave to various local organizations: baseball and softball teams, fire companies, Juniata Mennonite School, 4-H, radio ministries, Bible colleges, CEF and many others.

His funeral will be held at 10 a.m. on Tuesday, Aug. 20, 2019, at Cornerstone Community Church with Pastor John Briggs, officiating. Interment will be in Cedar Grove Cemetery, Mifflintown.

The family will receive friends from 6-9 p.m. on Monday, Aug. 19 and 9 a.m. until the time of the services on Tuesday at Cornerstone Community Church.

Guss Funeral Home, Inc., 20 S. Third St., Mifflintown, has care of the arrangements. Condolences may be left at www.gussfh.com.