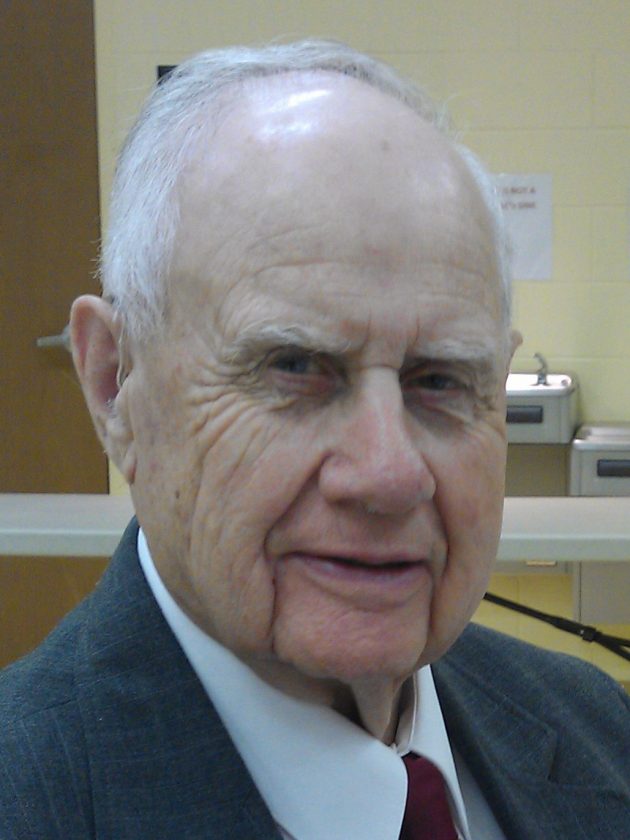 He proudly served his country in the U.S. Marine Corps during WWII where he was a demolition specialist and was badly wounded in the Battle of Iwo Jima.

He retired as lead lab analyst after 42 years at American Viscose, which subsequently became Avtex Fibers. He also worked with the Pennsylvania Game Commission for years as a deputy game warden.

He was a member of Aldersgate United Methodist Church, Union Lodge No. 324 F&AM, Harrisburg Consistory, and the American Legion and was a life member of the Mifflintown VFW, the Juniata County Sportsmen’s Association and the Marine Corps League.

He was an avid hunter, liked to shoot pool and enjoyed fishing on trips to Canada since 1954.

His funeral will be held at 11 a.m. Monday, July 1, 2019, at Aldersgate United Methodist Church, corner of North Third and Orange streets, Mifflintown, with Pastor Denise Haskins and Rev. Bob Iddings officiating. Interment will be in Westminster Presbyterian Cemetery, Mifflintown, where full military honors will be accorded by the Juniata County Veteran’s Council.

There will be a viewing from 6 to 8 p.m. Sunday at Guss Funeral Home Inc., 20 S. Third St., Mifflintown, and Monday one hour prior to the services at the church. Union Lodge No. 324 will conduct a Masonic service at the conclusion of the viewing on Sunday.

In lieu of flowers, memorial contributions may be made to Aldersgate United Methodist Church, 109 N. Third St., Mifflintown.

Condolences may be left at www.gussfh.com.