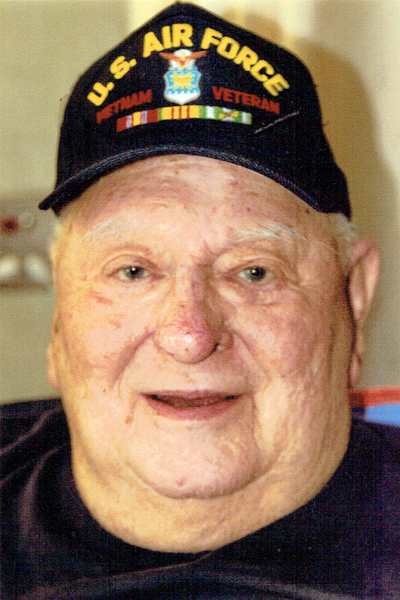 He was born in Harrisburg on Sept. 19, 1939, and he later moved to Lewistown when he was 10-years-old with his family, including his sister, Darlene Fultz, and his brother, Tom Mountz, who survive him.

He was married to his best friend, Diane, for nearly 61 years. Together, they raised a family of three daughters, Cynthia, Tanya and Lori, and two sons, Kenneth and Dustin. Additionally, Wes has a son-in-law, Carl Jaeger, Cynthia’s husband, and daughter-in-law, Jana, Kenneth’s wife. Dustin preceded Wes in death in 2012. He was a loving “Pappy” to 15 grandchildren and 18 great-grandchildren.

Wes proudly served his country for 22 years, retiring from the United States Air Force with the rank of Master Sergeant. After retiring from the Air Force, he graduated from the Penn State University College of Human Development, appearing twice on the Dean’s List. After graduation, he was employed by the Mifflin County Assistance Office, first in the fuel assistance program and later as a case worker, before retiring.

During his lifetime, Wes graduated in the 95 percentile from several technical and management schools including air traffic control systems, management training for Air Force supervisors and management training for Air Force instructors, followed by graduation as an Air Force radar operations instructor. Wes was an honor graduate from the Electronic Warfare Countermeasures Specialist Course and Space Systems Operator/Technician Course. Additionally, Wes graduated from both the North American School for Conservation and the Devry Institute of Electronics.

Wes received many recognitions during his career. He was a qualified expert in small arms marksmanship with the M-16, he was airman of the month and of the quarter in 1964, and radar operator of the month, quarter and year in 1967. In 1974, he was listed in the publication Outstanding Young Men of America.

In his private life, Wes continued to serve the area. He was president of the Mifflin County Air Force Association and past president and chaplain of the Mifflin County Veterans Council. In 1985, he re-introduced the annual Memorial Day parade to Mifflin County, planning and organizing it for the next 13 years. He also served as Granville Township auditor and a Republican Committee man.

He was active in the Granville United Methodist Church, where he served on several boards and committees and was also a choir member and Sunday school superintendent.

Wes was admired, respected and liked by everyone who knew him and will be lovingly remembered by his family for his courage, quiet strength and resilience.

The family requests no flowers, but would be grateful if you would honor Wes by making memorial contributions to the Granville Fire Co. Station 16, 307 Granville Road, Granville, PA 17029, and FAME EMS, at 701 Valley St., Lewistown, PA 17044, both of which came when called and treated Wes with respect, kindness and dignity.

Online condolences may be offered to the family at www.hellerhoenstinefunera lhome.com.