Salvaged Madison church steeple to live on in art piece

He has taken parts from an old hay elevator and carefully cut glass growlers to make the massive, centerpiece chandelier at Lone Girl Brewing Co. in Waunakee.

The base for a glass table in the sunroom of Logemann’s North Side home is from part of a stump salvaged from Quarry Park behind the Whole Foods Market on Madison’s Near West Side. And he has made several wooden maps to help illustrate where Tru Coffee in Monona sources its beans.

But Logemann’s latest effort has no ties to the state’s agrarian past. Instead it’s rooted in history, faith and hope, and is designed to bring continued life to part of the steeple that was salvaged from the 2005 fire that destroyed St. Raphael Cathedral in Madison’s Downtown.

“I see the steeple in the exact same way as a barn,” Logemann said. “It’s the same size and the same weight as a barn, so I’m going about it the same way … only it’s a different shape. It’s a cone instead of a rectangle.”

Logemann, a former saw blade salesman, Mineral Point native, UW-Platteville graduate and owner of Flags Over Wisconsin, was given the steeple’s spire last June by the Madison Diocese. He has removed from the structure buckets of copper fasteners, sheets of copper shingles, stainless steel ornamental finials and arched lantern windows. What remains is a cage of 18 tons of steel in the form of 3-inch angle iron and 3-inch tubing that made up the interior frame of the steeple, which since 2008 has been resting in a secular parking lot along East Washington Avenue, just a few blocks from Capitol Square.

The belfry was dismantled a few years ago, with just the spire remaining in the Reynold’s Transfer & Storage parking lot. But when Monsignor Kevin Holmes was told last year that the Reynold’s property was going to be redeveloped, a decision had to be made about what to do with the spire. Moving it would have cost thousands of dollars and been a logistical nightmare. Logemann knew about the spire and had called the Madison Diocese after a client had contacted him wondering whether he could find a steeple for her rural Dane County property. The timing couldn’t have been more perfect for Monsignor Holmes, who quickly returned Logermann’s call.

“Jeremiah was a godsend, really,” Holmes told the Wisconsin State Journal. “Without him, it would be very difficult to see what a good option would have been.”

The frame, which remains in the parking lot, could make for one enormous or several large public art displays. What’s been removed from the spire is being stored in Logemann’s shop at his North Side home and in a storage facility out near Highway 51 and Interstate 39-90-94. Recently, Logemann fashioned a few small flat crosses and stars out of copper shingles and presented them to Holmes, who was ordained in St. Raphael in 1984 and now leads the Cathedral Parish, formed by the 2008 merger of St. Raphael, Holy Redeemer and St. Patrick.

Marble from alters, the baptismal fonts and pulpits were salvaged from St. Raphael, along with a small amount of stained glass and most items from the sacristies, which were not touched by the flames. A 5-foot-tall silver-clad statue of the Virgin Mary is now at St. Patrick, while a small crucifix that was on a front wall at St. Raphael and also was saved is now used in Good Friday services in the Cathedral Parish, which consists of about 1,000 households, about half of which are Latino.

“It would be lovely if some of (Jeremiah’s) art could depict a sacred subject, but he’s made no particular commitment to that,” said Monsignor Holmes, 62. “It’s nothing we insist upon. But frankly, we just needed to do something with that spire.”

Logemann, 42, is just beginning to look for ideas and is hoping others will come forward on how to further use the remnants of the St. Raphael steeple, one of the few tangible and one of the most recognized surviving pieces from the blaze, which was started by an arsonist.

“The church is eager to have this material live on,” Logemann said. “I don’t think there’s that many people that want to take on that kind of exposure, to be honest with you. It’s a lot of work to do that. It’s a lot of work to take something apart that’s that big and that heavy. And then on top of it, there’s no plan.”

St. Raphael is one of the most historic parishes of any denomination in Madison.

It was founded in 1842 by Irish immigrants with land for a church building later donated by Gov. J.D. Doty. The first church building was a 480-square-foot wood structure constructed in 1850. Four years later, the cornerstone was laid for a new $30,000 church building of sandstone that wouldn’t be completed until 1862. A bell tower and spire were added in 1885 at a cost of $8,000. German-speaking Catholics began Holy Redeemer Parish in 1857, with Irish settlers founding St. Patrick in 1888.

When the Diocese of Madison was carved out of the 11 southern and western counties of the state in 1945, St. Raphael Church was chosen as the cathedral of the new diocese.

In 2004, a $1 million project replaced the deteriorating steeple, but just over three months after it was installed, a homeless man with a history of mental illness entered the church and started a fire in a room below the steeple. The spectacular blaze destroyed the church building, but the steeple remained intact, although much of its outer steel was heavily damaged from the high-pressure streams of water from fire hoses.

The diocese has said it would like to rebuild the cathedral but no plans or timeline have been announced. The land at West Main and South Fairchild streets has been transformed into a park with a walking path and stone crosses that commemorate Christ’s final hours. Meanwhile, the Cathedral Parish is in the midst of a campaign to raise money for major maintenance at Holy Redeemer and St. Patrick.

Logemann, a Tom Petty fan whose art reflects his love of Wisconsin, is a self-taught welder, is toying with painting and doesn’t shy away from projects out of his comfort zone. He got into art after being inspired by a flag made of barnwood in the background of a photo of NFL star and former Badgers player J.J. Watt’s 2012 defensive player of the year award. Logemann began scrounging for barnwood and then made a flag that he posted on his Facebook page. Friends began making requests for the flags.

In 2014, when Logemann lost his sales job, he spent his first day hiking and contemplating at Pewits Nest State Natural Area near Baraboo. The next day he created an LLC and went to work as a full-time artist, borrowing a friend’s shop before creating his own in his four-car garage north of Warner Park.

“I’ve been busy as hell since that day. It’s kind of miraculous,” Logemann said. “There are a lot of people in Madison that either just want art to make their place look cooler or they like the story of the steeple or a barn or they’re philanthropists. It doesn’t matter where their heart is at. We’ve got the material and I have the drive to make it. We can make great public art all over this city.”

Below is a list of church-related cancelations that have been reported to The Sentinel as a proactive measure to ...

What was God’s ultimate purpose?

Editor’s note: Due to a high volume of event cancellations in recent weeks, we recommend contacting the church or ...

Who do you call in times of trouble?

Who do you call in a time of trouble? The best one to turn to would be the Lord God. As the old hymn, “God will ... 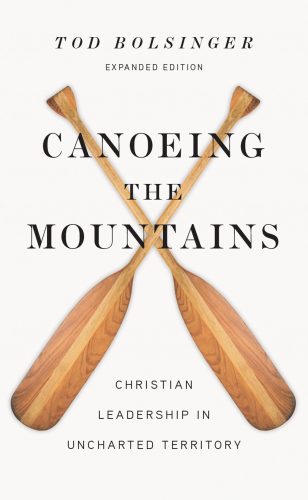