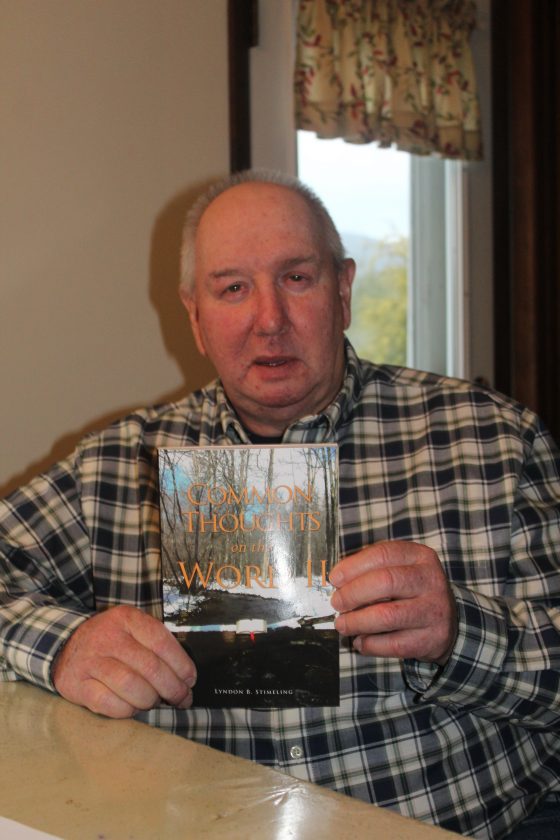 Sentinel photo by TABITHA GOODLING
Richfield resident and newspaper columnist Lyndon Stimeling has published a book, ‘Common Thoughts on the Word II,’ focusing on scripture. The book is available online at Barnes and Noble and Amazon.

RICHFIELD — Those who have enjoyed reading columns by Lyndon Stimeling in the Sentinel’s Religion section each week, can read those columns again in his new book.

Stimeling has been publishing books on his scripture-based writings since 2016. Earlier this month he published “Common Thoughts on the Word II.”

After releasing his first book, “Common Thoughts on the Word,” Stimeling began to have columns appear in the Times newspaper in Juniata County, and later his works were featured on Saturdays in The Sentinel.

His columns focus on various different topics of scripture.

Stimeling said he has received many letters of support from readers of those columns Mifflin, Juniata, Snyder and Perry counties.

He decided it was time to publish them in a book so folks could have access at any time. He continues to write columns based on scripture from his home near Evendale. Stimeling said he probably has enough for a third edition.

This current publication was released in early December. It can be purchased anywhere online where books are sold, including Barnes and Noble and Amazon. They may be available after the new year at local bookstores as well.

Stimeling, who has been in the logging business for many years, is now retired. Writing is his favorite activity and he has no plans of stopping.

In difficult times, be grateful

There is great probability that some of the words I write today may be irrelevant tomorrow. Continuous media ...

Below is a list of church-related cancellations that have been reported to The Sentinel as a proactive measure to ...

Churches have long been looked to as safe places for people to go in times of distress and pastors are often among ...

Editor’s note: Due to a high volume of event cancellations in recent weeks, we recommend contacting the church or ...