God is glorified through the lives of his Saints

What is man that You are mindful of him? Psalm 8:4

In his original state, man was made in the image of God. He was meant to bring glory unto his creator by showing forth the character of God through righteous living each day. Man was someone God could walk, talk and communicate with; they could have fellowship together. Genesis 3:8 says, “And they heard the sound of the Lord God walking in the garden in the cool of the day.” It seems that this was a normal thing, that God came and walked and talked with his creation.

Later on, when the Lord appeared to Abraham, He had fellowship with him and considered what Abraham had to say. God took great delight in the creation He had made in his own likeness. Job was another man who lived around the same time as Abraham. The Lord says to satan in Job 1:8, “Have you considered my servant Job, that there is none like him on the earth, a blameless and upright man, one who fears God and shuns evil.” The Lord was pleased with the righteousness of Job and the fact that he pursued holiness to the glory of God.

God is concerned about the lifestyle of all who claim to know Him by faith. The idea that people can live like the devil and dishonor God through a daily pursuit of wickedness (sexual immorality, lying, deceiving, stealing and abuse of others) is a lie from the devil himself. God is honored and glorified through the godly lives of His saints; when they can honestly say with Jonah, “I fear the Lord, the God of heaven, who made the sea and the dry land,” Jonah 1:9. When people fear (revere) God, their life reveals their heart’s desire to those around them.

God puts great value on His own glory; He even uses the ungodly people to bring glory to His name. God hardened Pharaoh’s heart in order that He might receive the credit, and the glory for what took place. In Genesis 10:1 it says, “I have hardened his heart and the heart of his servants, that I may show these signs of Mine before him, and that you may tell in the hearing of your son and your son’s son the mighty things I have done in Egypt, and my signs which I have done among them, that they may know I am the Lord.”

In Isaiah 48, God says he will refine Israel; “For My own sake, for my own sake, I will do it; for how should My name be profaned? I will not give my glory to another.” The redemption of man is ultimately for the glory of God. Even the preaching of the gospel (good news) brings glory to God while it is being proclaimed. Jesus glorified the Father by giving the message as His Father gave it to Him. John 17:8 says, “For I have given to them the words that you have given Me; and they have received them.”

I have tried to draw attention to the fact that Christ did not come to earth simply to save humanity. He came to restore all things; to put things back into its proper place. That brings us to another question; can the fallen angels repent and turn from their folly for the glory of God? According to Jude 1:6, fallen angels will be held accountable on judgment day. In I Timothy 5:21, Paul mentions the elect angels. In I Peter 3:18-19, it seems to imply that while Christ came to reconcile man back to God; He also went and preached to the spirits in prison. Even Colossians 1:16-23 could be implying angels when it includes things that are “visible or invisible, whether thrones or dominions or principalities or powers.”

There doesn’t appear to be enough of evidence to say that angels who have fallen can be restored in the grace and favor of God if they repent. On the other hand, I don’t think we can be absolutely certain that angels can’t be saved. Either way, the outcome will bring glory to God as people praise Him for His justice, and also for His mercy and grace as he receives fallen creatures back to Himself through the shed blood of Christ. Shall not the judge of all the earth do right? (Genesis 18:25).

Lyndon Stimeling, of Richfield, has been writing about faith and family for many years. He has self-published two books, “Common Thoughts on The Word” in 2016 and “Eye of a Needle” in 2017. He has also had articles published in The Coming Home Journal and local newspapers and has written a children’s book.

Retired pope distances self from book on priest celibacy

VATICAN CITY (AP) — Emeritus Pope Benedict XVI distanced himself this week from a book on priestly celibacy and ...

Rise above what you are struggling with

We have all learned how to see the hand of God in our suffering. How suffering and trials is an attempt of God to ...

KELLER, Texas (RNS) — For four hours at a megachurch outside of Dallas, pastors of color shared their personal ...

I have fully preached the gospel of Christ. Romans 15:19 We have been looking at the topic of preaching Christ or ... 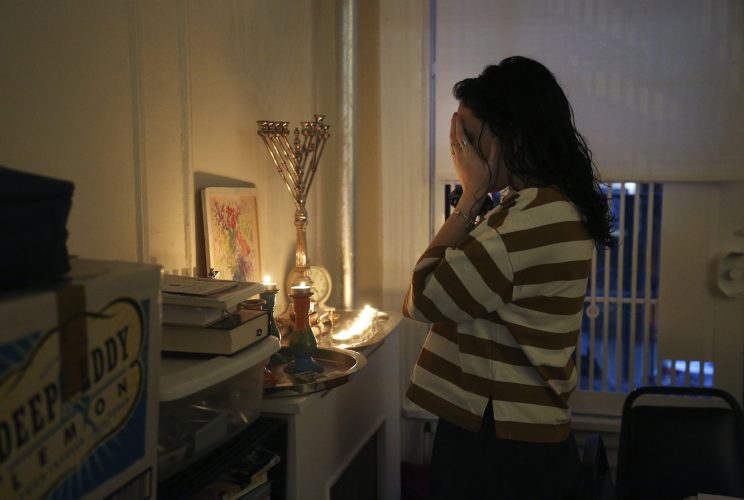