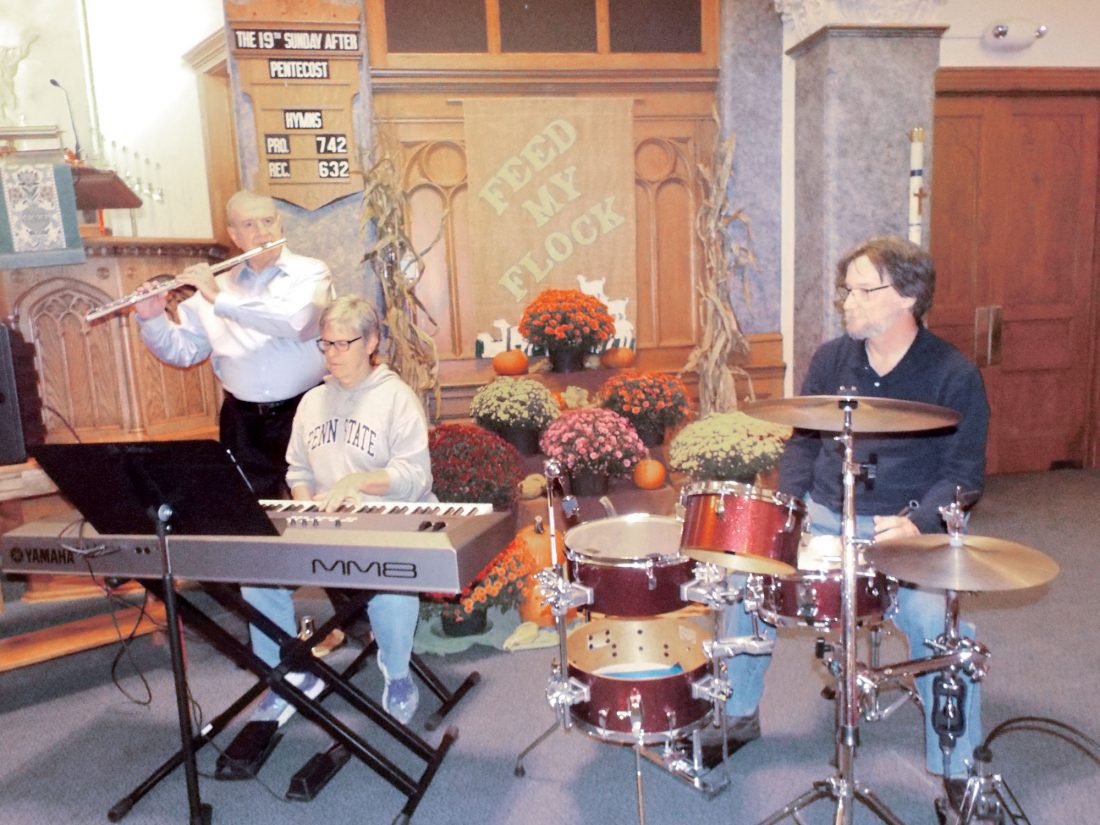 The recital, which features a variety of vocal and instrumental performances, is held every year on Reformation Sunday, the last Sunday in October, in celebration of the 502nd anniversary of the Protestant Reformation.

“This is our largest community outreach event,” said Scott Price, publicity chairman for the recital. “St. John’s really enjoys doing this every year for the community.”

As part of the recital, Price will portray Martin Luther to recreate the posting of the 95 theses, which argued against the sale of indulgences and for the belief that salvation is received by faith alone.

Price said Luther posted his theses on the Castle Church door for discussion in Wittenberg, Germany, in 1517.

Though it wasn’t his intention, Luther’s actions sparked the beginning of the Protestant movement, Price explained.

The afternoon will feature a broad range of music, directed by Patty Loudenslager.

There will be vocal solos by Pastor Jerri Carlin, Rex Goss, Abi Liebegott and Anna Rowles and a duet by Bruce and Laura Buffington.

Vocal ensembles will be performed by 8 to the Bar Sisters, the Lewistown Community Choir and St. John’s Lutheran Chancel Choir.

There will be piano solos by John Haubrick and Joy Wagner.

An organ solo will be performed by John Haubrick.

Guitar and vocal solos will be performed by Mike Bratt, Rich Burns and Steve Rodgers.

Hand bells will be performed by Peter Marsh.

There will be a jazz ensemble featuring Dan Carlin on guitar, Ray Dillon on banjo, Terri Limes on bass, Peter Marsh on drums, Jim Ressler on trumpet and Jerry Stone on trombone.

Emma and Maddie Norman will dance.

Pastor Ela Robertson will do a performance on cello and Bill Cullingford will play Celtic whistles.

There will be a time of light refreshments following the performance.

A free will offering will be accepted for maintenance of the Steinway Piano.

Always anchor yourself in unchanging values

Question: It’s apparent that some people seem to be handling the recent societal upheaval better than others. ...

The God who stays

Good morning, friends. May I just start out by saying that I pray you will still call me your friend after I write ...

LEWISTOWN — Churches of the Juniata Valley are asked to contribute to The Sentinel’s annual book project, which ...

For Mordecai was — seeking the good of his people and speaking peace to all his kindred. Esther 10:3 In I ...