This summer, 248 campers enjoyed on-site programs including adventure, mini, day, extreme, and family camps. Campers got to do crafts, go swimming, play games, camp out, hike and sing during their time at Mount Luther.

This year’s theme at Mount Luther was “Transformed Community: God’s Agent of C.H.A.N.G.E.” Campers looked at five Bible stories to see how they can be “superheroes” and change the communities where they live through their actions of generosity, inclusion, compassion, justice, and forgiveness. Through the camp’s method of studying the Bible, called “GROW Time,” staff will help campers gather and reflect on the Word throughout their day, culminating in an evening worship service.

Some highlights from this summer included: “Scooby Doo Week,” where campers solved the Mystery of the Swashbuckling Pirate; Fishing Adventure, which went to the Eastern Shore of Maryland to fish; “X-Teen,” LEADS, and interns for senior high-aged campers; “Night Owls” when kids stayed up later each night to do nighttime activities; and Tracks, a week where kids could engage in specialty areas, including nature, water activities, STEM, and music and drama. A Family Camp was also held for participants of all ages. The adult Bible studies were led by Rev. Andrew Weaver of Sunbury. The camp also did several joint camps with their counterparts at Krislund Presbyterian Camp and Wesley Forest Methodist Camp, including CLAWS camp, featuring Crafts, Legos, and Wild Sports and High Adventure which included climbing and rappelling.

In addition to High Adventure, new programs this year included Buffalo Gap Adventure, a camping and hiking trip in the Bald Eagle State Forest; and Paws, where the youngest campers chose from five activity areas to focus their attention during the week.

Mount Luther, located five miles west of Mifflinburg off Route 45, is a Christian church camp that runs year-round outdoor ministry programming, including an eight-week summer camp. The camp is affiliated with the Upper Susquehanna Synod of the Evangelical Lutheran Church in America and is accredited by the American Camp Association. The camp strives to provide resources and experiences in faith formation, worship, recreation, and intentional Christian community for all ages. In addition, the camp facilities are available for retreats and other meetings for church, community, and civic groups during the non-summer months. The site is used as the Outdoor Education Center for the Shikellamy and Midd-West School Districts. The camp serves people in Centre, Clinton, Columbia, Juniata, Lycoming, Mifflin, Montour, Northumberland, Perry, Snyder, Tioga and Union Counties. For more information on any of Camp Mount Luther’s programs call the camp at (570) 922-1587 or visit www.campmountluther.org.

Here we are, almost a full month into the year 2020! How does this happen so quickly? Before we know it, summer ... 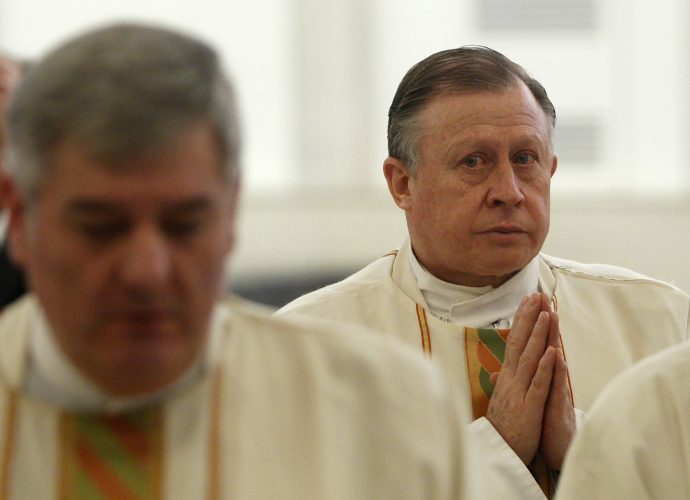 In times of self pity, step away and worship God

Salvation was by grace through faith in Old Testament

Then Philip opened his mouth, and beginning at this Scripture, preached Jesus to him. Acts 8:35 In the last ...

Question: I have a not-so-distant relative who is an extremely difficult person to be around. “Chris” can spot ...