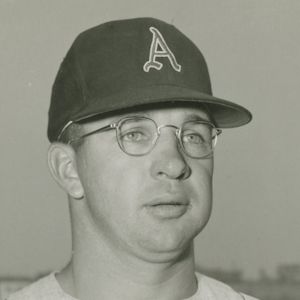 They remember Civil War veterans who officiated ballgames, breadlines in the Great Depression, the attack on Pearl Harbor and kids crippled by polio.

One such veteran lives in Lewistown. His story is a testament to the resilience that helped our country conquer our biggest challenges.

Charles Lemoine “Tim” Thompson, Sr., 96, appeared in 187 Major League games as a catcher and a pinch hitter for the Brooklyn Dodgers, Kansas City Athletics and Detroit Tigers. As one of the first big-leaguers to work the plate wearing eyeglasses, Thompson has seen it all — from twilight games in the old wooden ballparks to the explosion of multi-million-dollar player salaries.

Thompson played with and against the greatest ball players of all time — Ted Williams, Roy Campanella, Pee Wee Reese, Tommy Lasorda, Johnny Bench and Sandy Kofax. When Jackie Robinson broke the color barrier in 1947, Thompson was getting his start in the pros, where he received treasured advice about life and marriage from Branch and Jane Rickey.

In Cuba, Thompson warmed up in the bullpen with Fidel Castro, who helicoptered onto the field with thousands of soldiers cheering from the stands. He played handball with Cuban President Fulgencio Batista, and Dominican Republic President Raphael Trujillo gave him a silver dollar before he was assassinated in 1961.

At age 80, Thompson retired from baseball as a scout with the Baltimore Orioles. He came home to Pennsylvania where he fell in love with the game and his wife Lois, now 95, who caught his eye when she was a high school cheerleader.

Calvin Coolidge was president of the United States when Thompson was born in Coalport, Pennsylvania on March 1, 1924. Growing up, Thompson’s family moved around from Williamsburg to Altoona to Spangler, where his father Maurice “Tommy” earned much of his living as a pitcher and an outfielder for coal mining teams when all of the little towns had teams.

As a kid, Thompson only went down into the coal mines once. He’ll never forget the men with coal-dusted faces, splayed on their backs, several miles underground, chipping away at coal with picks and shovels. He says a claustrophobia attack kept him on the other side of the grass, where his love of baseball drove the narrative of his life.

As age 16, Thompson played short stop for the Barnes and Tucker Coal Mine team in Spangler, alongside his father. National League umpire “Augie” Donatelli from Bakerton, Pennsylvania, manned third base. During the war, Donatelli was stationed in England, serving as a tail-gunner on a USAAF Boeing B-17 Flying Fortress. After being shot down and serving as a prisoner of war in Germany, Donatelli came home clear-eyed, with nerves of steel.

When the feisty Italian worked the plate behind Thompson in pro ball, they joked about home.

“In Detroit, Augie called me out on a third strike,” Thompson said. “I said, ‘I’m not coming over to your mother’s house for another spaghetti dinner. He laughed and said, ‘Ahh … who needs ya!'”

Thompson joined the Navy when he was 18. He and Lois wed before he shipped out to Naval Air Station Moffett Field in Northern California, where he flew silver-skinned K-class blimps over the Golden Gate bridge to patrol the Pacific for submarines and mines.

Longer than a Boeing 747, the airships were armed with a 50-caliber machine guns, mounted behind the pilot and co-pilot.

“We had to do it all — piloting, radio, radar … it was quite a sight, seeing 300 to 400 ships out on the horizon,” he said. Today, Google is reportedly planning to restore the massive airship hangers in the Silicon Valley.

When the catcher wasn’t in the air, he managed Moffett’s stellar athletics program, “using boxing, baseball, football, for conditioning and morale. I even oversaw the WAVES (women’s Naval Reserve members), signing physical education forms,” he said.

Thompson rehabbed Marines who fought at Guadalcanal, using baseball to get the men into shape for jobs as guards at airports.

“We played against the Fresno Army Bombers, winner of the 12th District Championship between all of the California service teams in 1944,” he said.

He remembers Stanford’s ‘Cootie’ Thompson, Moffett’s pitcher who flew fighters; Fresno’s pitcher, Ben Wade, who would join him on the Dodgers roster in 1954; and Phil “Scooter” Rizzuto, the Yankees’ Hall of Fame shortstop who played for Fresno.

When Thompson came home for Christmas in 1945, he and Lois had a baby boy, Timmy Jr. With a family to support, he took a job on the manufacturing line at the America Viscose Company factory, punching the clock from 11 p.m. until 7 a.m., so he could play baseball during the day.

In 1946, Thompson got a call from “Reindeer Bill” Killefer, a former Deadball Era catcher turned Brooklyn Dodgers scout who watched him play at a Sunday afternoon Mifflin County All-Star game. According to Thompson, Killefer asked the umpire, Charlie Curry, who happened to be Thompson’s grandfather, “What positions does the boy play?”

“My grandfather said, ‘That boy plays shortstop, pitches, catches — whatever you want him to do, he can do.'”

After playing three innings in each position, Killefer sealed his destiny as a catcher when he signed Thompson as a free agent with the Brooklyn Dodgers.

As he worked his way up the ladder in the minors, Thompson became one of the first catchers to wear eyeglasses, which brandish the value of his trading cards. After visiting with an optometrist in Montreal, he said, “The ball looked like a football coming in at the game that night, so I never took off my glasses.”

Clint Courtney, who was playing with the St. Louis Browns that year, started wearing glasses around the same time. “The glasses (had plastic lenses from England) that fit underneath my eyes, against my skin. I designed a mask, with the sides cut out, so the lenses did not fog up on a humid night,” Thompson recalled.

After playing 1,500 games for D-League to Triple-A teams, at age 30, Thompson was called up to the major leagues on April 20, 1954, where he shared dugouts and locker rooms with the mythological Boys of Summer. For four seasons, he served as a catcher and a pinch hitter for the Brooklyn Dodgers, the Kansas City Athletics and the Detroit Tigers. His best year was in 1956, when he and hit .272 for Kansas City.

Thompson spent the remainder of his professional baseball career with the Toronto Maple Leafs in the Triple-A International League. His boss was team owner Jack Kent Cooke, the larger-than-life media magnate whose broadcasting and sports franchise empire included the Washington Redskins. Cooke enticed Thompson to come to Canada with a new car.

“He said, ‘Tim, what kind of car do you drive?’ At the time I drove a Chevrolet. Cooke said, ‘I drive big cars — big Buicks. You go down to the dealer. Pick out a car. Tell the owner to bill me for it.’ I went down and picked out the biggest, shiniest Buick they had.”

Under Cooke’s wing, Thompson got a new car every two years. He also got a chance to learn the entertainment side of baseball, reeling in $80,000 a month in ticket sales. Thompson sold billboards and handled public relations for the team when big money was transforming baseball, but he never forgot his Pennsylvania roots.

In 1963, Tommy Lasorda helped Thompson launch a career as a Dodgers scout where he gained a reputation for mining raw talent that other scouts overlooked. For 40 years, he took winding backroads to back-of-beyond ballparks where he sat in the stands with a thermos of coffee and a radar gun, watching thousands of players.

“He kept coming to see me. By the end of the summer he was one of about four scouts who offered contracts. Tim was the guy I trusted most. He didn’t sugar coat anything. His offer was generous and he said, ‘if you are was willing to work hard enough, you can become a big-leaguer,'” said Herr, whose 92-year-old father served on a Navy submarine during World War II.

Looking back on the most meaningful aspects of his career, in greatest-generation form, Thompson offered this humble reply: “I thought about the guys in the coal mining towns who no one saw. At the start of spring training, teams are often short on players. I always managed to have one or two players on my list who could fill in.”

Other recruits include Ricky Horton, a team broadcaster for the Cardinals whose first major-league hit came off Nolan Ryan in 1984, and John Mabry, who debuted with the Cardinals in 1994 and now coaches for the Kansas City Royals.

What’s most important in lLife

As the world battles the coronavirus, the man who has reinvented himself many times over is most grateful for his family. He misses his son, Timmy Jr., who played baseball for the University of Alabama, the Los Angeles Dodgers and the St. Louis Cardinals. Timmy Jr. passed away from bone cancer at age 63, after following in father’s footsteps as a teacher, coach, television sports commentator and mentor to hundreds of young players.

As they ride out the quarantine, Lois says her husband of 77 years is a nice person. “He never hardly ever raises voice. We do things together. He is just nice. Life is what you want to make it, and that’s what we do.”

Thompson’s granddaughter, Kristy North, may have summed up the catcher’s most important trait: “We love his heart. In life, that’s what matters.”

Anne R. Keene is the author of “The Cloudbuster Nine: The Untold Story of Ted Williams and the Baseball Team That Helped Win WWII.” This feature is part of her Greatest Generation profiles on surviving MLB World War Two veterans. her website is www.annerkeene.com. 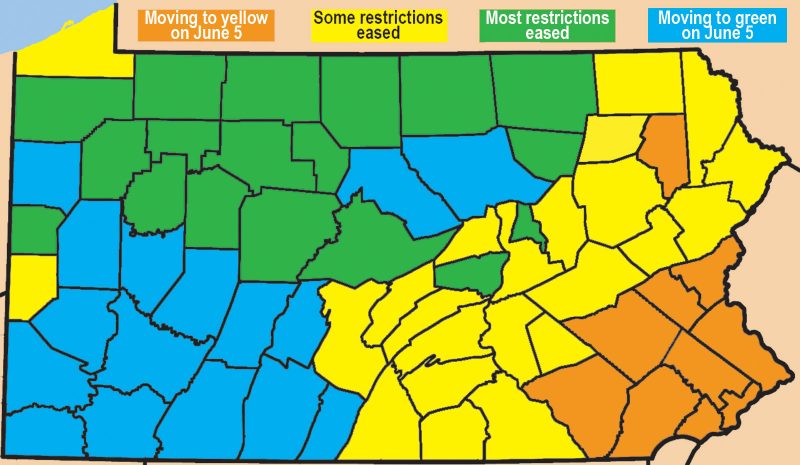