HARRISBURG, (AP) — Even as he ordered residents of another county to stay at home, Gov. Tom Wolf on Tuesday quietly allowed gun shops to reopen on a limited basis during the coronavirus pandemic after several justices of the Pennsylvania Supreme Court urged him to do so.

Firearms dealers may now sell their wares by individual appointment during limited hours as long as they comply with social distancing guidelines and take other measures to protect employees and customers from the coronavirus, the governor’s office said.

Wolf’s office did not announce the policy change. It was included on an updated list of businesses that are subject to his order to close their physical locations because they have been deemed “non-life-sustaining.”

Separately, Wolf also ordered residents of Erie County, in the state’s northwestern corner, to remain at home with few exceptions, in another sign of the virus’s rapid spread across Pennsylvania. The directive, which includes the city of Erie, the state’s fourth-largest with about 100,000 people, was to take effect at 8 p.m. Tuesday.

Residents of seven other counties — Philadelphia and its suburbs, Monroe County in the Pocono Mountains and Pittsburgh and the rest of Allegheny County — have already been ordered to stay home.

The twin decisions to add Erie to the quarantine and to allow gun dealers to reopen came as the new coronavirus continued its relentless march across Pennsylvania, with the state reporting more than 200 additional cases — an increase of more than 30% from the day before — and another death.

A look at coronavirus-related developments in Pennsylvania:

The state Department of Health on Tuesday reported more than 200 new cases, with the total to date now exceeding 850. Case counts in Pennsylvania have been doubling every two or three days.

Allegheny County reported one more death, bringing the statewide total to at least seven. The victim was a woman in her late 70s, the county said.

For most people, the coronavirus causes only mild or moderate symptoms, such as fever and cough. For some, especially older adults and people with existing health problems, it can cause more severe illness, including pneumonia, or death. The vast majority of people recover.

“I am extremely pleased that Governor Wolf has acknowledged that he may not eviscerated citizens’ inviolate rights, regardless of any states of emergency that may exist,” said Joshua Prince, who had filed suit on behalf of a gun shop and a would-be gun purchaser.

But in a dissenting statement joined by two other justices, Justice David Wecht said Wolf’s order amounted to “an absolute and indefinite prohibition upon the acquisition of firearms by the citizens of this commonwealth — a result in clear tension with the Second Amendment” and the state constitution.

Wecht’s dissent had called on Wolf to make some allowance for the in-person sale of firearms.

The House and Senate could both pass the bill Wednesday. Wolf will sign it if it reaches his desk, his office said.

The Republican-sponsored amendment would also let counties consolidate polling places, in part because some are currently located within long-term care facilities and because many poll workers are older people who are particularly at risk from COVID-19.

Primary voters will choose candidates for the presidential race, congressional seats, both chambers of the Legislature and the row offices.

The House employed special remote voting procedures adopted as a result of the pandemic, and one leader, Minority Whip Jordan Harris, D-Philadelphia, wore rubber gloves and used a mask to protect himself.

Hospitals, nursing homes and child care centers are asking Pennsylvania state government for more money to avoid closures amid a surge of coronavirus-related demands on staffing and equipment.

There is a “legitimate, credible threat” that some hospitals, without financial support from either the federal government or the state government, will close, said Andy Carter, president and CEO of the Hospital and Healthsystem Association of Pennsylvania.

He did not provide a dollar figure, but said “we know it’s going to be an extraordinary amount to match the size of the potential surge of care that we will be providing.”

With financial challenges looming over them, hospitals and nursing homes identified $1.5 billion in new, coronavirus-related Medicaid funding for Pennsylvania as a possible funding source.

Nursing home groups and labor unions representing elder-care workers requested help getting protective equipment, a 3% increase in reimbursement rates and a minimum of $290 million in emergency aid to nursing homes.

Child care advocates, meanwhile, said more than $100 million is needed to replace lost tuition and co-pays. They also urged passage of a law protecting the centers from coronavirus-related lawsuits.

With hospitals warning they could run out of masks and other protective gear in about three weeks as COVID-19 spikes, Wolf’s administration said it is rushing to procure more medical supplies from the federal government’s stockpile, from other states and countries, and from manufacturers repurposing their factories.

“There’s a full-on effort across the administration to make sure we have the supplies for our healthcare personnel to deal with the surge of patients from COVID-19,” Health Secretary Rachel Levine said Tuesday.

Officials have been vague about the state’s readiness, however.

Levine has steadfastly refused to say how much protective gear Pennsylvania has in its possession, and how much it still needs to help healthcare workers safely treat the anticipated surge of coronavirus patients. Nor have officials answered questions about the state’s supply of respirators, or how many more hospital beds it might need to meet demand.

Carter, of the hospital association, said hospitals are scrambling to obtain enough protective gear to meet demand. Some facilities could run out of masks and other equipment in a matter of days or even hours as they become flooded with COVID-19 patients, he said. Overall, hospitals across the state have about a three-week supply, he said.

Moving inmates between prisons poses an unnecessary risk of spreading the virus between institutions, where it will be very difficult to stop it from spreading to other inmates and employees, said Larry Blackwell, president of the 11,000-member corrections officers’ union.

“The governor has called for all non-essential movement to halt, and this isn’t essential,” Blackwell said Tuesday. “And the governor has the authority to shut down the movement of these prisoners. The counties, the state, let’s just freeze everything until we figure out what’s going on.”

No case of the coronavirus has been discovered in the state prison system where roughly 45,000 inmates are housed and 16,000 people work, prison and union officials say.

Corrections Secretary John Wetzel said through a spokeswoman that halting all transfers is not a “realistic plan at this point” and he urged corrections staff across Pennsylvania to “pull together” against the virus.

“We are doing everything we can to minimize the exposure to the system as a whole, but we are a system — and each facility in the system has a role,” Wetzel said.

The Department of Corrections has shut down some routine transfers between prisons, according to prison and union officials.

But the department is emptying Retreat state prison in northeastern Pennsylvania of hundreds of inmates by transferring them to other prisons, and it announced Monday that it will use Retreat to receive new male commitments from county jails and male parole violators.

Other prisons had previously been used as reception facilities. Retreat, ultimately, is slated to be closed.

Several more businesses have filed a legal challenge to Gov. Wolf’s order closing the physical locations of businesses determined to be nonessential.

A petition was filed with the state Supreme Court on Tuesday on behalf of a candidate for state representative, a real estate agent, a laundromat, a timber company and a golf course, all seeking to have Wolf’s shutdown order thrown out.

The petition, which replaced an earlier lawsuit filed with a lower court, objected to Wolf’s determination that some businesses are “non-life-sustaining,” saying he “quite simply made up these categories and their terminology out of whole cloth.”

The suit alleges his shutdown order and subsequent revisions “caused mass confusion and disturbance throughout Pennsylvania.”

Wolf has already beat back two other legal challenges to his authority to order businesses to close.

Separately, the American Civil Liberties Union of Pennsylvania and other lawyers filed a federal lawsuit Tuesday seeking the release of 13 people from civil detention as they await resolution of their immigration cases. The lawsuit says the detainees are older or suffer from medical conditions that put them at greater risk of COVID-19. The detainees are currently being held in the Clinton, Pike and York county jails.

On Monday, the first day of enforcement, Pennsylvania State Police troopers issued 27 warnings, but no citations, based on Wolf’s directive that businesses deemed not life-sustaining close their physical locations.

The overwhelming majority of people and businesses were complying voluntarily with the order, the state police commissioner, Col. Robert Evanchick, said Tuesday.

Other forms of enforcement will follow the warnings, if needed, he said.

From staff reports The Pennsylvania Department of Health confirmed Tuesday that a death in Snyder County was due ...

MIFFLINTOWN — The Juniata County Commissioners sought to provide encouragement and resources for locals ... 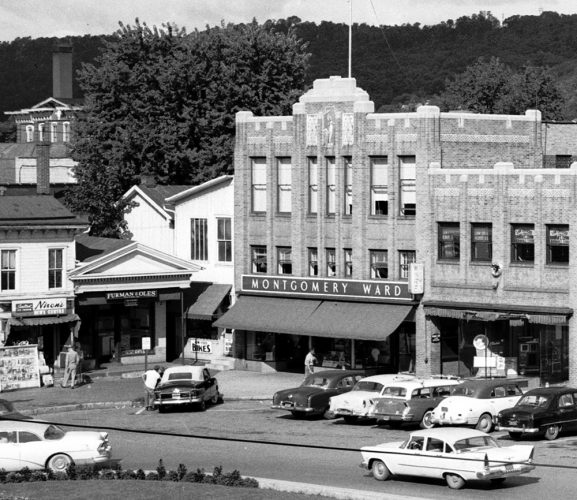