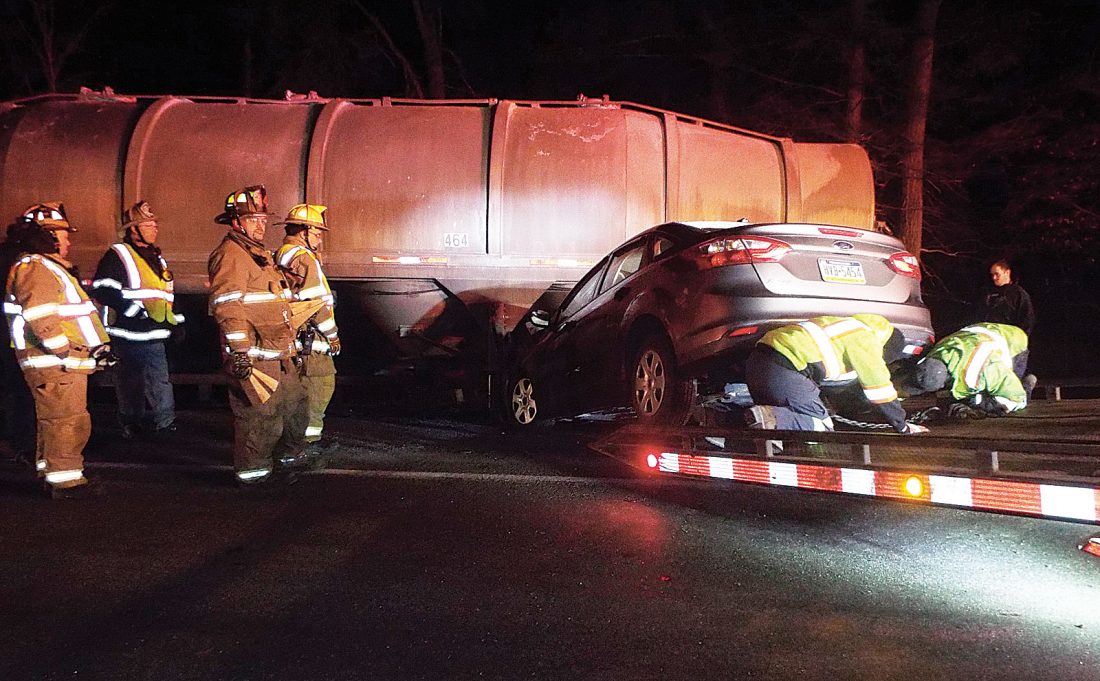 Sentinel photo by BRIAN COX
One man was flown to an unspecified hospital with unknown injuries after a one-vehicle crash Friday evening on Long Lane in Derry Township. Mifflin County Regional Police Department said the male driver, whose name has not yet been publicly released, left the roadway in his Ford Focus at approximately 8:21 p.m. and struck a trailer parked in a pull-off area adjacent to the roadway. Police said alcohol is a suspected factor in the crash. In addition to MCRPD, Fame EMS, Chief Logan Fire Company and City Hook and Ladder responded to the scene. 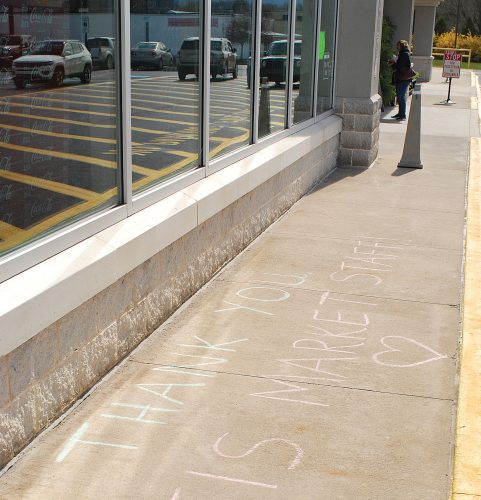