¯Drug Possession — At 9:34 p.m. Oct. 1, 2019, Jonathan Fahrnow, 35, of Mount Union was shopping at the Dollar General located at 125 E. Shirley Street, when he dropped crystal meth onto the ground. The bag of meth fell out when Fahrnow took his cell phone out of his pocket. He left the store and was unaware that he left the illicit drug behind. Charges were filed against Fahrnow.

¯DUI on view alcohol — At 9:08 p.m. Aug. 26, 2019, near East Walnut Street and Edgewater Avenue Lewistown Borough, Mifflin County, Jeffrey Howell, 62, of Lewistown was contacted via a violation of the vehicle code. After an investigation was done, it was determined that Howell was under the influence of alcohol. DUI charges were filed.

¯DUI Crash — At 1:29 a.m. Aug. 18, 2019, a crash was reported near South Dorcas Street and East Water Street in Lewistown Borough, Mifflin County. State troopers on a routine patrol observed Isaac Habbershon, 21, of Lewistown, commit a traffic violation. A traffic stop was performed and Habbershon was deemed to be under the influence of an alcoholic beverage. The victims of the crash were Lexy Freed-Stydinger, 21, of Belleville, and Shirley Price, 66, of Lewistown. The vehicles involved were a 2014 Ford F-150 XLT and 2012 Ford Focus.

¯Drug Possession — At approximately 8:30 p.m. Aug. 30, 2019, Cassandra Marker, 31, of Reedsville, was seen slumped over the wheel of her vehicle at 9 Stop Plaza Drive in Fermanagh Township, Juniata County. According to police, after arriving on scene it was determined Marker was under the influence of a controlled substance. Marker consented to a vehicle search which yielded a controlled substance and drug paraphernalia. Charges were filed and Marker was arrested.

¯Burglary — At 6:06 p.m., Oct. 22, 2019, Pennsylvania State Police responded to 401 8th St., Port Royal, Juniata County, for a report of a burglary. After an investigation it was found the actors gained entrance to the Juniata County Agricultural Society through an unlocked door of the building and removed fire extinguishers from the wall mount and discharged them throughout the building. The actors then left and threw a fire extinguisher through a window of the old elementary school. Damages were priced at $750 total. Investigation is ongoing.

¯ID theft — At 10:48 a.m., Nov. 5, 2019, Pennsylvania State Police responded to 2408 SR 655, Menno Township, Mifflin County, for reports of an ID theft. Through an investigation it was found unknown actors contacted the victim Mary Hostetler, 58, of Belleville, via phone. They told her about possible charges in Texas. The victim then confirmed her social security number with the unknown actors. Investigation is ongoing.

¯Harassment — At 6:25 p.m., Nov. 13, 2019, police were called responded to an incident at 2457 Evendale Hill Road in Monroe Township, Juniata County, for a harassment call. Katarina Warner, 27, of Lewistown, was arrested for threatening bodily harm to the victim Sara Grove, 27, of McAlisterville.

¯Harassment — At 1 p.m., Nov. 12, 2019, police investigated and altercation between two juvenile males on Route 35 South. The juveniles — a 13-year-old from Lewistown and a 14-year-old from Fermanagh Township, struck each other several times in the course of the altercation. Both were charged with harassment.

¯Vehicle accident; DUI — At 3:53 p.m., Oct. 7, 2019, police responded to an incident involving a horse and buggy and motor vehicle at 5430 Cedar Springs Road. An infant female received a serious head injury. Derek Paige, 27, of Port Royal, was arrested after it was found he was driving under the influence and in possession of a controlled substance and drug paraphernalia. Charges filed through district court.

MIFFLINTOWN — An employee at the Mifflintown location of Weis Markets has tested positive for COVID-19, according ...

STATE COLLEGE — Mount Nittany Health reported Friday that an employee at one of its outpatient practices has ...

From staff reports LEWISTOWN — The Pennsylvania Department of Health has reported the first two confirmed cases ... 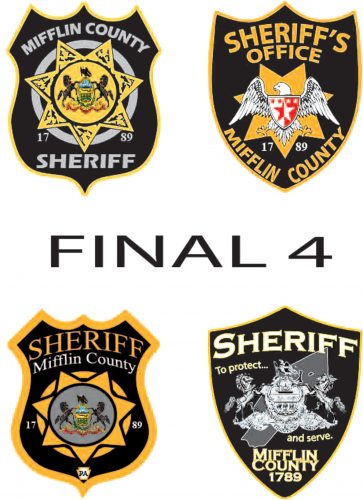