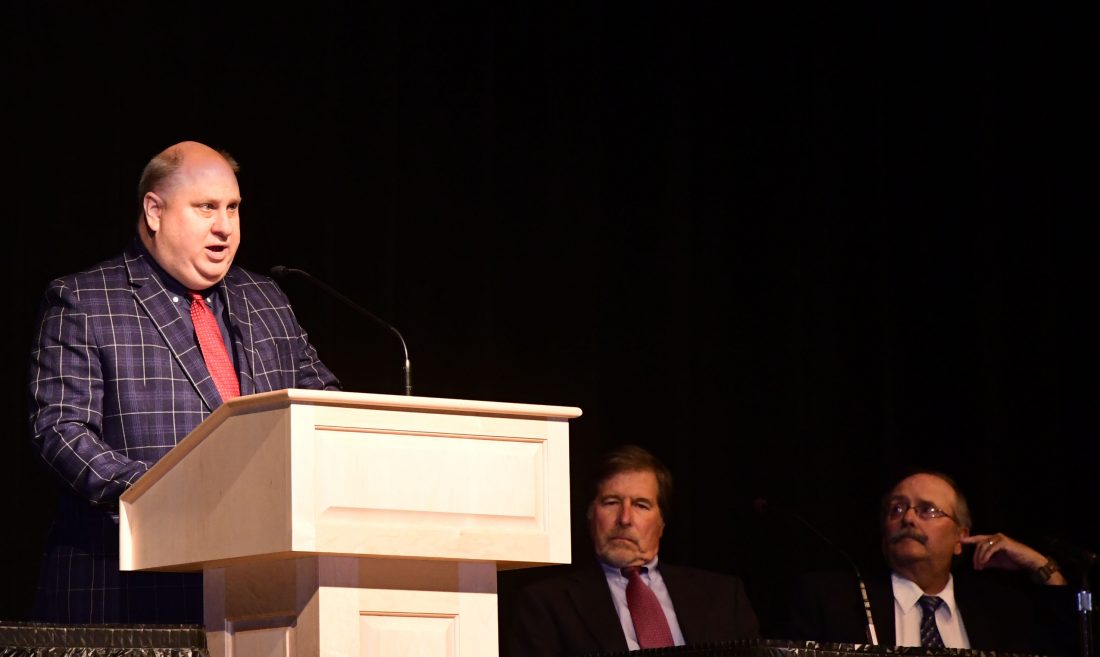 LEWISTOWN — The Mifflin County Farm Bureau hosted a Measure the Candidates event in the Mifflin County High School auditorium Wednesday night. Candidates running for different local offices spoke to the public as to why they should be elected in November’s election.

Kodish was the first of the group to speak. Kodish spoke about economic growth and entrepreneurship. He said finding a stronger skilled workforce of locals will help keep the county strong and build new businesses.

Postal was next to the podium to address the audience. In regards to economic development and principles, Postal said, “Number one principle, don’t spend more money than what you got.” He explained that if the county does not have money to spend, it can’t look for things to spend money on — spending would lead to a deficit and a tax increase.

Postal also said its important to “find every efficiency and cost saving that you can, we should never take the status quo as given.” He said the county should be looking to save money even if it means canceling or restructuring a deal with a group.

Sunderland, the final candidate for Mifflin County commissioner, spoke on taxes and the policy he has for contacting him if there are ever needs from the community. Sunderland said he has never voted to increase taxes and he wanted to make it known that he never would.

“I’m a firm believer in holding the line on spending as well as taxes,” Sunderland said. He added that he has an open door policy and encouraged citizens to bring him their concerns.

There were two candidates for Mifflin County auditor, Helen Kirk (R) and Nancy Laub (D). The auditor position is responsible for keeping the county’s records as accurate as possible and to present them in a timely manner.

The two were asked what the most important facet of the job is. Kirk responded, “We check all the county offices to basically make sure that all the checks are balanced, they have the invoices for the checks that have been written and make sure every account is balanced.”

Laub agreed with what Kirk had to say about the position. Both were asked when they are going over accounts if they would provide an honest overview of the findings, to which both replied “yes.”

The last group of the night was for candidates for the Mifflin County School Board. The candidates included Mary Lou Sigler (D/R), Beth Laughlin (D/R), Terry Styers (R) and Rose Schulz (I).

Sigler is up for another term. Her priorities as a candidate are safer schools, fiscal responsibility and improved education for all students.

Styers spoke on the progress of the school district since 2010. He said the district was trending upward until around 2017, attributing the decline to “unfair and inadequate state funding.”

Schulz is an independent candidate and is new to running for office. Schulz said she is looking to bring a new and youthful perspective to the board. She added that she has a strong passion for community and student care and she wants to bring some creative ideas to the board, if elected.

Laughlin was the last to speak in the group. Laughlin has served for eight years on the board and has been on various other committees.

“I am very proud of the work I have done, we’ve come a long way and we have a long way to go. I hope I can be there to help in that journey,” she said.

The school board candidates were asked by a panel if they would support upgrading athletic facilities like adding turf to Mitchell Field. All of the candidates agreed to see what funding would be available and then determine where it would be best served. The candidates also agreed that the educational needs of students were most important.

The election for local offices will be held Nov. 5. 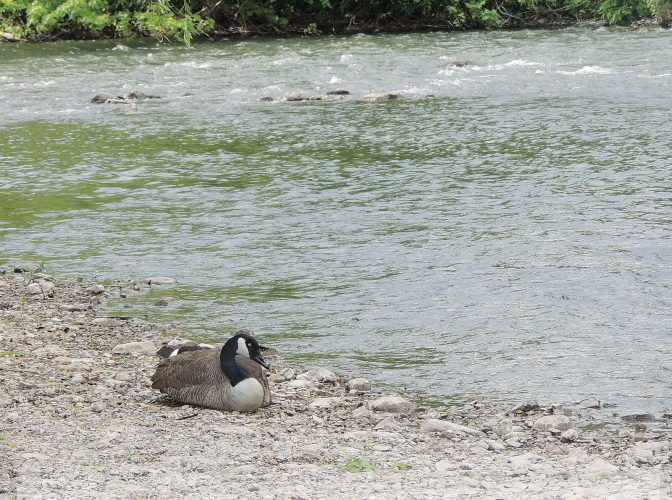 Local farmers market to carry on amid virus

The Mifflintown Farmers Market came into existence in the summer of 2017, an idea that Sayda Diaz had been mulling ...

From staff reports MILROY — A Mifflin County man has been arrested after state police said he shot and killed a ...