MIFFLINTOWN — Juniata County School District’s former director of secondary education has failed to provide sufficient proof to support a claim for injunctive relief, according to a motion filed at the Juniata County Courthouse Friday.

Carl P. Beard, Esquire, Ronald N. Repak, Esquire, and Beard Legal Group, P.C., of Altoona, which is acting as special counsel for the school district regarding a petition for permanent injunctive relief for Edward Apple, requested that the court dismiss the complaint in its entirety.

Repek told The Sentinel on Monday that court proceedings are following “a very aggressive timeline — one of the most aggressive that I’ve been a part of — and that is to make sure it goes smooth for both parties.”

A full-day hearing is set for 9 a.m. Aug. 1 at the Juniata County Courthouse. Franklin County Judge Shawn Meyers will oversee the case.

“We are working in a very condensed time frame to try to work through this as expediently as possible,” Repek said.

Apple’s attorney, Aaron Martin of Mette, Evans and Woodside, in Harrisburg, filed a petition for preliminary injunction at the Juniata County Court of Common Pleas on June 18 to stop the district from terminating his position.

Apple’s complaint and preliminary injunction, in summary, alleged bias on the part of the district’s board of directors. As a result of the bias, Apple sought to enjoin the board from pursuing extended disciplinary action against him and to restore his employment with the district.

The action comes after Apple was served with a statement of charges on May 16. The charges, in summary, include theft of personal property belonging to the school district, petty cash to pay for a birthday lunch, to include alcohol, and consumption of alcohol and otherwise not performing his duties and responsibilities while on paid work time.

According to the document, Apple was suspended without pay by then-interim Superintendent Shawn Kovac on March 7, 8, 11, 12 and 13, and was then put on administrative leave with pay until the completion of the investigation.

The charges followed the sudden resignation of the district’s former superintendent, Keith Yarger, which sparked a state police investigation. As a result of the investigation, Yarger and Apple were served with felony theft charges for allegedly removing items from the closed Lack-Tuscarora Elementary School for use at Apple’s private hunting ground before returning the items to school district property.

Yarger was also charged for misuse of the district’s credit card.

Apple has a preliminary hearing regarding those charges before Magisterial District Judge Jacqueline Leister on Sept. 19.

Per Orris Knepp, Esquire, the Juniata County School District Board of Directors will take action on a revised statement of charges against Apple and conduct a Loudermill hearing Monday.

A special meeting of the board of directors is also scheduled for 7 p.m. Monday to discuss personnel matters and any other business that may arise. 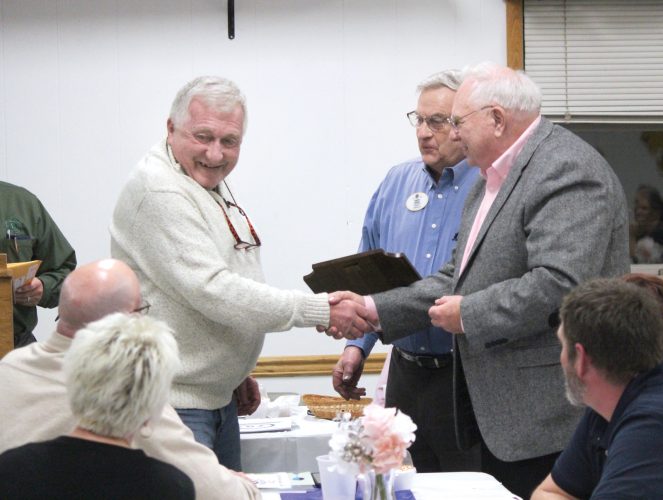