LEWISTOWN — A 27-year-old man, charged in August with two counts of assault and one of resisting arrest, was released on nominal bail Tuesday.

Bail was reduced to $1 for Todd M. Chatman, of Lewistown, after a brief Rule 600 hearing before President Judge David Barron. Jeff Davis, representing Chatman, advised Barron that Chatman has been incarcerated since Aug. 20, 2018, approximately 204 days. According to 234 Pa. Code Rule 600, a criminal defendant is not to be held in pre-trial incarceration for more than 180 days from the date on which the complaint is filed.

Mifflin County District Attorney Christopher Torquato did not oppose the request, but asked Barron to consider supervised bail with drug testing. Barron granted the motion to modify bail, under the condition that the bail be supervised by the Mifflin County Probation Department and said that Chatman is have “no contact with any alleged victim.”

Chatman was charged in August with aggravated assault, simple assault and resisting arrest, after punching a female accuser, attempting to avoid being handcuffed by police and spitting in an officer’s face, according to court documents. Documents indicate that Chatman was reportedly living with two female accusers when each told him, individually, he needed to move out of the residence “because of his behavior.” Chatman reportedly uttered a profanity at the accusers, threw food at them and threw his phone through the television, then started screaming in one of their faces and punching her head until she hit the floor, according to court documents. The other accuser reportedly grabbed Chatman, told him to walk away and Chatman spit in their face. When the injured accuser got up from the floor, Chatman reportedly went after her again and continued to hit her with his fist. The other accuser got between Chatman and the injured female, prompting Chatman to go upstairs, according to court documents.

The two accusers reportedly ran across the street to their neighbor’s residence and called the police. Three officers arrived; two went across the street to interview the accusers and one reported approaching the residence in which Chatman was located. The officer reported knocking on the front door for an extended period of time until Chatman eventually opened the door, swore at the officer and stated he was leaving the residence, then slammed the door shut. The officer waited for Chatman, who eventually exited the residence and sat on a chair on the front porch, according to court documents. 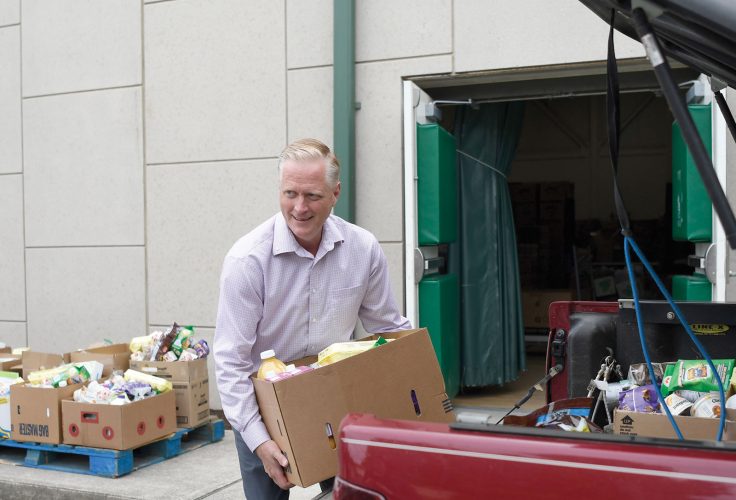