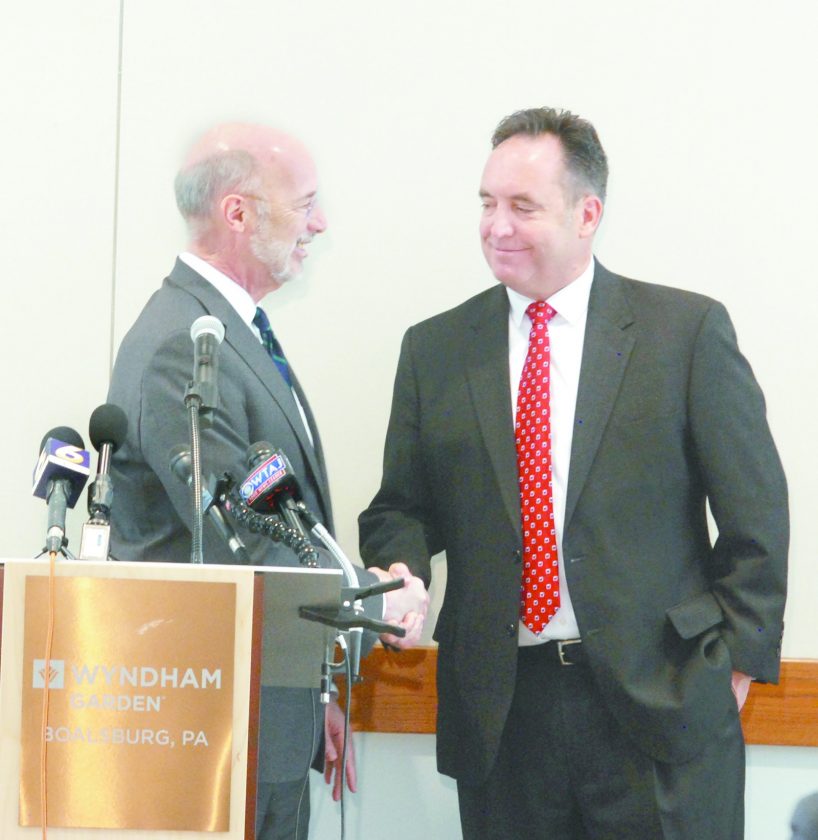 BOALSBURG–Discretionary funds from the Pennsylvania Department of Transportation have been approved to continue completion of the “missing link,” connecting Seven Mountains to the greater State College area via U.S. Route 322. The announcement was made by Gov. Tom Wolf, state Sen. Jake Corman (R-Bellefonte) and state Rep. Kerry Benninghoff (R-Bellefonte) at a joint press conference, Wednesday, at the Wyndham Garden Inn, in Boalsburg.

“This is an important thing,” Wolf said. “This connection has been a significant, local priority for some time and was studied in detail, but unfortunately shelved in 2004, due to lack of funding. In the absence of federal investments that we were promised, I’m happy to announce that we are taking steps to make a long-awaited connection project a reality.”

Wolf announced that PennDOT has committed $5 million for preliminary engineering and research for the estimated $670 million project.

Additionally, Wolf praised Corman for his continued efforts in pursuing the project, expressed his disappointment that federal funding was not committed for the endeavor and acknowledged that PennDOT’s individual investment is uncommon.

“Ordinarily this is not something PennDOT would do on its own,” Wolf said.

Corman shared his personal excitement about the project moving forward and expressed gratitude for Wolf’s support.

“I’m delighted to be joining Gov. Wolf here to make this announcement,” Corman said. “Gov. Wolf inherited this (project) and he’s the one who’s going to fulfill it, for the betterment of this community. This project is of great importance for the thousands who travel this road every day and for the hundreds of thousands who travel this stretch throughout the year. The safety enhancements that will be achieved through this project are vital for our growing community. In addition to improving the quality of life, these long-awaited upgrades will also provide a significant boost to our local economy as it makes the area even more attractive to employers.”

Benninghoff acknowledged the efforts of the

for the next step.

“Infrastructure is one of the best investments we can make,” Benninghoff said. “I’d like nothing more than to see that road completed.”

Local officials and organizational leaders expressed excitement and gratitude for the potential completion.

Moore said the completion of the project would be positive for people who live in Mifflin and Juniata counties, as well as those who work in Centre County and vice versa. Jenny Landis, executive director of the Juniata River Valley Visitors Bureau, said the project would also benefit short-term travelers to the area.

“It will open up more opportunities for lodging in Mifflin and Juniata counties, which will bring more visitors to our doorstep,” Landis said.

Nick Felice, president/CEO of the Mifflin County Industrial Development Corporation, said the project is a positive step for the area and a great advantage for the community.

Mifflin County Commissioners Rob Postal and Kevin Kodish both expressed gratitude to the state for not giving up on the project as well as encouragement for the impact the project would have on the county.

“We thank the governor and state government for keeping this on the radar,” Postal said. “It’s encouraging they are moving ahead without federal funding.”

Postal said he hopes that federal funding will come through eventually and that completing the corridor would allow companies to have quicker access to interstates, which would lower the cost of doing business in the area. Kodish said the completion of the project would mean fewer delays and a more pleasant trip for the myriad of people who travel over the mountain each day.

“Mifflin County’s special location between State College and Harrisburg has positioned us well to capitalize on commuters traveling along the U.S. Route 322 corridor,” Kodish said. “We have a beautiful area. Improved road conditions between Lewistown and State College will encourage more families to consider making our county their home.”

The corridor project started in 2004 then stalled the same year, when federal funding was pulled during the preliminary stages, said Karen Michael, PennDOT District 2 executive director. Michael said the preliminary research is projected to start by the end of 2019 and the three-year construction for the project is anticipated to start in 2027. Thomas Zurat Jr., assistant district PennDOT executive in design, said three alignments were studied in 2004 for a corridor involving Routes 322, 45 and 144. Zurat said significant environmental and residential changes have taken place over the past 15 years, all of which will need to be evaluated when the study resumes. 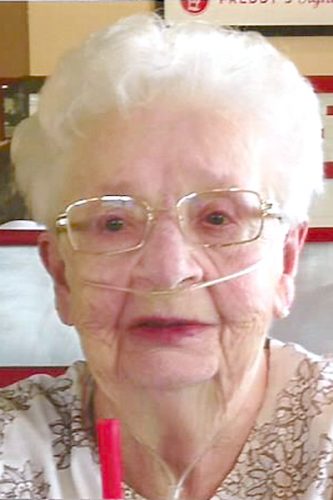